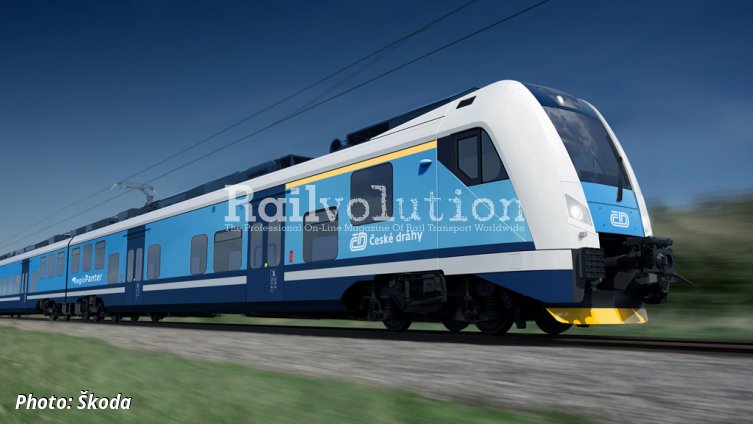 On 13 November 2020, ČD signed a framework agreement worth 9.6 billion CZK (around 360 million EUR) with the Škoda Transportation/Škoda Vagonka consortium for the delivery of up to 60 RegioPanter EMUs with a maximum speed of 160 km/h, almost 240 seats and with ETCS OBU. This is result of a tender announced in summer 2018, where finally only two companies applied - CAF and Škoda.

From the framework contract ČD will gradually order RegioPanters for which it will have financing in the form of contracts with respective regions. In the first phase, ČD would like to order up to 29 trains. The first of them are expected for delivery during 2023.

Currently, Škoda is also working on contracts for 37 RegioPanters for Jihomoravský kraj (JMK, the South-Moravian region; 31 four- and 6 two-car EMUs), 25 for ZSSK (13 three- and 12 four-car EMUs) and 32 four-car for Pasažieru Vilciens of Latvia.

The latest foreign contract for RegioPanters was announced in Estonia, where in late October the state operator Elron declared Škoda the winner of the tender for six three-car dual-voltage units. The contract worth 56.2 million EUR will also include an option for another ten EMUs. Following the contract signing, the new units are envisaged to start service at the end of 2024, when the electrification of the Tallinn - Tartu line is to be completed.