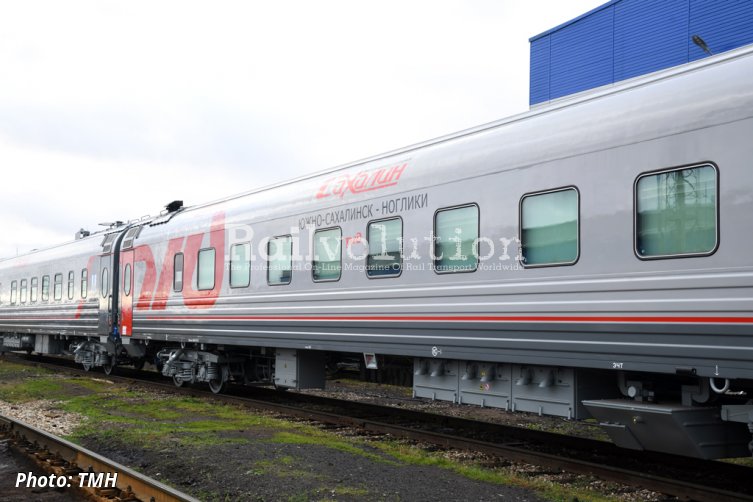 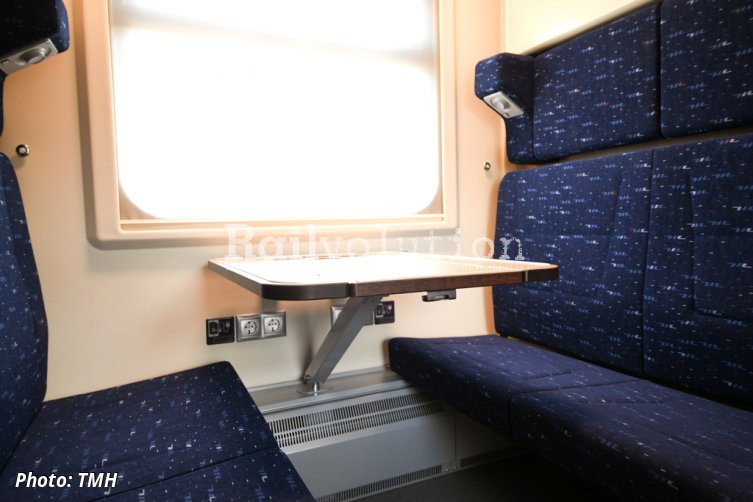 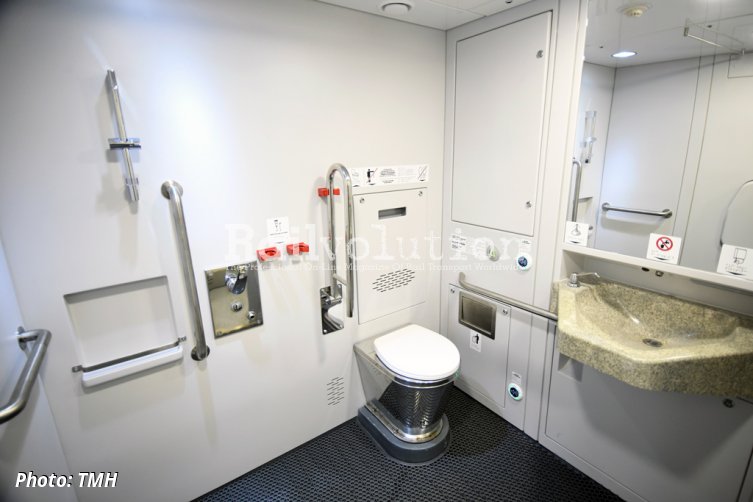 These cars forms part of the new model range which TVZ offers since 2019. This is the first time in Russian rail transport engineering that a double-carriage has been developed - two semi-permanently coupled vehicles. The semi-permanent coupling enables the inter-car gangways to be sealed tightly, reduces the noise level in the interior and enables the inner space to be reconfigured more advantageously.

New on-board facilities in these cars include shower cubicles and tea samovars, sleeping compartments will be provided with individual safes fitted with electronic locks. Spaces will be provided for drinking water fountains, coffee-making machines, and refreshment vending machines. All passenger seats are equipped with personal sockets or USB connectors.

The compartment for passengers with reduced mobility in the shtabny car, is larger than in the carriages of previous models, is designed for four people (including two accompanying persons) and has an individual emergency exit.

The new carriage concept forms part of FPK’s development plan for the period up to 2025.On 14 February 2019, TVZ and FPK (Federalnaya passazhirskaya kompaniya, an RZD subsidiary) signed a contract for 3,730 carriages for use on long distance services in locomotive-hauled trains, deliveries to run between 2019 and 2025.

These new carriages designated Vagon-2019, Vagon-2020 and Vagon-2023 are to be designed, developed, built and certified by TVZ. They will be a mix of single and double deck vehicles, of a range of types, including sleeping cars (both compartment and „platzkartny“), day cars, staff cars and restaurant cars. One notable development will be the construction of driving trailers, thus enabling push-pull operation to be implemented for the first time in Russia.

The contract, including VAT, is worth 284.4 billion RUB (about 3.8 billion EUR) and in addition to being part of FPK’s development strategy up to 2030, complies with the transport policies being pursued by the Prime Minister and the Russian Ministry of Transport.