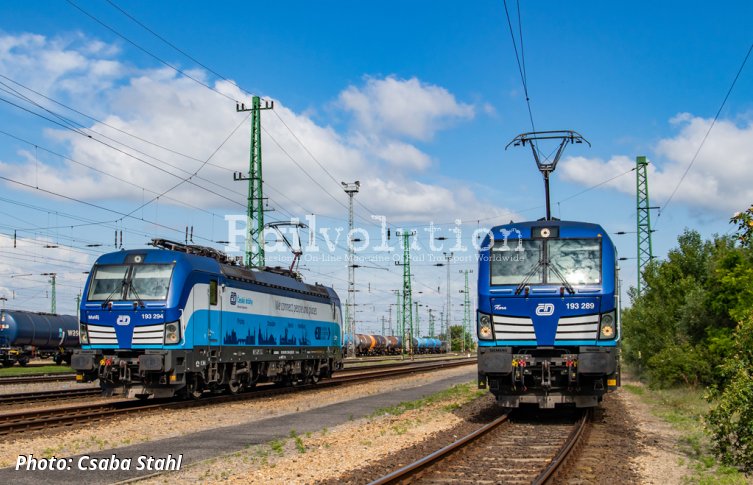 On 3 June 2020, locomotives 193 289 and 193 294 underwent the approval runs required for the issuance of a permit to operate in Hungary. The other of the ten Vectrons, which ČD hires from ELL, have completed this already before leased to ČD in late 2017.

Basically, the ČD Vectrons are employed with the haulage of express trains on the Praha to Berlin and Hamburg route. The aim to have all ten Vectrons cleared for operation in Hungary is realised with regard to the intention of a direct hauling of the EC 172/173 “Hungaria” Budapest - Praha - Hamburg trains by these locomotives from December 2020 timetable change. However, it is not yet certain that the Budapest - Hamburg direct service will be maintained. On account of upgrading infrastructure on various stretches of line of the Czech main corridor, the journey times will be slightly increased, which might result in need to split the route of this train in Praha.

Vectrons should in any case appear at the head of EC trains between the Czech Republic and Budapest in the 2021 timetable. ÖBB intends to haul the EC 104/105 services without change of locomotive on the Graz - Bohumín line, using its Class 1293 Vectrons, which will result in the latter to haul moreover the EC 130/131 services between Bohumín and Budapest, to achieve optimal use of the locomotives.

Furthermore, ZSSK is considering to replace its elderly Class 350 locomotives with the Class 383.1 Vectrons (which ZSSK has on hire from S Rail Lease) hauling the Praha - Budapest EC trains, and this could become reality already in the course of the year.