RJ Is Preparing Operations To Hungary and Croatia 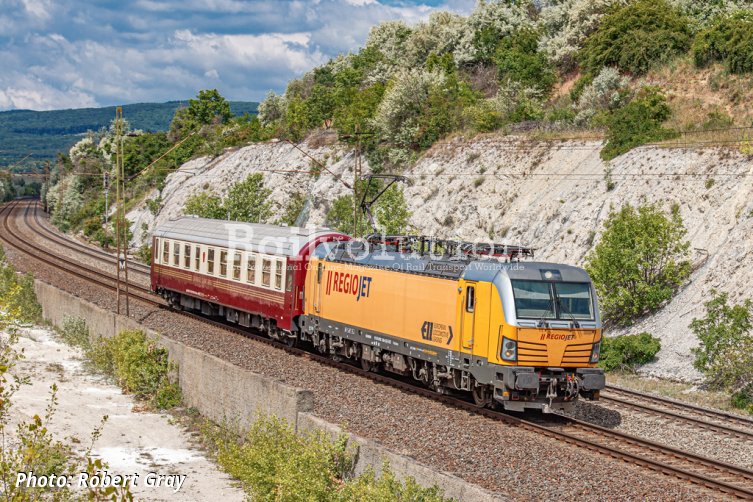 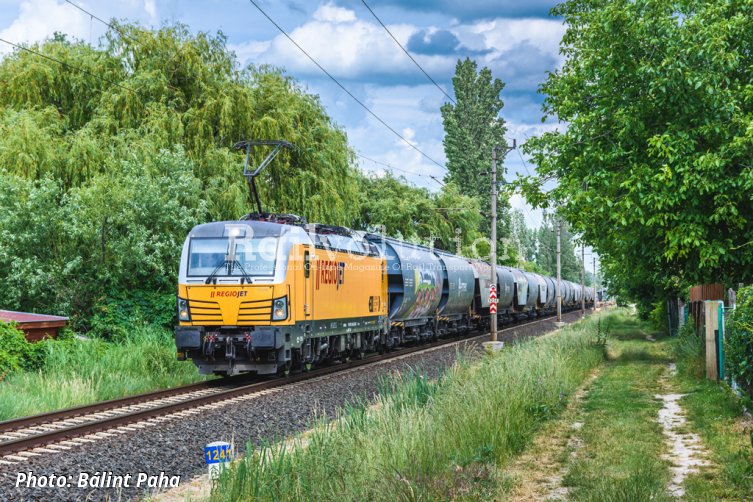 On 2 June 2020, locomotives 193 205 and 206, which RegioJet hires from ELL, completed the approval runs required for operation in Hungary.

This happened in preparation for RJ's entry on the Hungarian network. RegioJet plans to operate two Praha - Brno - Wien - Budapest daily train pairs, as an extension of two of its four Praha - Wien services, and Praha - Rijeka summer season services, the latter being announced on 1 June and supposed to be launched on 30 June 2020.

The mandatory notification of the planned new service submitted to the Czech Transport infrastructure access authority regulatory body ÚPDI shows that the Praha - Rijeka train will be operated as an extension of existing RJ 1044/1047 Bratislava - Praha services and routed via Hodoš border station and Ljubljana, enabling traveling to the latter city too.

RJ plans now to launch the Praha - Wien - Budapest services sometime during July, depending on progress with borders re-opening.

In Hungary, Continental Railway Solution (CRS) will be partner for operating these services, and WESTbahn in Austria. Both these operators will provide locomotive drivers, train guards and operating license for these trains, while RJ stewards will be on board the whole journey. Therefore, the 193 206 remained in Hungary after completing the approval run, for further training of the CRS personnel.

In Slovenia and Croatia, RegioJet will cooperate with the local state operators SŽ and HŹ, which, in addition to the above, will also provide a locomotive on their territory. Direct hauling by RegioJet’s Vectrons as far as Rijeka is not even theoretically possible, as some Slovenian sections on the concerning route are still approved for a 20 t axle-load only.

Actually, RJ submitted three announcements to the ÚPDI, the other for Praha - Budapest Kelenföld - Ogulin - Split and Praha - Budapest Kelenföld - Zagreb - Ogulin routes, with various timetables. However, RegioJet announced that it is not considering the operation of these routes at this moment, which also applies to the possible transport of cars, which is also mentioned in all three notifications submitted.