RJ TRAXX On A Freight Train 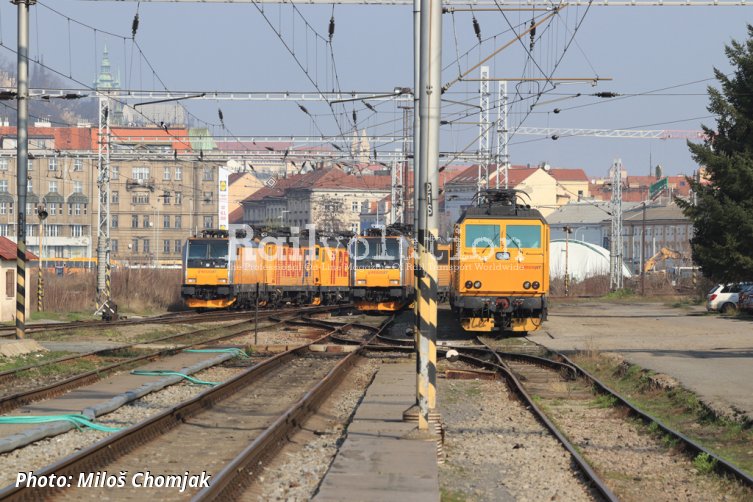 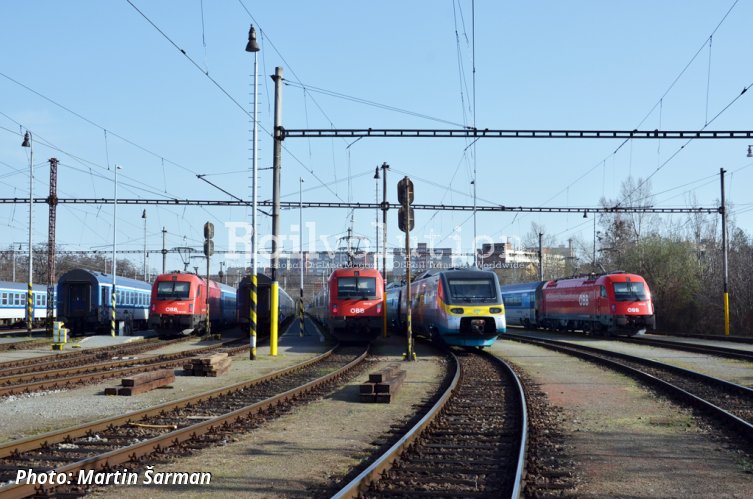 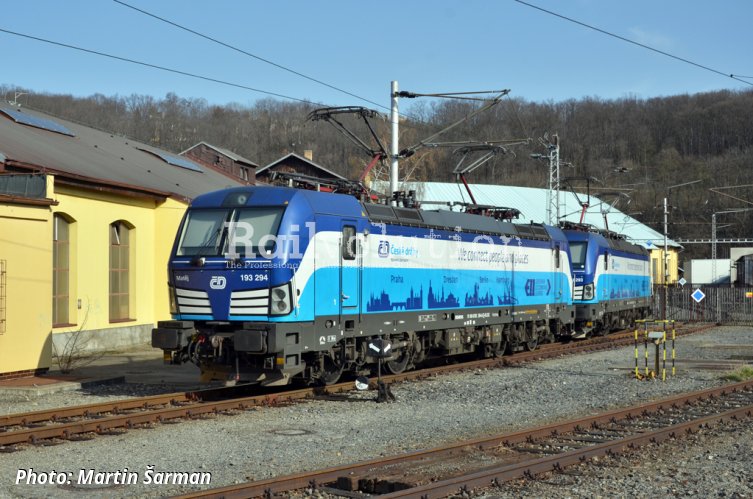 On 2 April 2020, RegioJet's TRAXX 386.202 was provided for two RailTransport-Stift trains: for transporting timber between Kardašova Řečice and Františkovy Lázně and subsequently for hauling an empty train from Cheb to Lovosice. The locomotive was only provided for this day, but similar use may be repeated in the future. Otherwise, RJ continues to use two to three TRAXXes on its Praha - Brno open access line and three Vectrons for the Brno - Bohumín PSO express trains.

At ČD, all seven Class 1216 ÖBB Tauruses, operated in the common ČD/ÖBB railjet services, are idling. Of the ten Vectrons hired by ELL, only one is used on the R 698/679 Praha - Děčín services, operated on weekdays. The limited number of drivers trained for this type is an obstacle to the wider use of Vectrons within the Czech Repbulic, since the borders were closed and the adequate trains are among those whose operations have been completely stopped.