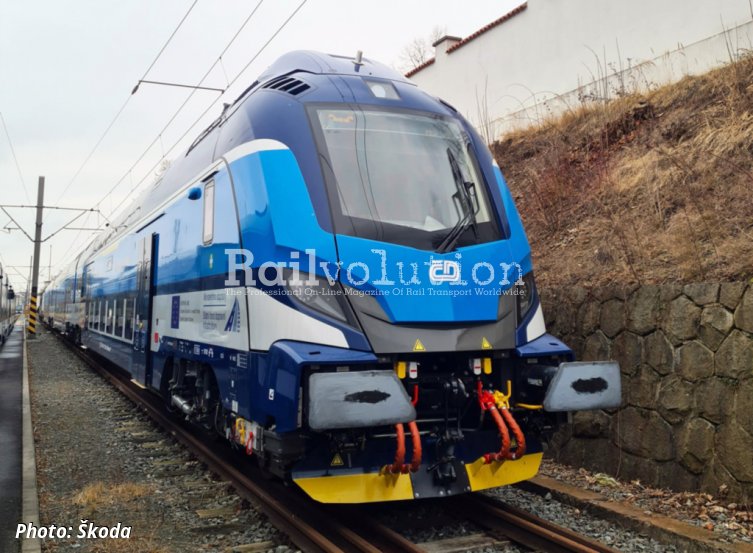 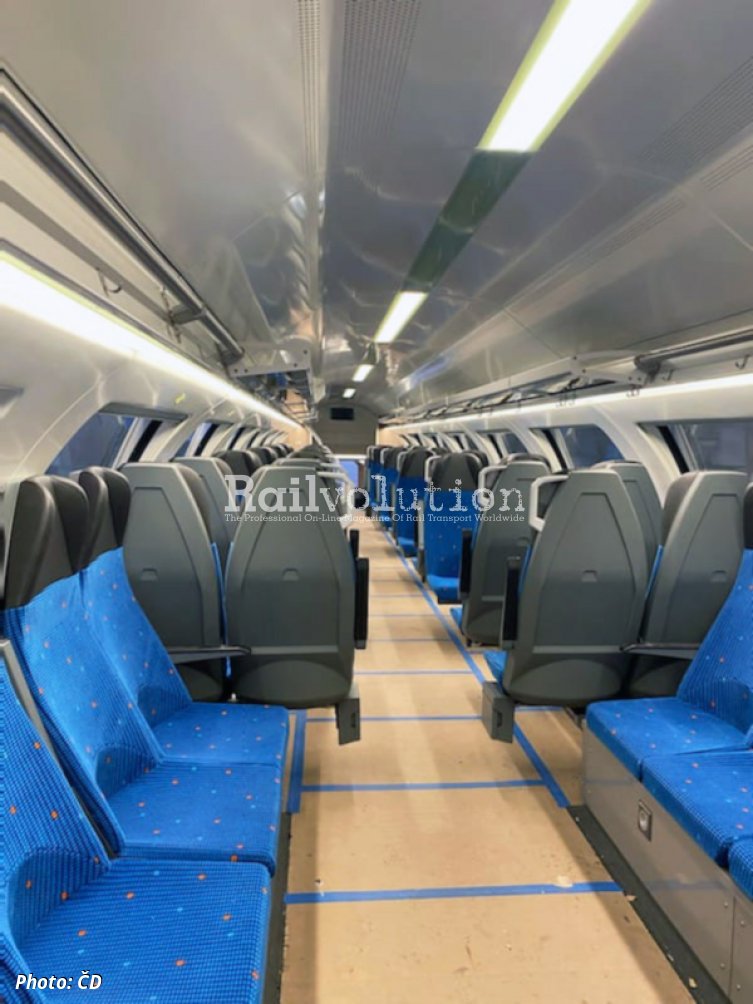 Škoda Vagonka continues with the project of five push-pull double deck rakes for ČD, intended for services in Moravskoslezský kraj (MSK, Moravian-Silesian Region). They will consist of a Class ABfbdmteeo driving trailer, a Class Bdmteeo297 intermediate car and a Class Bdmteeo298 end car.

By the end of February, the bodyshells for all five rakes have been completed at Škoda Vagonka works in Ostrava. While the first driving trailer was sent to the RTA Rail Tec Arsenal climate tunnel on 22 January 2021 (from where it is to return at the end of March), one complete rake, number 002, went to Škoda Plzeň on 21 February for testing of a control software.

After the completion of the tests, this non-traction unit will be moved to the VUZ Velim test centre. According to current plans, the first of these new push-pull trains is expected to start passenger service in late autumn 2021, being hauled be the modified Class 750.7 locomotives.