What Real Benefits Can Bring The Creation Of „Alstombardier“? 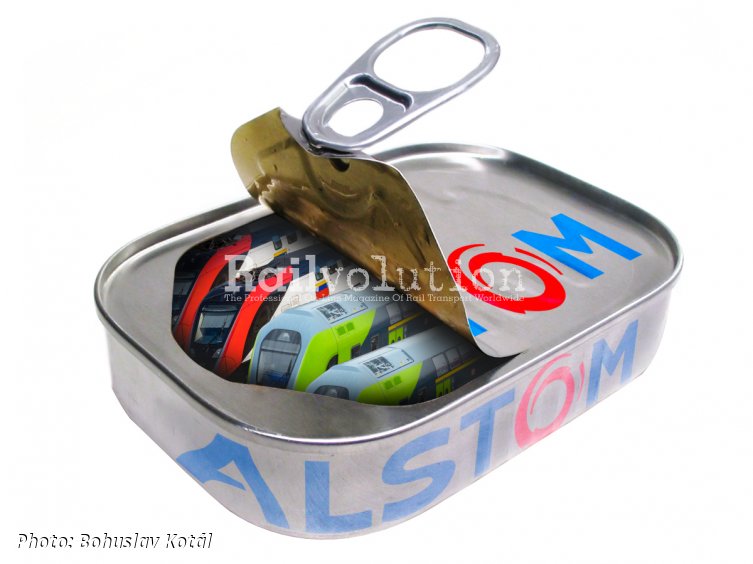 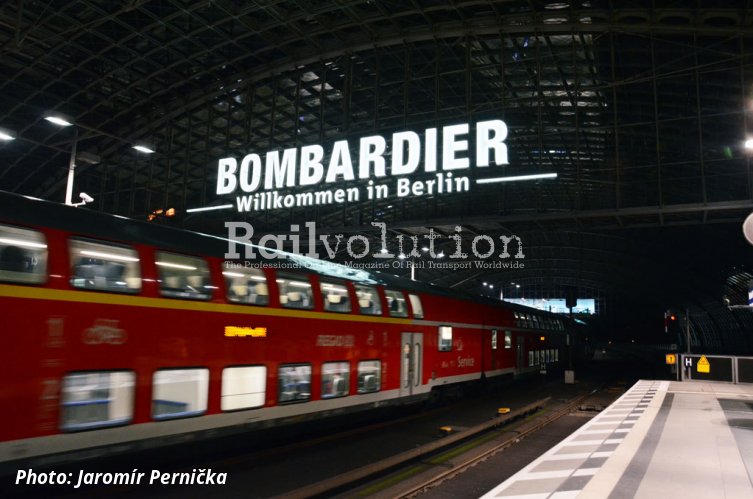 Since early 2020 (until the outbreak of COVID-19 problems) most of the railway and other media were employed by the plans to merge the transport divisions of Alstom and Bombardier, when on 17 February Alstom officially confirmed that it is negotiating with Bombardier for a possible acquisition of its Bombardier Transportation (BT) division. This intended acquisition therefore represents a difference from the earlier planned merger of the transport divisions of Siemens and Alstom, which a year ago, in February 2019, ended in rejection by the European Commission and which was also driven by efforts to move closer to the CRRC group, at least in terms of turnover.

According to Alstom, with the acquisition of Bombardier Transportation, the strengthened Alstom Group would have an annual turnover of approximately 15.5 billion EUR, which is roughly double of the current level. The total value of present orders of the „new“ company is envisaged to rise to around 75 billion EUR. However, as in the case of the earlier considered „new mobility champion“ Siemens Alstom, some doubts can also here be expressed about the real effects of the new Alstom/Bombardier transaction, or, most importantly, about actual benefits for customers.

Will „Alstombardier“ Trains Be Cheaper?

This time we didn't waste time asking Alstom whether, after the possible takeover of BT, its trains will be cheaper than before thanks to synergies, because already in September 2017 the same question was answered by Alstom that it was too early it to consider this matter. Moreover, we can assume that there will be no drop in the price of Alstom, or rather of „Alstombardier“ products, although this aspect should be an important element in the fight against the CRRC.

It can also be assumed that even this time the management does not deal with such „details“. In his focus, the main parameter will be to increase the turnover of the „new“ Alstom in order to be in this respect as close as possible to CRRC. However, similar to the intended Siemens Alstom conglomerate, also „Alstombardier“ will still achieve only about half the CRRC's turnover (which amounts over 30 billion EUR). This result is, however, logical, as Alstom, Bombardier Transportation and Siemens Mobility are relatively balanced in terms of turnover, market share and product portfolio. So the company’s turnover and other internal parameters are of particular interest only to managers and economic analysts, but they do not automatically mean success at the customer.

On the contrary, for managers and owners of Bombardier, based in Montreal, the new Alstom intention brings another chance to get rid of the unwanted Transportation Division when in the merger negotiations with Siemens, which began in early 2017, Bombardier was unexpectedly replaced by Alstom, and when even earlier discussions with China in 2015 did not lead to the desired result (then the state-owned Beijing Infrastructure Investment Co. offered 8 billion USD).

For Bombardier, this is a way to get out of the company's debts that have been incurred for many years in its Aviation Division, although the group has undergone various restructurings in the last few years. As a result, Bombardier sold a large part of its aviation business and, following approval by the European Commission in February 2016, it sold a 32.5 % stake in BT to the Canadian investment company Caisse de dépôt et placement du Québec (CDPQ) for 1.1 billion USD.

According to the data available, Alstom could pay for Bombardier Transportation about 7 billion USD, which would help Bombardier get rid of a debt of about 9.3 billion USD and to focus only on the jet manufacturing.

At the same time, it is worth remembering that Alstom itself has twice received a huge financial injection from the French state in less than twenty years:

- in 2004, when the company was on the edge of bankruptcy due to losses caused by unexpected costs following the acquisition of the turbine division from the Swedish ABB group, but also due to losses in other business areas, including rail transport, where it had major difficulties in delivering trains to the UK. Therefore, with declining annual turnover and declining customer confidence, the Alstom Group made a net loss of 1.86 billion EUR in the 2003/04 business year, after which it demanded State aid of 3.2 billion EUR. As a result, Alstom had to sell many divisions, including Marine and T & D (electricity transmission and distribution) to comply with EU state aid rules.

- in 2016, when under the agreement with the French government in October that year, in order to save the Alstom Belfort works, many TGVs and other rail vehicles were ordered in various ways (in a more or less transparent way).

In February 2020 we asked Alstom how many of the above mentioned 70 million EUR had already been invested to its Belfort site and how, but we did not receive an answer, despite reminders. What is sure, at least, that so far no any new version of the Prima H4 locomotive was unveiled.

Back To The Alstom's Acquisition Of BT

Last but not least, the intended transaction raises other questions, such as what benefits may bring joining the transport divisions of the two companies, which are in long term suffering from the lack of workload for some of their factories? Examples may be the Alstom works in Belfort or Reichshoffen, or in Salzgitter (for the latter works the Alstom management alternately announces the periods of good prospects and of an uncertain future...).

At Bombardier, years of speculation about the fate of the Bautzen, Görlitz and Hennigsdorf works are certainly worth mentioning. Recently, they were joined by discussions about the Vado Ligure plant, which lost significant workload after finishing production of the Class E464 single-cab electric locomotives, of whose over 700 have been built for FS and other Italian operators.

One can expect that Alstom's intention following acquiring BT will be to „optimise“ the product portfolio (as it was anticipated in the case of a planned Siemens Alstom merger). In other words, the number and scope of various sites, and of workforce, will be reduced. This will probably be the case of factories producing EMUs, metro trains and trams, where there is a lot of overlap in the both companies’ portfolio. However, the question is whether this would mean any advantage for the customer ...

In this context, it can be assumed that for the „new Alstom“ it would probably be easier to reduce the production capacities in Germany than in France, where Alstom is at home. All the more so as Bombardier has already closed many factories in the past in Germany (Ammendorf, Niesky, Vetschau, Aachen...) and in other countries.

What Can Be The Benefits?

Another question is how the functioning and economic results of Alstom will be affected by take-over of Bombardier Transportation, the company which is still in restructuring, and which now has lower profits and has been facing significant problems for many years with quality of its trains and delivery delays (including penalties), especially in the segment of ​​EMUs and push-pull trains.

Apparently, the Alstom experience from the beginning of this millennium has already been forgotten, when the company appeared on the edge of bankruptcy as a result of hidden problems in industrial turbines contracts inherited from ABB... To resolve problems, for example, with IC2 push-pull trains for DB or with TWINDEXX Swiss Express EMUs for SBB certainly will not be easy, nor cheap (who will remember now that initially, in 2010, it was expected that SBB FV-Dosto EMUs will start regular service in December 2013?).

Nevertheless, Alstom, by taking over BT, could get the successful TRAXX family which, at least in Europe, could strengthen its position in the locomotive sector. And another product, which is missing in Alstom's portfolio, is monorail.

But where it would be possible to look for true benefits of the new acquisition, this is the ​​software development - combining the present capacities of both Alstom and BT it would be theoretically possible to achieve synergies and speeding up in the approval of required documents, validations and certifications. And just this could be a really advantageous result for the customer, because the software development of all systems and their mutual integration into the vehicles is probably the most challenging problem of vehicle production and authorisation today. Most of delays in the delivery of new vehicles are on account of these problems.

It now remains to wait how the described intention for the takeover of BT by Alstom will be assessed by the regulatory and antitrust authorities. And last but not least, the question also arises as to whether the proposed transaction may not be affected by current coronavirus problems...

An indication may be the very recent efforts of Bombardier to reduce jobs in Germany. In early June Bombardier announced the new round of cost savings. The company demands that employees cut their wages (Christmas and Holiday pay, and wage increases) and work more hours per week. Bombardier also wants to cut another 1,000 jobs of present 6,300 in Germany in order to save 125 million EUR.

Michael Fohrer, Bombardier Germany CEO, speaks about a „third pillar“, in which the employees should participate in the recovery of the company by reducing costs: „Some of these measures are drastic but absolutely necessary.“ It should be noted that only three years ago, Bombardier reduced its 2,200 jobs in Germany of its then workforce of 8,500.