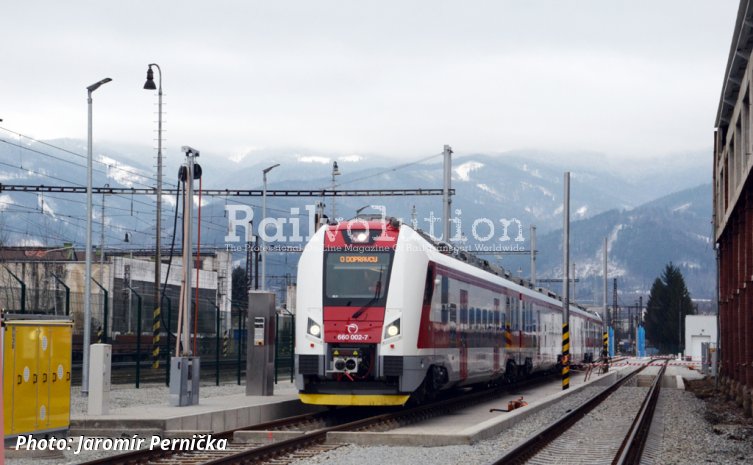 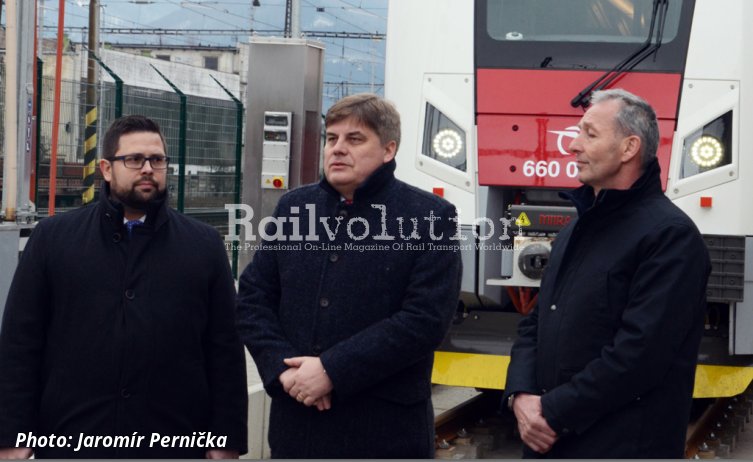 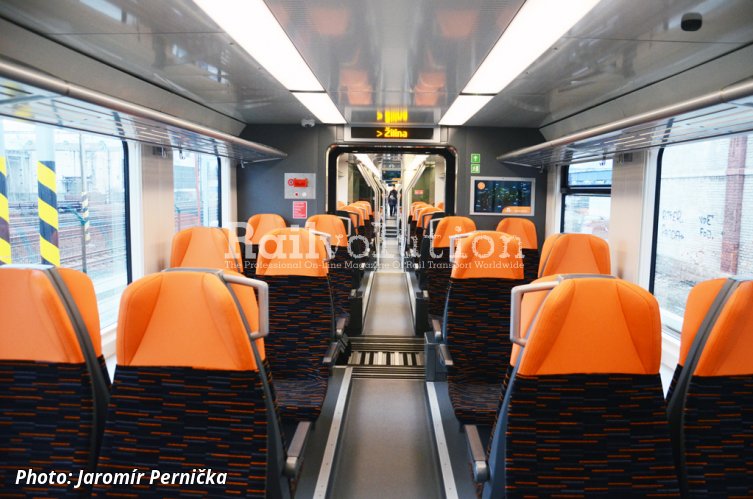 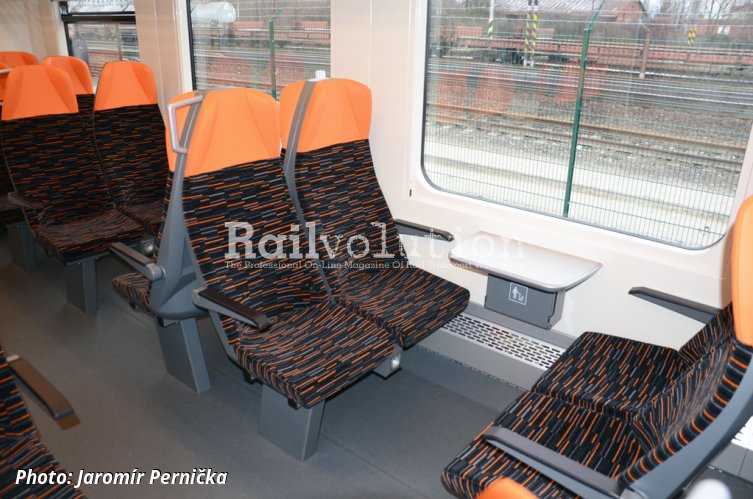 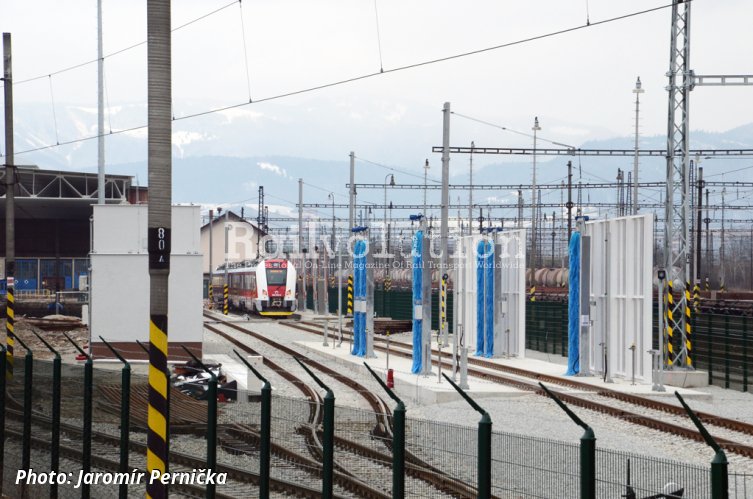 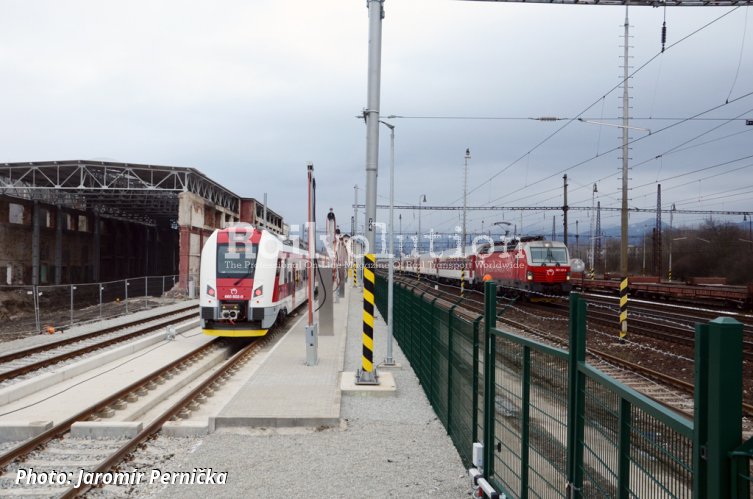 On 6 February ZSSK unveiled one of its future new RegioPanter EMUs, 660.002/802, forming batch of 25 to be delivered by Škoda Transportation and its consortium partner ŽOS Trnava starting in the summer of 2020. The event took place in Vrútky, on the premises of ZSSK’s new Technical and hygiene maintenance centre (THÚ), currently being built in the former locomotive depot, which was closed for many years. On 30 January 2020 ZSSK began the approval procedures of eight new or rebuilt facilities.

Following the presentation, the second Class 660, whose powered end cars are numbered 660.002 and 802, returned to the Czech Republic for further testing. Apart from the first two units, the batch-built trains will be produced in cooperation with ŽOS Trnava, which will be involved in the assembly and testing of units. Under a 160 million EUR contract, between 2020 and 2022 ZSSK is to take delivery of 25 new dual-voltage (3 kV DC and 25 kV AC) 160 km/h RegioPanter EMUs, as part of its rolling stock modernisation programme. These are to be used on Žilina - Trenčín, Žilina - Čadca - Zwardoń (in Poland) and Žilina - Liptovský Mikuláš lines.