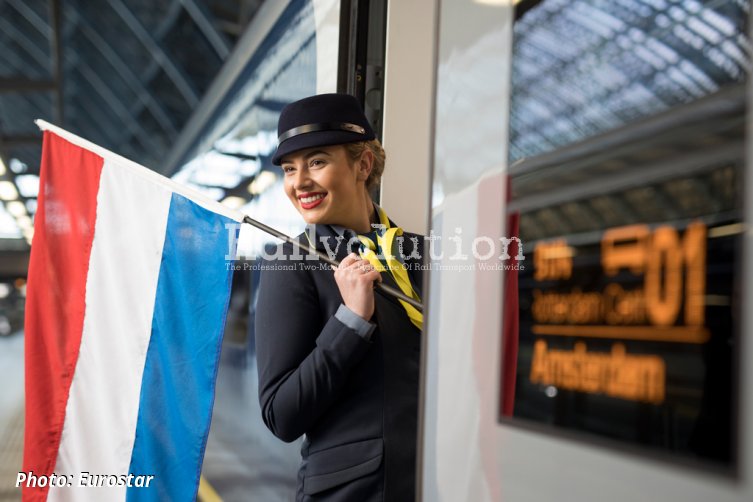 Eurostar reported a positive performance and record sales revenues in the third quarter 2018. Passenger numbers were up by 12 % (3 million in 2018) compared with the previous year (2.69 million), and sales revenues grew by 17 % (247 million GBP in 2018 vs. 211 million in 2017). This robust performance was driven in part by the strength of the business market with the volume of business customers growing by 21 % compared to the same period in 2017, as business travellers increasingly choose the ease and comfort of high speed rail over plane for cross Channel travel.

The rise in the number of passengers from the USA, as reported earlier this year, continued into the third quarter with a 6 % increase year-on-year, as visitors were drawn to Europe to enjoy the world-famous Ryder Cup golf tournament in Paris in September. Leisure traffic has been boosted by the success of Eurostar’s new service between the UK and the Netherlands, with an additional 130,000 passengers travelling to Amsterdam and Rotterdam by high-speed rail since the service launched in April this year.

To meet demand, Eurostar will introduce a third direct daily service from London in June 2019, and has plans to run four trains a day when the governments introduce border controls in the Netherlands at the end of next year, with ambitions for five daily services in the future. Mike Cooper, Chief Executive of Eurostar, said: “After a strong summer period the business has continued to perform very well, buoyed up by our new London to Amsterdam service which has transformed travel between these important capital cities. The potential of our Amsterdam route is significant as the Netherlands is becoming increasingly popular as a business and tourist destination.”