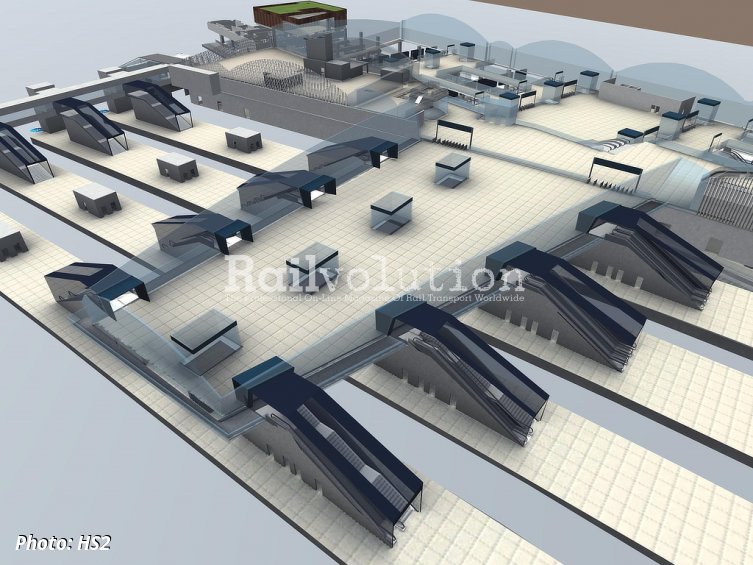 On 17 January 2022, HS2 Ltd confirmed that TK Elevator has been awarded the framework to deliver around 300 lifts and escalators for the four major new stations being built as part of the HS2 high speed rail project. In total, Birmingham Curzon Street, Interchange, Old Oak Common and the new HS2 platforms at London Euston will need more than 160 lifts and 130 escalators to help hundreds of thousands of people access HS2 trains every day.

TK Elevator - which employs around 400 people across the UK - has been awarded a framework agreement, with the final value expected to be worth between 207 and 316 million GBP depending on the number of lifts and escalators needed. This flexible approach will allow HS2 to vary the number of lifts and escalators in line with station requirements as the designs are finalised. As well as manufacture and installation, the framework also includes maintenance for up to 20 years.

All the new stations in London and Birmingham will be zero carbon in terms of day-to-day operation, and fully accessible, with step-free access from street to train. Placed end to end, the escalators would stretch more than 3 km - longer than the Forth Rail Bridge. The longest escalators will be at Old Oak Common, in west London, which will take passengers 13.5 m up from the subsurface platforms to concourse level. In total, the new station - where HS2 meets Crossrail services to Heathrow and the West End of London - will boast more than 50 lifts and escalators.