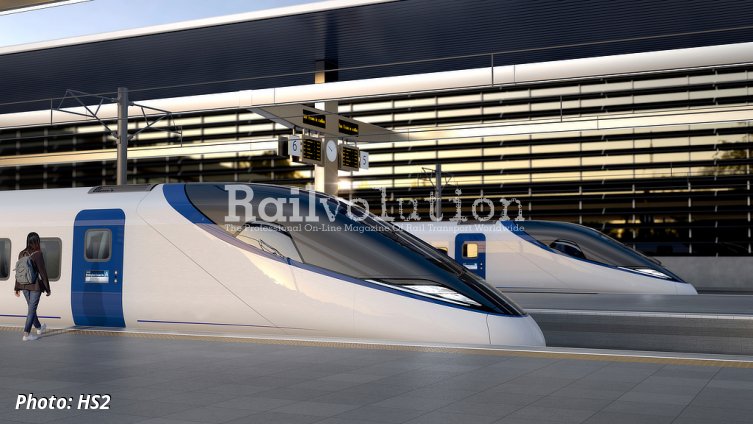 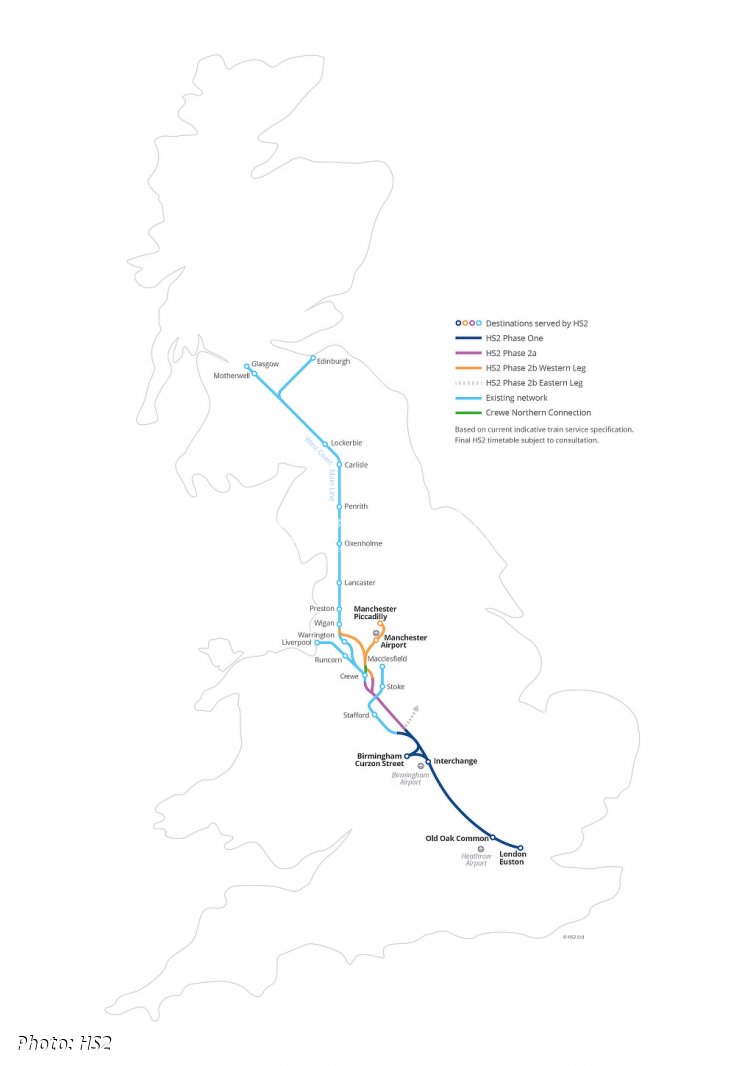 The prospect of high-speed journeys adding extra capacity into the rail network, and helping to close the distances between towns and cities in the Midlands and North, took a giant leap forward on 24 January 2022 as the Bill for the Crewe - Manchester extension of the HS2 network was submitted to Parliament.

The Bill sets out legislation for the next phase of Britain’s new high-speed railway (known as the Phase 2b Western Leg), which will free up capacity on the congested West Coast Main Line and deliver significant connectivity, reliability and journey time benefits for passengers travelling between Scotland, the North, the Midlands and the South East. The Bill, called the ‘High Speed Rail (Crewe - Manchester) Bill’, seeks powers to construct and operate the Phase 2b Western Leg.

The investment plugs towns and cities all the way up to Edinburgh into the spine of Britain’s new high-speed transport network, making its journeys more accessible for millions of people and helping to take cars and lorries off the roads. The 85 km route includes new high-speed stations at Manchester Airport and Manchester Piccadilly, and provides the critical infrastructure required for Northern Powerhouse Rail and provision for new Metrolink routes, making Manchester the best-connected city outside of London.

Commuter towns south of Manchester could also feel the benefit when new high-speed trains shift onto the dedicated HS2 track. Up to three new train paths per hour could be released between Crewe and Manchester via Stockport, and the number of seats on services between Crewe, Stoke-on-Trent and Manchester Piccadilly could more than double during the evening peak as a result.

Investment would also give the green light for a new junction north of Crewe, known as the Crewe Northern Connection, for a future NPR scheme which could allow up to seven high-speed trains per hour to call at the town. As well as boosting connectivity to the heritage railway town, the infrastructure facilitates better links between Chester, North Wales and Birmingham and Shrewsbury and Manchester. Combined with the Government’s plans for Northern Powerhouse Rail, the Crewe Northern Connection could also facilitate faster journeys between Liverpool and the capital.

Delivery of the Phase 2b Western Leg fuels an employment boost for the North. 17,500 jobs are forecast to support the construction programme and thousands more are expected as plans for new homes and commercial development around the new Piccadilly and Airport Stations spring into life.

The announcement of 24 January was coupled with confirmation of the HS2’s Minister’s decision to include plans for a rolling stock depot north of Crewe and a smaller depot and train stabling facilities in Dumfries and Galloway in the scheme proposals. The depots would support the creation of hundreds of permanent skilled jobs.

HS2 has already announced that its trains will be powered by zero carbon energy from day one, offering a cleaner alternative to long distance car journeys and domestic flights. Plans for the Western Leg extension of HS2 fully support that vision with journey times between Glasgow and the capital slashed by 49 minutes and Edinburgh and Birmingham made 43 minutes faster.

Construction of the Phase 2b Western Leg sets a further aspiration for cleaner, greener travel by becoming the first major infrastructure project to set out its ambition to deliver a net gain in biodiversity.