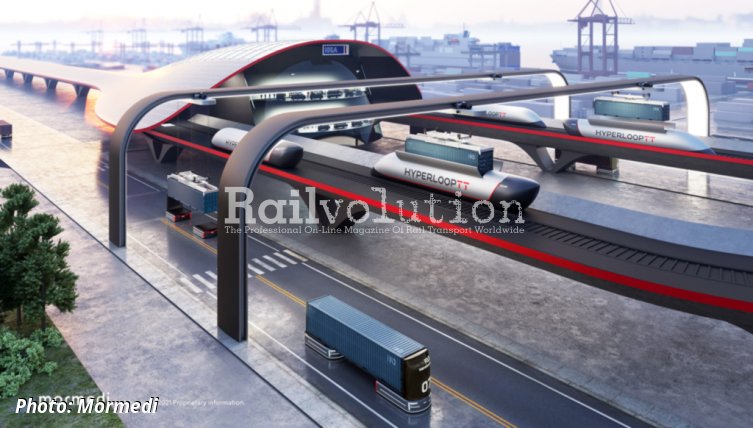 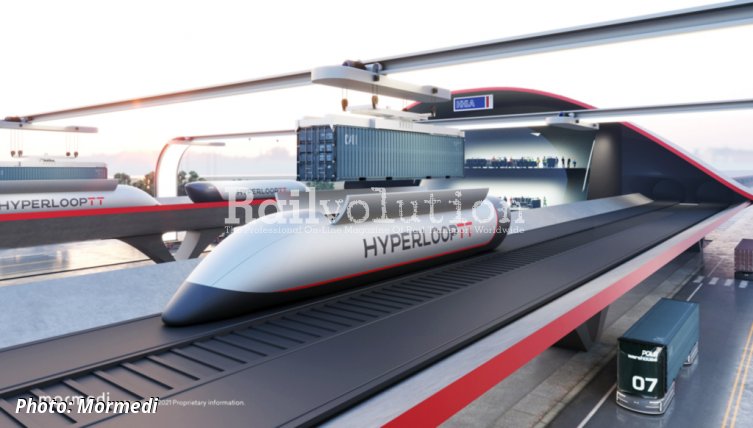 On 6 July 2021, HHLA announced that together with the  US research and development company Hyperloop Transportation Technologies (HyperloopTT) it will present a virtual reality demonstrator at the ITS World Congress which is to take place in Hamburg from 11 to 15 October 2021.

The conclusions reached in our series of articles The Train-In-A-Vacuum-Tube Fantasy demonstrated that the use of Hyperloop technology for passenger transport is impractical and contradicting the laws of physics.

Nevertheless, it is remarkable how many Hyperloop projects are still being prepared, on a worldwide scale, although none of the announced projects have been implemented so far, in particular the first commercial Hyperloop line which was announced in January 2019 to be built in the United Arab Emirates with the aim that the first 10 km stretch of tube would be completed by 2020.

Now, HHLA states that „The concept makes it possible to transport containerised goods at high speed over hundreds of kilometres. The system can reliably, efficiently and safely move up to 2,800 containers a day. The individual HyperPort transport capsules provide room for two 20-foot or one 40- or 45-foot standard or high cube container. The HyperPort capsule, the infrastructure and the system components are currently being further optimised. HyperloopTT and HHLA entered into a cooperative agreement at the end of 2018. Their first step was to develop a design study based on their technical concept for the HyperPort. The next step is a construction-based virtual reality demonstrator to be presented exclusively at the ITS World Congress.“

It's interesting that even after all these years, someone can present pictures of the Hyperloop that defy the laws of physics and ignore the real problems of this intended vacuum transport. So we can only wait to see how long it takes before HHLA (and other companies and subjects) will conclude that the vacuum Hyperloop technology is physically unrealistic...