Rail Traffic At Göteborg Port At An All-Time High 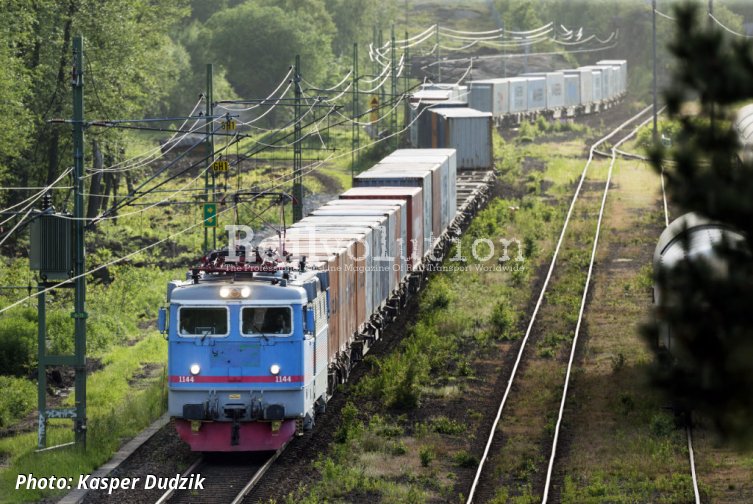 The increase in rail traffic looks set to continue at the Göteborg Port with a new record for rail-borne freight passing through the port. Some 458,000 TEUs were handled during 2021 - the highest annual figure in the port’s 400-year history. The increase, up 9 % on the previous year, can be ascribed in part to the introduction of four new rail shuttles, linking the port to Pitea, Gävle, Fiskarheden, and Jönköping.

The existing system has also been expanded, with more departures and an even higher loading rate. Topping the list of destinations was Falköping, where traffic rose by 27 %, followed by Nässjö and Karlstad at 19 %.

“There is considerably more interest compared to a few years ago, and at the moment everyone wants to take the train. This can be largely attributed to the high capacity that only rail transport can offer and to growing environmental awareness among transport purchasers. Rail has extended its lead over road transport even further following the sharp rise in diesel prices and the shortage of drivers that became increasingly apparent during the pandemic,” said Antti Laakso, Senior Logistics Development Manager at the Göteborg Port Authority.

The port has followed a long-term strategy over the past 20 years aimed at consolidating and expanding the rail structure at the port following the launch of the Railport Scandinavia concept. This has taken place in close partnership with various companies and organisations, including the Swedish Transport Administration and the terminal operators.

“The system has become more consistent in line with the expansion and upgrading of the Port Line, which runs right up to the quayside. Inside the port, operating efficiency has increased following extensive investment in rail-linked transloading facilities and in particular the focus on rail handling at the container terminal by APM Terminals. This has further enhanced our standing in the market,” said Antti Laakso.

The proportion of rail-borne container freight has also risen. More than 60 % of container freight passing through the port is now transported by rail – a figure that most of the other major international ports can only dream of.

The Göteborg Port Authority firmly believes in the continued development of freight transport by rail. During the coming year, the number of containers handled is expected to exceed 500,000. Despite this, there will be challenges. Rail operators anticipate considerable pressure from transport purchasers, and capacity within the Swedish rail network will need to expand more rapidly to meet demand.

“The general consensus has long been that the development of freight transport by rail is positive for the environment and the competitiveness of Swedish industry. The Swedish Transport Administration remit stipulates that freight traffic must be prioritised more clearly, and it is vitally important that this proves to be the case if the climate-smart trend we are currently experiencing is to continue,” said Antti Laakso.