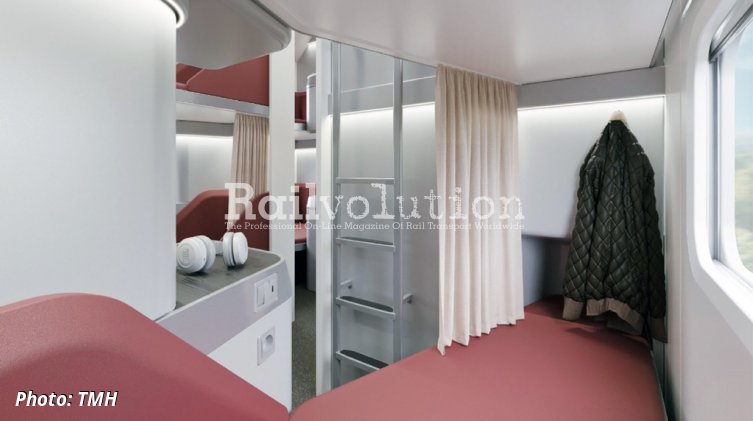 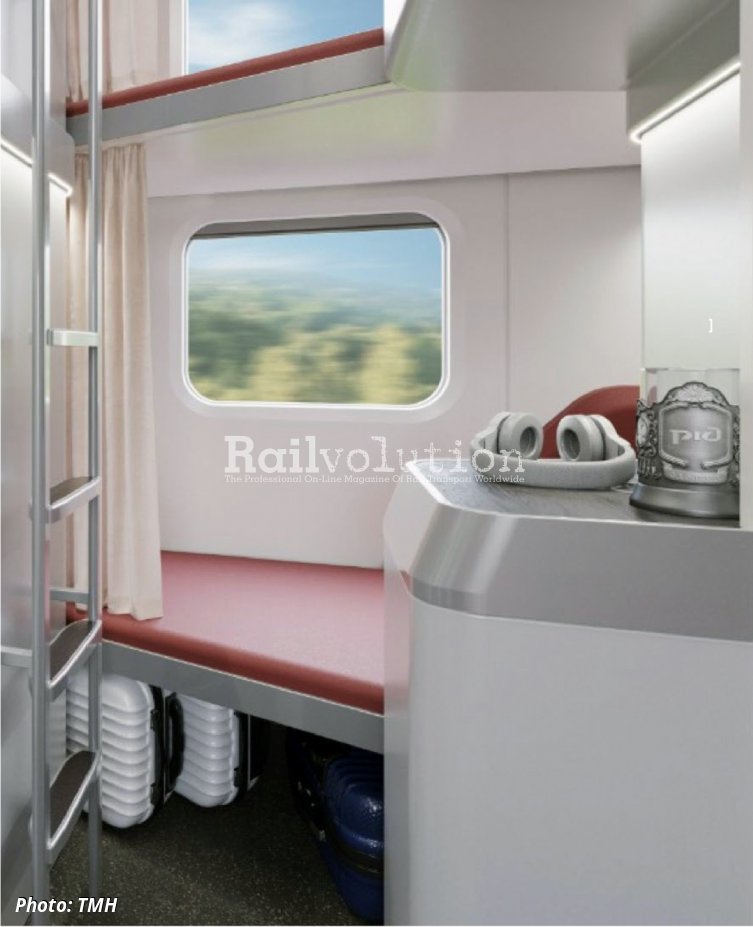 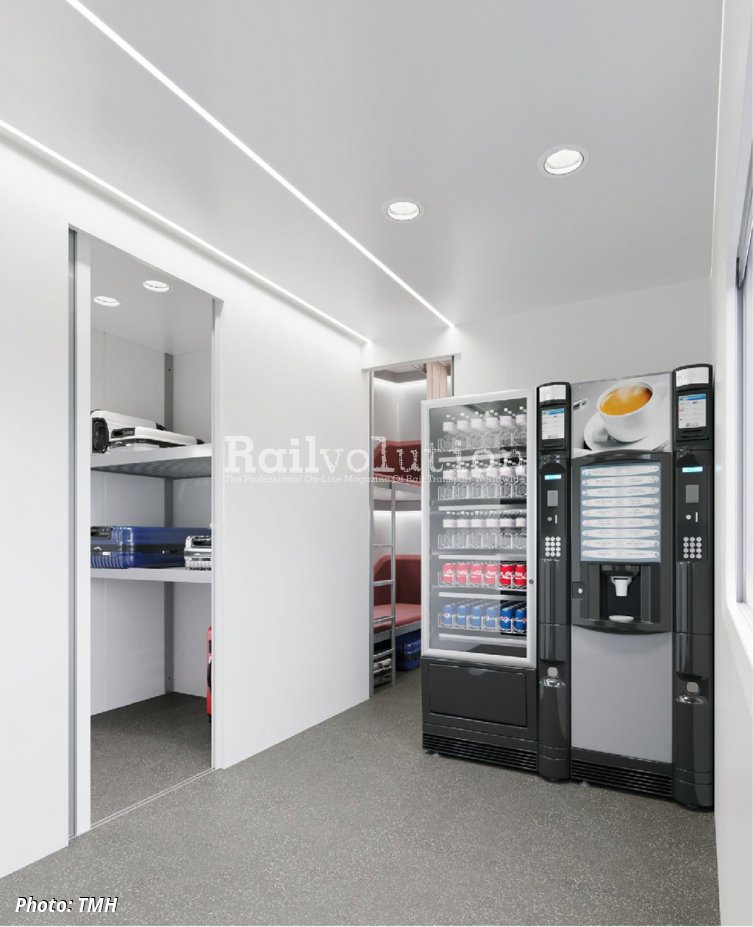 On 18 November 2020 during the Transport Week in Moskva, a main business event in the transport industry of the Russian Federation, TMH presented to the Russian Prime Minister Mikhail Mishustin its concept of a capsule passenger car, which is being developed together with 2050.LAB (the National Center for Industrial Design and Innovation). The presentation was held by Oleg Belozyorov, RZD Director General.

The capsule car is one of several TMH concepts, which are designed to determine the future development of non-compartment long-distance cars. This is the second concept of the company shown to the public in 2020, following the „gabarit T“ coach in early October. The purpose of such projects is to collect opinions of passengers and experts on the question of how they see long-distance carriages in the near future.

The capsule car is designed for 56 passengers. Each berth can be „fenced off“ with a curtain. The passenger there will have an individual table, lamp, and USB sockets, and its own window. Places for hand luggage, personal belongings and clothes have been thought out. The sleeping place is supposed to be 15 cm longer than the traditional one, achieving a length of 190 cm.

The carriage can be fitted with a special compartment for storing luggage, including oversized luggage - bicycles or kayaks. Like all new TMH vehicles in recent years, the capsule car will include an area with vending machines and a shower for passengers.

A special light concept has been created. Contour lighting is built into the capsule cornices. The passenger can use it to create „atmosphere“. Also, a number of brighter diodes are installed in the cornice, which act as individual light. A passenger can use both illumination options at the same time, or each option separately.

The company pays special attention to the health of passengers. The water and air disinfection system will inactivate 95 % of viruses and bacteria (including coronaviruses). There is also a system for UV treatment of toilets and showers. It is supposed to use contactless taps, soap dispensers and hand dryers. Antibacterial materials can be widely used in the interior.