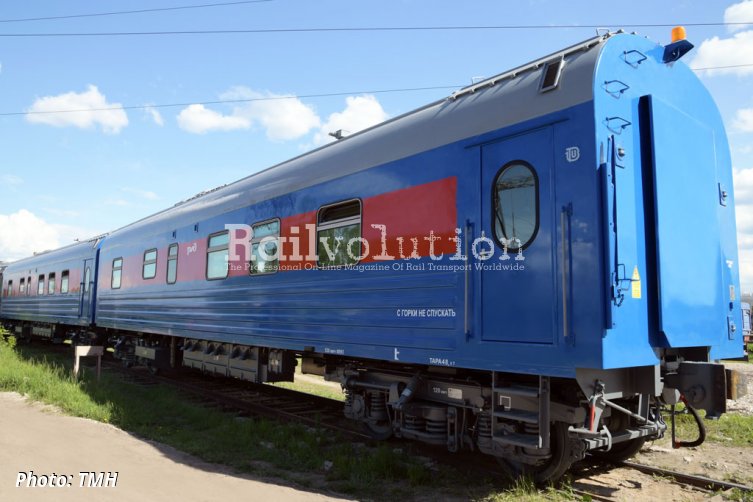 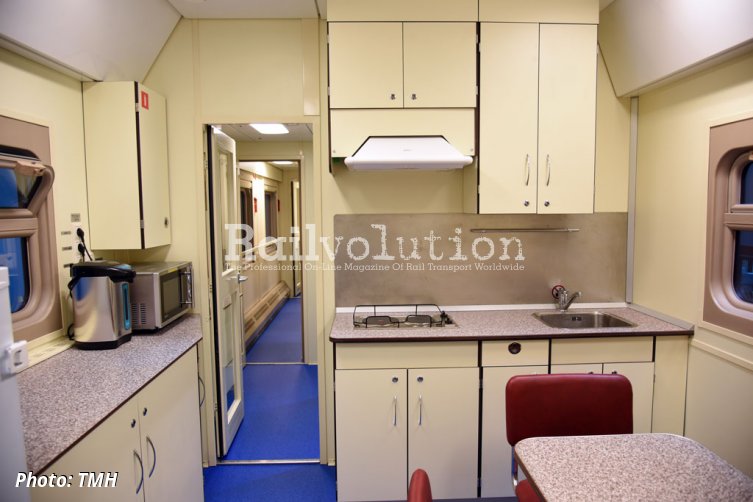 Tverskoy vagonostroitelny zavod completed in 2011 a prototype Model 61-4483 staff car for use with infrastructure trains - the sort which move quantities of ballast in hopper wagons. The car is designed to improve working conditions for permanent way staff. On-board accommodation includes two two-berth sleeping compartments, a WC and shower room, a galley, a water heater, a storeroom, clothes dryer, workroom, a machinery compartment housing a powerful compressor, and a diesel-generator. The interior is fully air conditioned and heated, and the genset ensures that the on-board systems can function independently for a period of up to 30 days. It is thus ideal for use in remote working locations.

Then at the EXPO 1520 trade fair in 2011 TVZ exhibited the Model 61-4483 car together with a second version of the staff car, designated Model 61-4484. The latter is destined to be incorporated in freights and infrastructure maintenance trains. It does not have a compressor, and has one two-berth and two four-berth sleeping compartments.

In the past ordinary passenger carriages were rebuilt as permanent way staff cars, and the new vehicle, measuring 16.71 m in length, is 8 m shorter than these, which means that it is lighter, more convenient to handle, and more economical to operate. It is designed for a maximum speed of 120 km/h and its tare weight is 49.5 t.

RZD decided to acquire a batch of staff cars in 2010 and the agreement concerning the technical specifications was signed in October that year, design work and production planning starting immediately after that, enabling the first prototype to be outshopped in March 2011. The batch deliveries started in November 2011. Over the period from 2011 to 2015 133 of these carriages have been built for RZD.