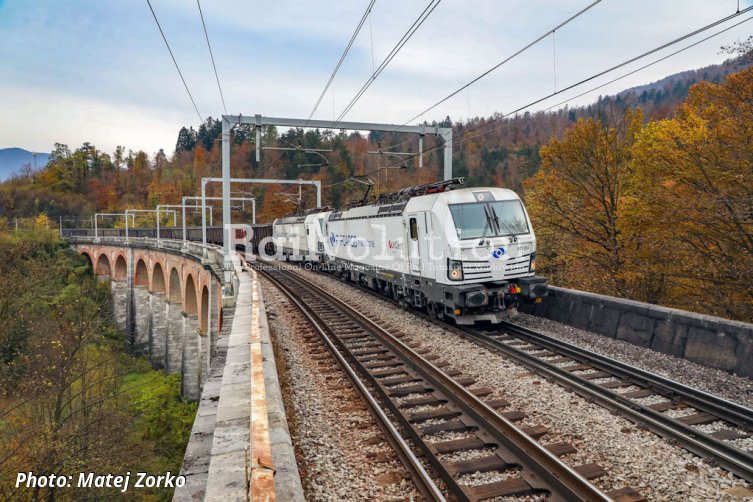 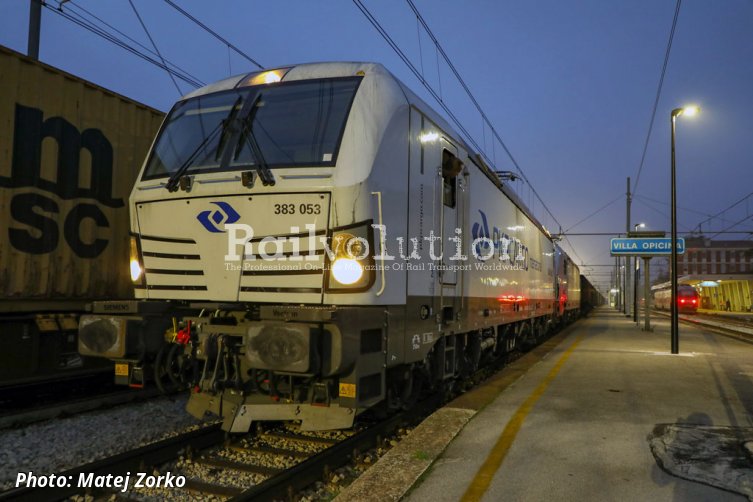 Between 30 October and 1 November 2020, PKP CARGO INTERNATIONAL carried out the transport of coke with a direct haulage from Ostrava to Villa Opicina.

As the overall weight of the train of 1,850 t (1,220 t net weight) exceeded the norm for one Vectron on the Hodoš - Ormož line, the train was routed through Croatia. This resulted in 383.054 gradually appearing on the territory of six states - the Czech Republic, Slovakia, Hungary, Croatia, Slovenia and symbolically (4 km) also Italy, before reaching the Villa Opicina border station. Then, the train continued to Rosignano, hauled by Captrain Italia.

In Croatia, the train was operated under the Enna Transport license, in other countries it was hauled under license of the operators of the PKP CI group (which in Slovenia is Primol-Rail). In Ljubljana, Vectron 383.053, which had previously transported a container train from Mělník to Koper, joined the train to provide necessary additional traction. The whole journey from Ostrava to Villa Opicina took about 49 hours.

A few days later, the return journey followed; this has already taken place via Hodoš and with changes of locomotives en route. It was an one-time transport, so the use of locomotives was combined as much as possible with haulage of regular trains which PKP CI hauls to/from Koper.

Direct transports from the Czech Republic to the Italian border station arranged by operators of one group are however quite common. They are offered by ČD Cargo, Rail Cargo or LTE for example, but all these taking normally the straightforward route via Austria.