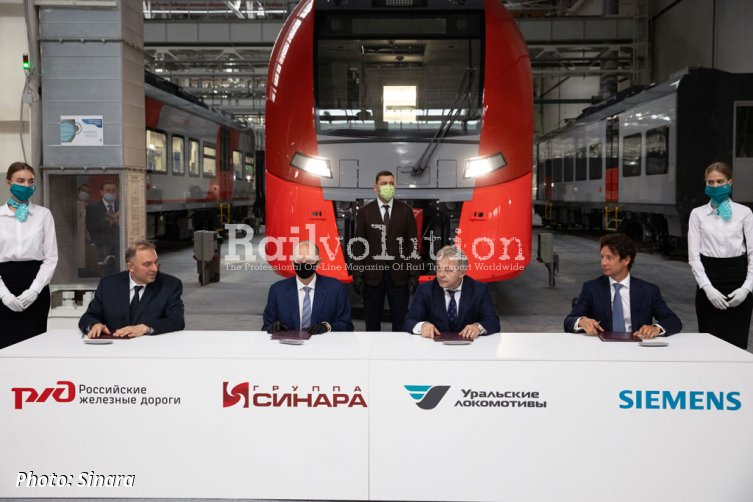 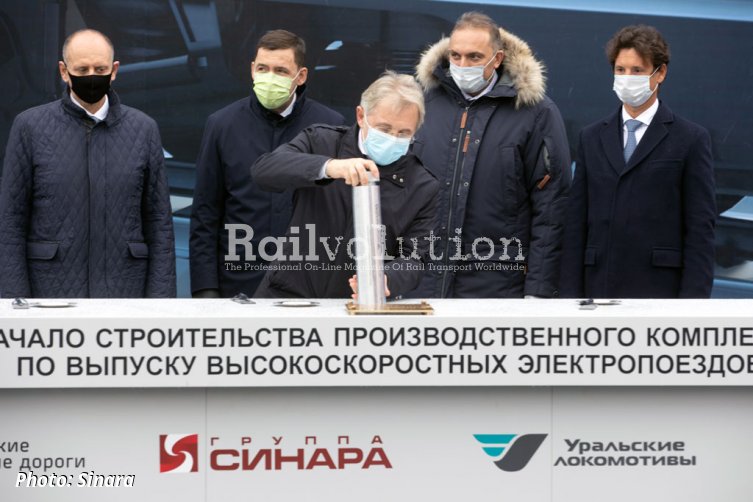 On 20 October 2020 at Uralskie lokomotivy (UL) of Verkhnyaya Pyshma the building of the only production complex in Russia for the high-speed trains began in a solemn ceremony. It was attended by the Governor of Sverdlovskaya oblast (the Sverdlovsk Region) Evgeny Kuyvashev, Deputy General Director of RZD Dmitry Pegov, President of the Sinara Group Dmitry Pumpyansky, President of Siemens in Russia Alexander Liberov and other officials.

The event was held within the celebration of the 10th UL anniversary. The new Sapsan 2 trains, in whose production the new Verkhnyaya Pyshma facility will significantly contribute, will be designed for speed of up to 360 km/h. They will form part of the Strategy for the Development of Railway Transport in the Russian Federation until 2030.

To implement this large-scale program by the Russian manufacturers, it is not only necessary to build the railway infrastructure, but also to build domestic rolling stock that meets all the requirements of reliability and safety. The UL plant was determined as the base enterprise for the production of high-speed trains. Therefore on 20 October 2020 at UL also an agreement of intent was signed between RZD, Sinara Group, Siemens Mobility and UL, which will contribute to the development of high-speed rail transport in Russia.

The agreement provides for the conclusion in 2021 of an agreement between RZD and UL for the supply and maintenance of 42 high speed trains, which at the first stage will be used on the Moskva - St. Peterburg HSL. Uralskie lokomotivy will ensure the production of new trains with a localisation level of up to 80 % and also their maintenance. This will be for the first time that the high speed trains will be maintained by the UL specialists. This is possible by the fact that UL now has accumulated extensive experience in the warranty service and maintenance of Lastochka EMUs.

Sinara Group President Dmitry Pumpyansky noted: „The UL plant is currently the only one in the country ready in a short time by 2025 for the development and start of batch production of high-speed stock. The enterprise possesses a powerful, modern production complex, the latest technologies, its own design school, its specialists are trained and have the necessary competencies. The creation of a new production facility involves investments of over 10 billion RUB.“

The participants of the event was also presented the project of a new electric locomotive which will become platform for the development and production of an UL-built family of freight main line locomotives with a domestic asynchronous traction equipment.