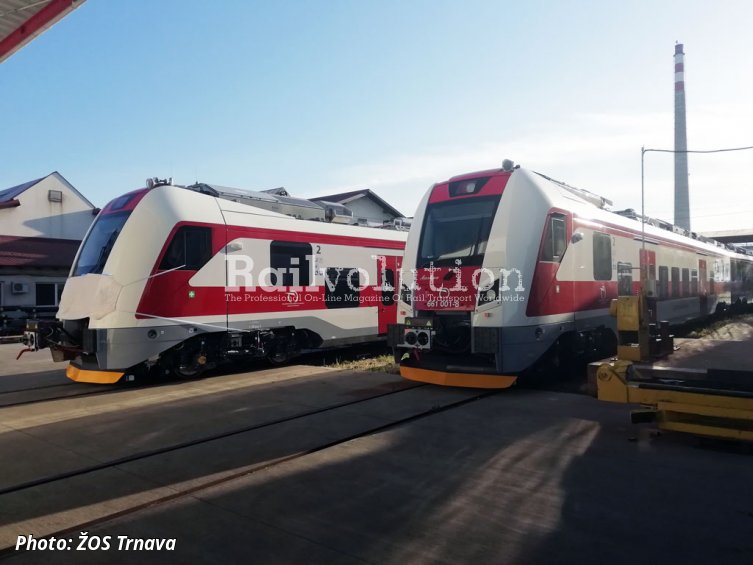 Since late April, the end cars for the three-car ZSSK Class 661 RegioPanter EMUs are being transported from Škoda Plzeň to ŽOS Trnava.

They are powered end cars, the final assembly of which takes place at the Škoda Transportation Plzeň works and which are designated Class 661.0 and 661.8 (a car with a pantograph and a barrier-free toilet). In ŽOS Trnava they are being coupled with a Class 661.1 intermediate power car to form a three-car unit, while the latter company will also realise the commissioning of the complete trainset, its static tests on both voltages and tests on the ŽSR network. So far two pairs were sent to Slovakia, 661.001 + 801 on 27 April and 661.002 + 802 on 4 May 2020.

In addition to the two prototype four-car Class 660 EMUs, which were completely built in Plzeň, the remainder of the batch will be created in this way, ie. 12 more three-car and 10 more four-car units. 661.003 and 803 are scheduled for delivery around 20 May. At Škoda Plzeň the end cars for eight RegioPanters are currently in various stages of assembly, and the Škoda/ŽOS Trnava consortium is trying to continue production smoothly, despite the problems caused by the current situation regarding the coronavirus pandemic.