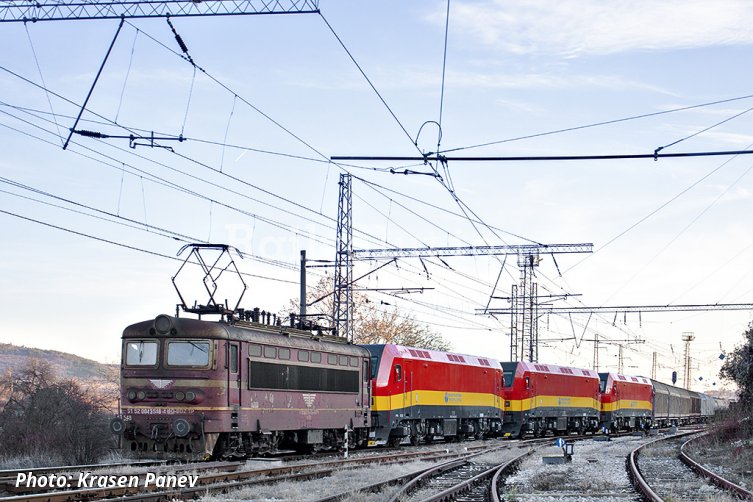 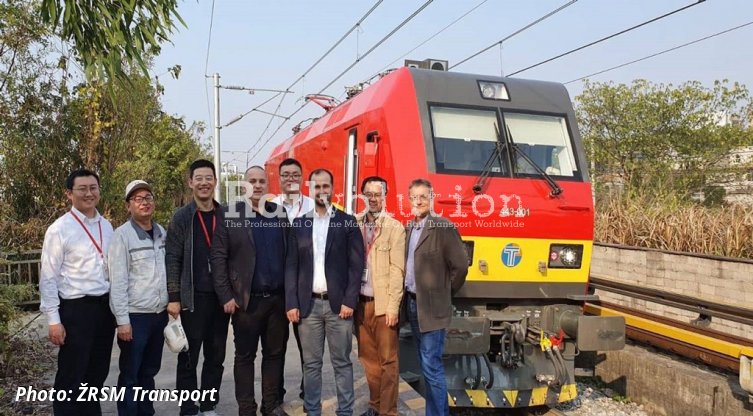 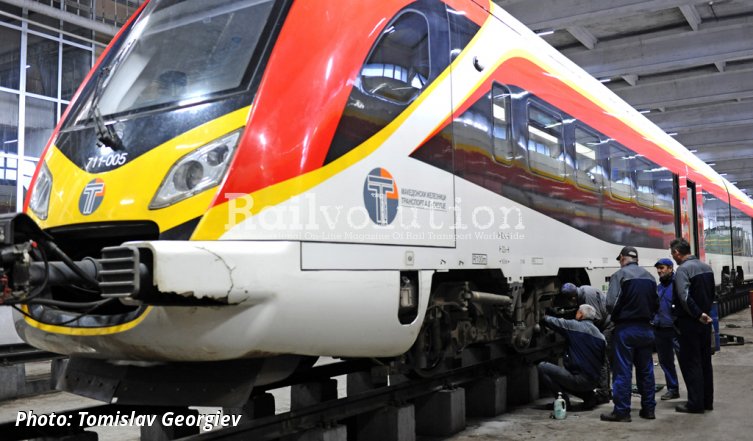 Since May 2019 443-002 started testing on the ŽRSM Transport lines confirming that it met the requirement to haul the 1,600 ton freights on the 17 ‰ gradient. It then received the TSI certificate and the operating certificate from the competent authority responsible for railway safety, which is legally required to carry out the approval within 30 days of the submission of all the necessary vehicle documents. Subsequently, 443-002 was put into regular service on 15 November 2019. Even this date was slightly delayed than expected, as there were inconsistencies in communication between ŽRSM Transport and the CRRC technicians responsible for locomotive commissioning and driver training.

Meanwhile, the ŽRSM Transport’ CEO Orkhan Murtezani made an official visit to CRRC Zhuzhou between 11 - 13 November 2019, the purpose of the visit being „to check the last locomotive before delivery, while in Zhuzhou it was also agreed that the remaining three machines would arrive in Skopje by mid-December“. In late 2019 the remaining three 443s were moved by sea from China to Derince port in Turkey, and then by rail to Macedonia. The delay in deliveries of the Class 443, which is planned mainly for freight trains between the Greek and Serbian borders, is almost two years. We asked both ŽRSM Transport and CRRC for reasons, and we are still waiting for an answer. However, in an interview dated 3 October 2019, Murtezani announced that an internal commission report on the purchase of CRRC locomotives (worth 2,130,000 EUR each) would soon be prepared and submitted to the government.

ŽRSM Transport is already waiting for the arrival of new machines because the operator is currently struggling with a lack of locomotives, as a result of which, for example, freight trains arriving in Northern Macedonia have to wait a long time for locomotives at the border. A worst 2019 example may be the situation in mid-September, when 36 trains were waiting to enter Northern Macedonia, literally blocking Serbian infrastructure. So the Class 443 machines should help to eliminate such problems.

ŽRSM Transport, which also operates the two three-car Class 411 EMUs and four three-car Clas 711 DMUs, built by CRRC Zhuzhou under a June 2014 contract, is experiencing some sobering from the „bargain“ purchase. On 14 July 2019, Deputy Prime Minister of North Macedonia, Kocho Angyushev, announced that half of the six trains purchased in China were out of service. This, of course, represents a major problem for vehicles that cover approximately 60 % of the services of the ŽRSM Transport timetable. This is mainly due to defects in electronics, while Chinese engineers refuse to repair most failures during the train’s warranty period.

In general, the supplying of spare parts is a major problem, which entails considerable financial burdens, as the cost of transporting new components from China far exceeds their value. For example, for a 1,500 USD component, shipping and related costs of 3,500 USD are charged... It is therefore clear that this fact makes the operation of CRRC-built vehicles significantly more expensive than expected and that the operator may not have expected such maintenance costs when selecting the supplier of the new EMUs and DMUs.

As a result, ŽRSM Transport is already asking the State to increase the amount of annual subsidies that would additionally cover the operation of these trains. However, this demand does not seem to be accepted by the North Macedonian Ministry of Transport, at least for the time being, as the latter has stated that subsidies from the state budget to cover losses in rail passenger transport for 2019 are already so high: 430 million Macedonian denars (MKD; around 6.9 million EUR), which is 15 million MKD (around 243,300 EUR) more than in 2018.

Deputy Prime Minister Angyushev also stated: „We have problems in rail transport. I hope they will be overcome by the new locomotives we are waiting for from China.“ Another problem with the Class 411 and 711 units is that they have been running without technical approval for four years (deliveries in 2015 - 16) because they have fewer passenger seats installed than required in the tender documentation. Thus, like with the Class 443 locomotives, ŽRSM Transport had to prepare an internal commission report on the purchase of CRRC-built EMUs and DMUs to be submitted to the government.

In general, the Chinese vehicles have now become a political problem in Macedonia, with the current government blaming the previous one for this purchase, for which the state used a nearly 25 million EUR loan from the EBRD. Deputy Prime Minister states that the railways are in a difficult financial situation and have a debt of 80 million EUR, excluding interest. Therefore, „no new purchases should be made on the railways“.

The solution to the current problems is seen in the ŽRSM Transport privatisation. An analysis of a possible segmentation of the railways has already been awarded to a selected consulting company to determine what proportion of state railways can be offered for sale to private companies; but the infrastructure is to remain state-owned.

ŽRSM Transport has a 699 km long network and approximately 1,300 employees. As of 1 October 2019 the operator had a total of 1,235 wagons, of which 570 were with valid revision and therefore in service, while the remaining 665 were unused, mainly on account of the date of manufacture and obsolescence against UIC requirements. In the current economic situation of ŽRSM Transport, the renewal of the fleet is therefore a complex issue. This is one of the reasons why Orkhan Murtezani hopes for a significant increase in the volume of freight traffic in both export and import as well as in transit trains following the introduction of all Class 443 locomotives.