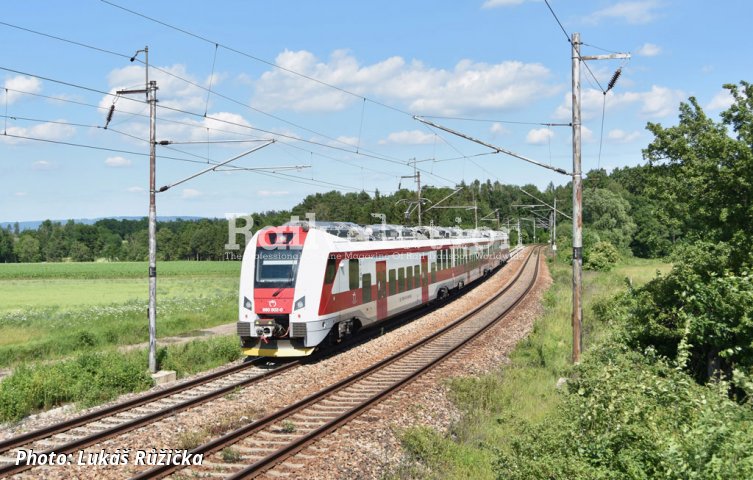 Following testing in early June, when EMU 660.002 for ZSSK was hauled dead by a ČD Class 380 locomotive, the new Slovak RegioPanter was able to start test runs on the SŽ network under its own power. To meet the required test scenarios, the test runs on the Czech public network are planned for many more weeks. So far they are taking place on the 25 kV 50 Hz lines, the runs under 3 kV DC will follow later.