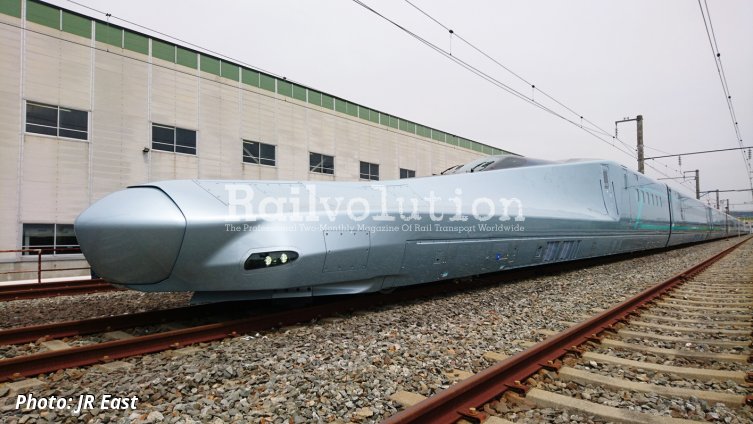 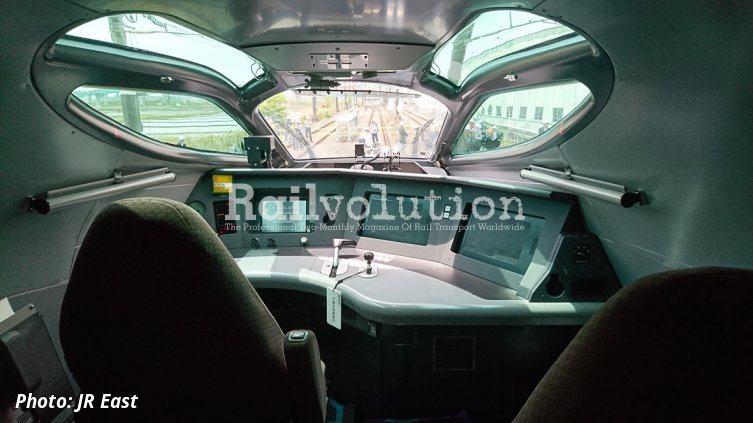 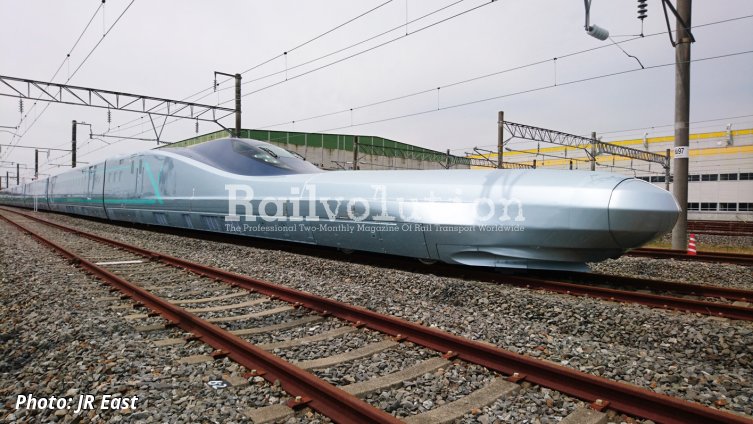 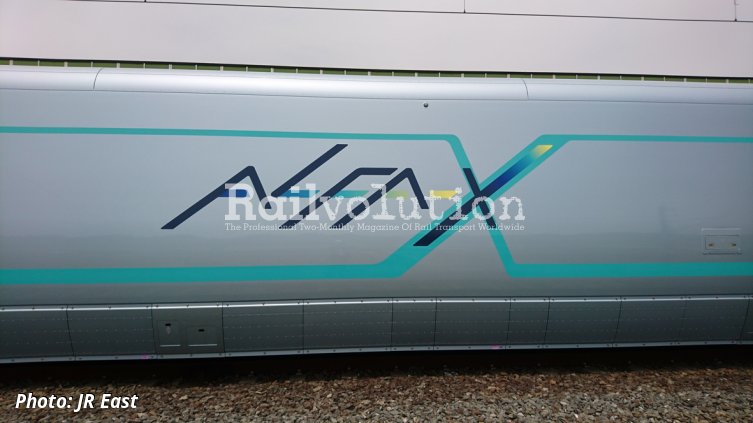 On 13 December 2018 we published a report about the first bodyshell to be built for the ALFA-X experimental train for use on the Tōhoku Shinkansen. We then published a much more detailed description of this train, and the objectives behind its design, in R1/19. Construction since then of the first ten-car train, designated Class E956, has proceeded rapidly, enabling it to be presented to the general public on 9 May.

The presentation event took place at JR East’s Shinkansen Maintenance Centre in Rifu, Miyagi prefecture, near Sendai. On the 10th nocturnal test runs started on the Tōhoku Shinkansen, with the top speed being gradually raised as testing progresses. The Class E956s on the Tōhoku Shinkansen will proof possibility to rise top service speed from 320 km/h to 360 km/h, with the eventual aim of reducing journey time from Tokyo to Shin-Aomori, subsequently between Tokyo and Hakodate on Hokkaidō, and eventually, when the high speed line has been completed, to Sapporo.