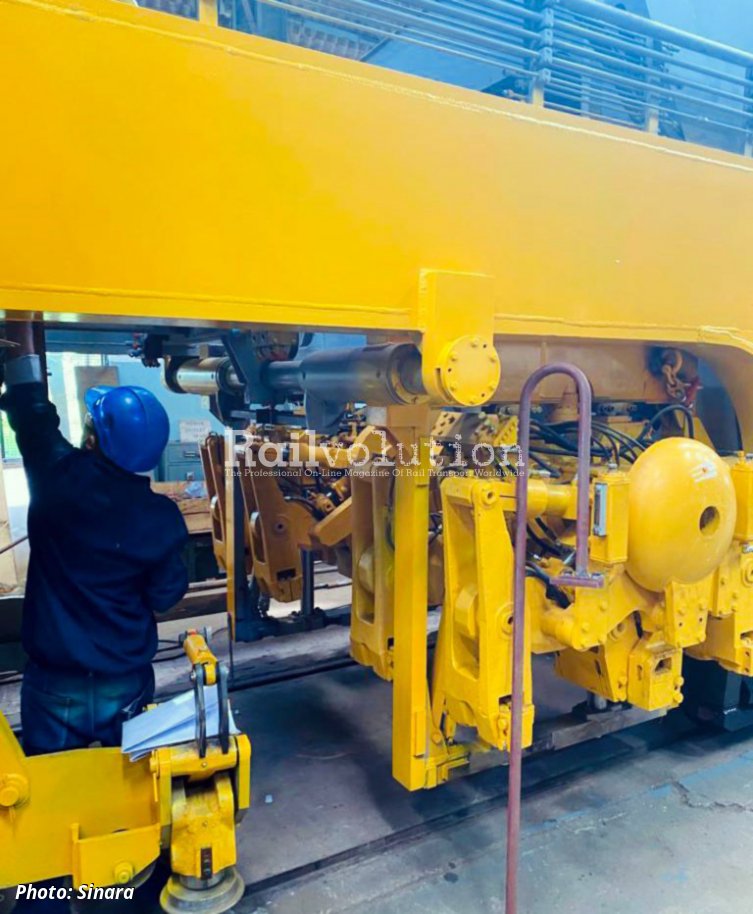 In late October 2021, experts of STM arrived in the Republic of India and started the works on the assembly of RTM-32 Work Site Tampers using kits from Russia. The staff from Kalugaputmash will also guide and supervise the start and adjustment works after the equipment is manufactured.

Based on the Russian equipment, the first two Work Site Tampers (WSTs, track renewal trains) will be produced, using SKD (Semi-knock down) within the „Make in India“ governmental program, which assumes a degree of localisation of at least 51%. The machines are being assembled at San Engineering & Locomotives Co. in Bangalore, the STM’s partner in the project.

Two kits were delivered to India in early 2021. However, due to aggravation of epidemiological situation in the country, the assembly was postponed. Despite this fact, the terms of contractual obligations are to be fulfilled and the equipment delivered without a delay: two WSTs are scheduled to be handed over to the Indian Railways for pilot operation before the end of this year.

Each RTM-32 kit includes two complete bogies, a hydraulic transmission with the necessary components, hydraulic motors with pumping station, air compressor and generator, remote control and digital control system, diagnostic and control systems for servo valves, tamping, lifting and straightening devices. In addition, STM experts also developed all design documentation and adapted it to the requirements of the customer - the Indian Railways (IR).

Anton Zubikhin, Deputy General Director for Sales and General Director of STM Trading House, said: „At the moment, our company is supplying equipment to its Indian partners worth around 20 million EUR. Moreover, I would like to note that signing of these contracts was a result of tough competition with the world leaders in the railway equipment manufacturing sphere, including producers from Austria and the United States. We are by no means going to slow down. On the contrary, it is our plan to take part in the next tenders for the supply of various equipment for a total amount of more than 200 million EUR.“

At present, STM also supplies 19 kits to India for the production of ballast regulating machines (BRMs), ordered in 2020.