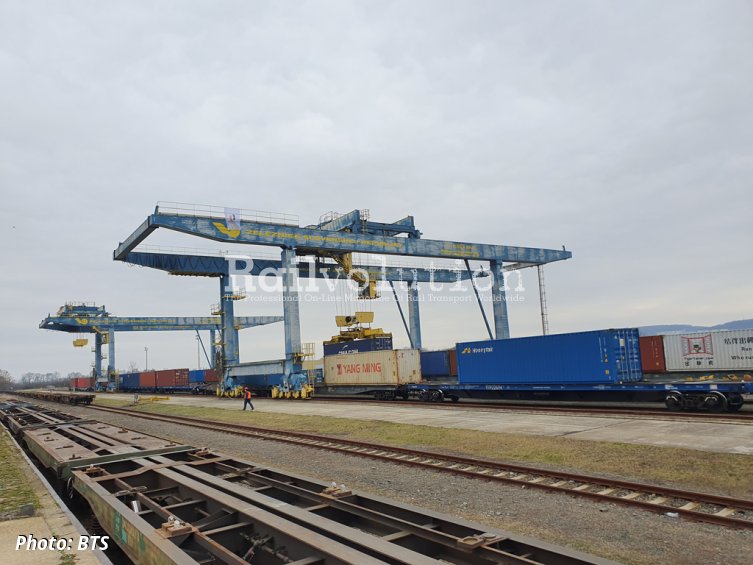 Following TransContainer - Slovakia’s withdrawal from hire of the TKD Dobrá container terminal, it was hired by BULK TRANSSHIPMENT SLOVAKIA (BTS). BTS is a joint venture of the forwarding group BUDAMAR LOGISTICS (with a share of 60 %) and ZSSK CARGO (40 %). BTS is hiring the terminal for ten years with a five-year option, effective from 1 January 2020. On 10 February 2020, the terminal invited its first train from China following its operation under a new tenant. This was the second shipment from Xi'an to METRANS’ terminal in Dunajská Streda, following the journey, which took place in early autumn 2019. Train loaded with 46 containers departed from Xi'an on 31 January 2020 and reached Dunajská Streda on 11 February 2020.

TKD Dobrá is situated just west of Čierna nad Tisou border station, nearby the Ukraine border. For containers' transshipment, there are two tracks of 1,520 mm gauge and two tracks of 1,435 mm gauge available, served by two gantry cranes. TransContainer - Slovakia, a subsidiary of the principal Russian intermodal transport operator TransContainer, had rented it from ZSSK CARGO since 1 July 2009, upon contract closed in November 2018. The hire contract was initially concluded for 15 years.

In recent years, the route from China through Ukraine has been considerably subdued due to the cooling of relations between Russia and Ukraine, which has also shifted to cooperation between the state railways of both countries. Furthermore efficiency of UZ operations suffers from poor technical condition of its rolling stock and the lack of staff.

In spite of that, 132 trains on the route between China and Europe and vice versa were reloaded in TKD Dobrá in 2018, according to data provided by the Slovak Ministry of Transport and Construction. But this sharply fell to just four in 2019. However, the terminal also offers potential for other relations, including transport between Ukraine and Slovakia. Apart from the Chinese transports, there are currently about 190 units reloaded per month, this being formed by tank containers above all.

BTS in cooperation with ZSSK CARGO offers the terminal to any interested operators.