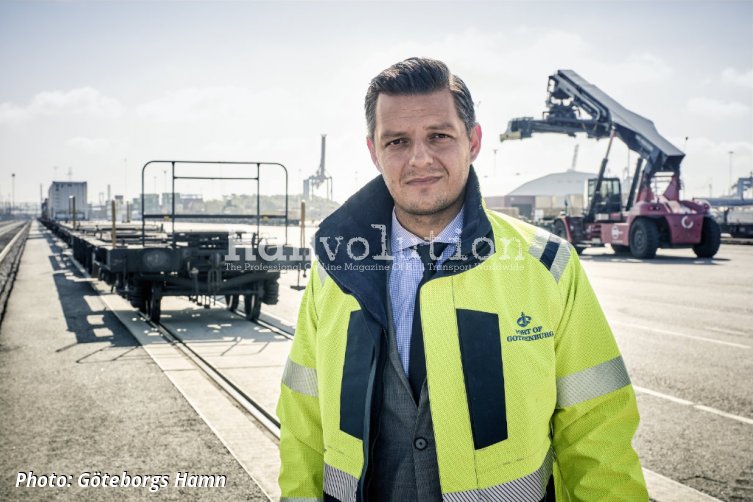 Swedish container transport is increasingly concentrated to the Nordic region's largest port - this is shown by recently published statistics from Swedish government agency Transport Analysis and The Swedish Confederation of Transport Enterprises. The Port of Göteborg's market share of container freight to or from Swedish ports increased by three percentage points in 2021. The port also grew in relation to the largest ports in Europe.

The port of Göteborg is Sweden's and the Nordic region's largest port - by far when it comes to container freight. it handled 828,000 containers in 2021 and grew further in relation to other ports in Sweden. ”This is proof of the market’s increasingly growing confidence in the Göteborg Port. Despite global disruptions, we have managed to stay open 24/7 without any major disturbances. Our almost perfect balance between import and export has also been a great advantage as global container shortages has been in effect,” said Elvir Dzanic, CEO at the Göteborg Port Authority.

More and more Swedish goods owners are choosing the port of Göteborg for their container transports, regardless of where in the country they are. According to Elvir Dzanic, the port's growing railway system, Railport Scandinavia, is an important factor. With frequent, reliable and climate-smart rail transports to and from the port, time and money can be saved and the climate footprint reduced.

”The system has been expanded gradually with more departures, new inland terminals and destinations. It is a result of a strong will among railway partners around the country to respond to market demand and invest,” said Elvir Dzanic. The growth by rail in the Göteborg Port resulted in a total of 458,000 containers transported by rail in 2021, which is the highest number in the history of the port.

The Göteborg port's market share increased from 48 to 51 % in Sweden in 2021, and this is the fourth year in a row that the port sees an increase. Here the terminal operator APM Terminals handles the majority of the container volumes. The port is also growing in relation to the largest ports in Europe. While the five largest ports increased by an average of 5 %, the Port of Gothenburg increased by 7 % in terms of handeled container volume.