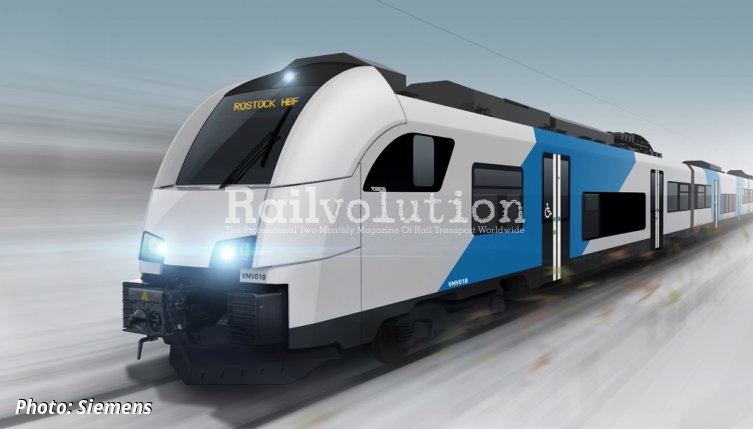 On 16 December 2019 Siemens announced that Alpha Trains has ordered seven Desiro Mainline EMUs to be leased to Ostdeutsche Eisenbahn GmbH (ODEG) for its PSO services on the Ostseeküste-Ost network operated from December 2019 onwards on behalf of Verkehrsgesellschaft Mecklenburg-Vorpommern (VMV). The production has already started at the Siemens Mobility's Krefeld works. The trains will initially be delivered in a three-car version and will be used on the Rostock - Sassnitz, Stralsund - Binz and Rostock - Züssow lines. Their passenger capacity will be expanded to the four-car EMUs "shortly" after delivery, the reason being that the four-car Desiro ML EMUs have to be authorised by EBA (so far only the three-car Clas 460 Desiro ML EMUs are used in Germany, by Trans Regio).

The press release did not say what are the exact delivery dates of the new trains, only that „We (Siemens) are providing trains for our customer in record time”. Similarly there was no information, when exactly the production at Krefeld started, what is the amount (in EUR) of the contract and for how many years was agreed the PSO contract between VMV and ODEG. However, these seven new Class 4746.3 Desiro ML were ordered already in March 2019, together with ÖBB's 24 more Class 4746 cityjet trains.

Nevertheless, on 15 December 2019 ODEG started operation of the temporary two-year PSO contract on the RE9 Rostock - Stralsund - Binz/Sassnitz and RE10 Rostock - Stralsund - Züssow lines using the Desiro ML EMUs on hire from ÖBB. On 17 December 2019 ODEG specified that it uses ÖBB’s Desiro ML EMUs 4746 051 to 056. The first one arrived to ODEG in early December for driver training purposes. The other five vehicles have been rented since 12 December 2019. The ÖBB trains will return to Austria gradually once the Desiro MLs for ODEG will be delivered by Siemens and accepted by the operator. This process is expected to start in late January 2020 and to be completed in March.