Dragon 2 Locomotives For PKP Cargo And Other Users 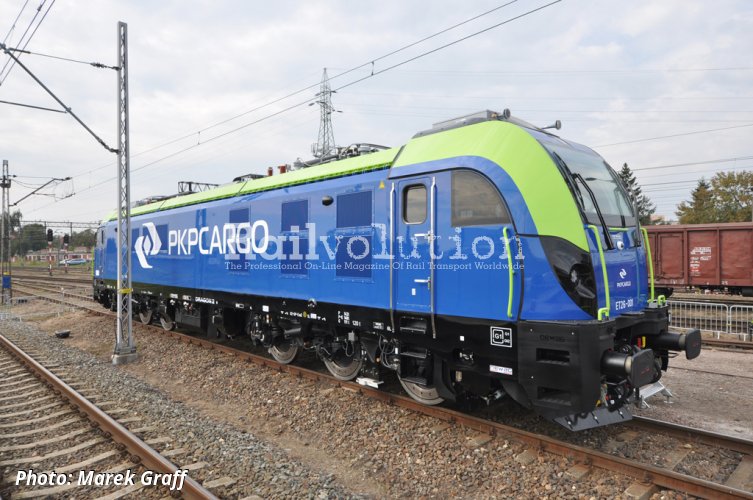 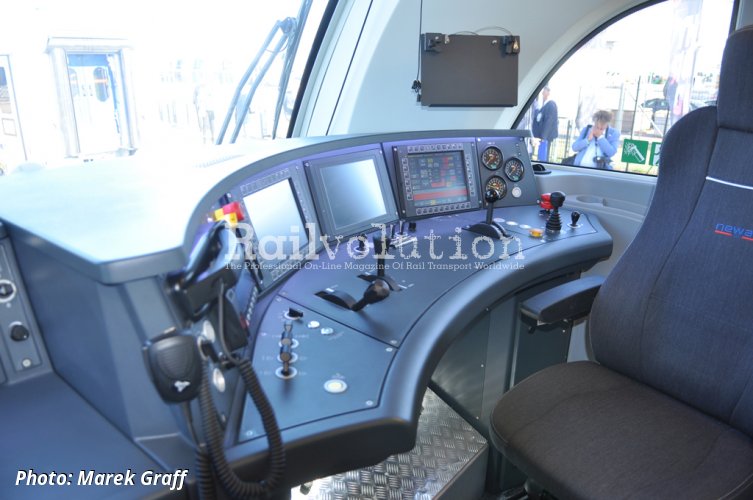 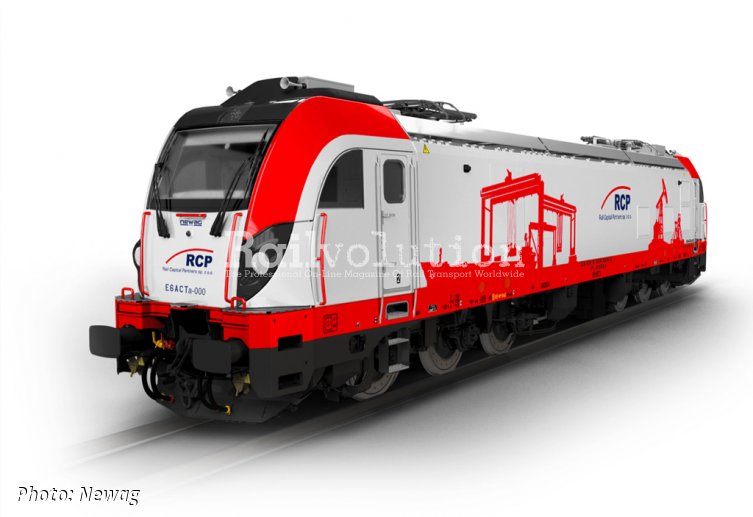 Simultaneously with the locomotives for LOTOS Kolej, Newag is building the new Dragons for PKP Cargo. PKP Cargo invited tenders for 31 new six-axle locomotives in May 2019, and Newag announced that it had won the contract on 17 September, offering its second-generation Type E6ACTa Dragon 2, which made its debut in summer 2018, and was then exhibited at InnoTrans. Soon afterwards PKP Cargo acquired three Dragon 2s, these being numbered ET25-001 to 003.

However, the first seven of the 31 machines being built under this more recent contract will be slightly different, being fitted with Last Mile diesel engines, being rated at 520 kW. They are thus designated Type E6ACTad and Class ET26. Deliveries of the Class ET26 locomotives were scheduled to take place during the final months of 2019, although the definitive contract for the batch of 31 Dragons was signed during TRAKO 2019. Involved in the contract is Newag Lease, which explains why deliveries can take place so quickly - some of the locomotives have already been built speculatively, with a view to possible leasing to interested parties.

Significantly, 24 of these locomotives will be dual-voltage Dragon 2s, capable of operating off 3 kV DC and 25 kV AC. They will not, however, be Last Miles, and are intended for use on international freights penetrating the SŽDC and ŽSR networks. 12 are to be delivered in 2021, and 12 in 2022. That will enable PKP Cargo to operate freights in the Czech Republic and Slovakia using more modern Co’Co’s than its ageing Class ET22s. The contract is worth 518.9 million PLN, excluding VAT (some 120 million EUR) and Newag says that it is the largest single contract in its history.

It also involves a significant advance for the Dragon family, which is now ten years old - the first prototype E6ACT-001 took to the rails in 2009, and then in February 2013 Newag took over the former ZNLE Gliwice. The first orders for Dragons came from STK and LOTOS Kolej, and then Newag decided to leave its Gliwice factory (briefly renamed Newag Gliwice) and concentrate all locomotive building activities on its Nowy Sącz works. Here, all construction of Dragons, and of Griffins (which were also developed at Gliwice) has taken place since 2016.

In February 2019 Toruń-based railfreight operator Laude Smart Intermodal invited tenders for four Co’Co’ electrics. The only bidder was Newag, which is now, under a contract worth 60.4 million PLN (around 14 million EUR) from early May, building four Dragon 2s, two equipped with Last Mile diesel engines, for delivery in 2020. These vehicles are to be supported by EU’s Cohesion funds through the POIiŚ (Program Operacyjny Infrastruktura i Środowisko - OP Infrastructure and Environment), supporting purchase of technics for intermodal transport in Poland.

Also at TRAKO 2019 Bydgoszcz-based Rail Capital Partners (RCP) awarded Newag a contract for five Dragon 2s, the agreement including 10 years of maintenance, with the possibility of extension for another ten-year period. Deliveries of these Dragons without the Last Mile diesel are scheduled to take place in 2020. The contract is worth 77.76 million PLN (around 18.2 million EUR), of which approximately 5 % is for the provision of scheduled maintenance services of the P1 and P2 levels.

RCP has intentions of expanding its locomotive fleet to 50 machines over the coming five years. Ireneusz Kozłowski, RCP’s CEO, commented: „This contract represents the beginning of co-operation with Newag. It is also a response to the market need to expand our company’s product offer and to continue our mission of offering our current and future clients modern and reliable locomotives”. This is another interesting, and rather curious development.

RCP was founded in May 2016 by PESA, which had a stake of 51 %, and the State-owned Polski Fundusz Rozwoju (PFR - Polish Development Fund), which had a stake of 49 %. Initially, RCP’s objective was to act as a lessor, offering PESA’s Gama locomotive range to various Polish railfreight operators. At the time the pool consisted of four Type 111Ed Gama Marathons (with the Last Mile diesel), built and delivered in 2016 and 2017. In September 2017 RCP announced the acquisition of four more Gama Marathons, with deliveries by late 2018.

It was then announced that 12 more machines were to be acquired by 2021. In December 2018 RCP invited two tenders, one for twelve four-axle 3 kV DC machines and the other for two multiple voltage locomotives with an option for ten more. In June 2019 it was announced that PESA was the preferred bidder for the 12 single-voltage machines, intended for domestic freight services. The contract is worth 296.2 million PLN including VAT (around 69.2 million EUR), the price including maintenance of locomotives for six years. They will be Gama Marathons, with the Last Mile diesel, and are to be delivered between 18 and 30 month following the contract signing, i. e. between December 2020 and December 2021. These twelve locomotives are also to be supported by EU’s Cohesion funds through the POIiŚ 2014-2020.

The second tender, for two + ten multiple-voltage machines, was conducted in a restricted tender procedure. To date, no supplier has been chosen. Further talks are ongoing, it is possible that RCP will expand the base of potential suppliers in the field of multi-system locomotives.

RCP has undergone changes in ownership, on account of the takeover of PESA by PFR in March 2018, following PESA’s considerable financial problems. RCP’s sole shareholder is now the Fundusz Inwestycji Infrastrukturalnych - Kapitałowy (FIZAN - Capital Infrastructure Investment Fund), which is part of the range of investments managed by the PFR. This means that RCP is now in fact a state-owned ROSCO. It is a curious fact that the Polish railway industry has over the past few years become increasingly State-owned... One example is Poznań-based H. Cegielski - Fabryka Pojazdów Szynowych (FPS), which since 2010 has been owned by the Agencja Rozwoju Przemysłu (ARP). Another is Polski Tabor Szynowy (PTS) of Katowice, which was nationalised by ARP in July 2011.