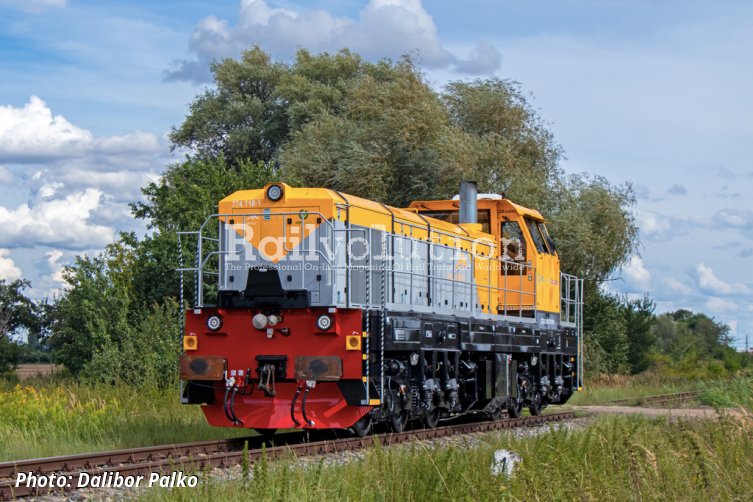 In July 2019 ArcelorMittal awarded CZ LOKO a contract for four six-axle EffiShunter 1600 diesel shunters for its steelworks in Krivoy Rog (AMKR, Arcelor MittalKrivoy Rog). CZ LOKO’s first venture into the Ukrainian rail market was in 2007, when UZ took delivery of modernised ChME3P-1744, the project being undertaken jointly with TRZ Poltava. This was the first time that CZ LOKO had ever tackled a rebuild project on a 1,520 mm gauge locomotive. There then followed negotiations with UZ regarding the batch modernisation.

However, no progress was made, first on account of UZ’s constrained economic circumstances, and then, because of the troubles following the annexation of Crimea in spring 2014. Moreover, the strained relations with Russia meant that obtaining the necessary spare parts for locomotives then in active service in Ukraine became impossible. These problems not only affected the state operator’s locomotive fleet, but also those of private industrial operators, such as ArcelorMittal.

AMKR is the largest steelworks complex in Ukraine and its rail network is served by around 200 locomotives. In Soviet times, at its peak of production, it had a workforce of over 57,000. Moreover, it owns iron ore mines, so no ore has to be obtained from other suppliers. Rail transport was, and still is today, vital to the whole steel production procedure at AMKR.

This is not the first contract CZ LOKO has won from ArcelorMittal. Since 2016 it has been providing full maintenance of a fleet of Class 741.7 diesel shunters at the Czech steelworks in Ostrava, which until 1 July 2019 belonged to ArcelorMittal, but was then acquired by Liberty Steel. These Class 741.7s are provided to the steelworks on a long term lease, whereas those to be acquired by AMKR will be financed by OTP Leasing Ukraine (which is also presented on the locomotive).

CZ LOKO sourced the locomotives to be rebuilt as EffiShunters, this meaning acquiring a batch of Class 770 or 771 „Bumblebee“ machines from various location. Following modernisation, they are being subjected to in-factory testing, and other testing, like that at Velim in August. Later, the machines will be moved on 1,435 mm gauge wheelsets to the transhipment sidings at Haniska pri Košiciach, where they will be remounted on 1,520 mm gauge wheelsets, and handed over to ArcelorMittal. Unlike previous EffiShunter 1600s, the locomotives for AMKR have their main frames mounted on the bogies by means of hinges, not using rubber-metal blocks, this option chosen at the customer's request.