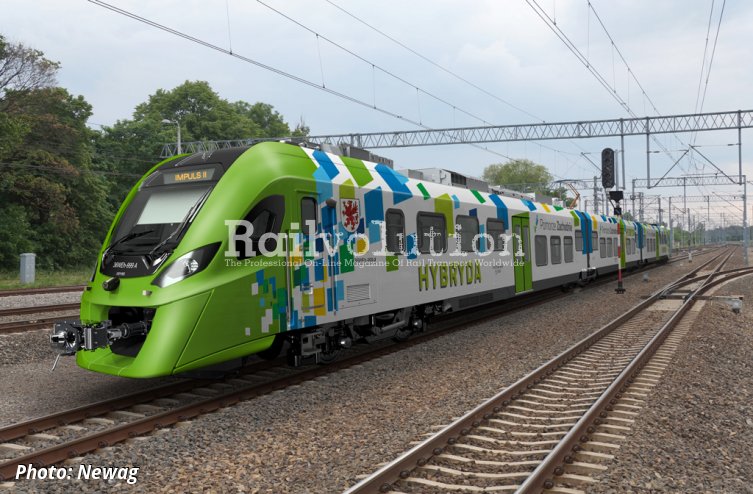 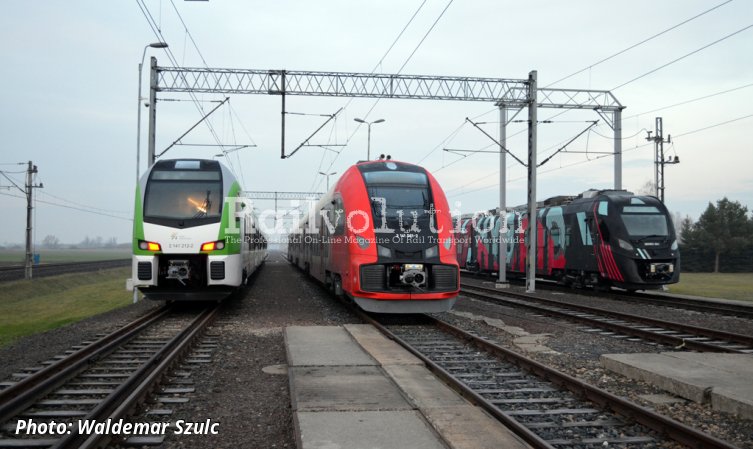 On 16 July 2020 in Szczecin an agreement was signed between Województwo Zachodniopomorskie (the West Pomeranian voivodship) and Newag for the supply of two Class 36WEh Impuls 2 EDMUs with an option for ten more. The contract is worth 240 million PLN (around 54 million EUR), the basic order being worth 40 million PLN and the optional one of 200 million PLN. Delivery is scheduled until 20 December 2021 for basic order (two units) and until 20 December 2022  for the option.

All the Impuls EDMUs will be new-built, this means that the voivodship will not receive the „hybryda“ prototype 36WEh-001 manufactured in 2019. Województwo Zachodniopomorskie will be the first voivodship in Poland to have EDMUs of this type in its fleet. It is also the owner of the largest number of Impuls EMUs: betwen 2013 and 2018 its fleet has grown by 40 units (22 Class 31WE and 18 Class 36WE Impulses).

It has a nominal power rating of 1,600 kW and a starting acceleration of 1.1 m/s2 when running as an EMU, and of 780 kW and 0.4 m/s2 respectively when using its diesel engines. These are underfloor-mounted six-cylinder Type MAN D2876 LUE631 engines, and are situated in each end car, each having a nominal rating of 390 kW. There are two underfloor-mounted fuel tanks under each end car, each having a capacity of 720 litres. These enable the train to have an operating range of up to 1,000 km when running using diesel power alone. For operation off 3 kV DC there is one pantograph, situated on the centre car.

Although Newag calls the Class 36WEh a hybrid, it in fact a straightforward EDMU, since there are no traction batteries or supercapacitors, which could enable a hybrid energy source blending function using kinetic energy from the EDB for acceleration or cruising. Nevertheless, this is the first time that a Polish train builder has ever built an EDMU (if we do not take into account the FLIRT UK EDMUs produced by Stadler at its Siedlce works). Zbigniew Konieczek, Newag’s Managing Director, expressed that he estimates a demand for about 50 of these „hybrid“ trains for the Polish operators. He also said that the next step will be the creation of a  BEMU, which, using its battery, could have a working range of up to 300 km on non-electrified lines.

The powered bogies of the Class 36WEh have a 2,500 mm wheelbase, while the non-powered Jakobs bogies have a 2,900 mm wheelbase. Both types of bogie have wheel-mounted brake discs. The train has a tare weight of 119 t and a gross laden weight of 143 t. The maximum permitted axleload is 18 t. Each car has one pair of 1,300 mm wide doors, the threshold height above rail top being 620 ± 50 mm. Seats are installed for 160 passengers, with space for up to 170 standees. All accommodation is second class, and is equipped with WiFi, HVAC, power sockets, USB ports, space for wheelchairs and bikes, a passenger counting system and passenger information displays.

Apart from the Polish SHP and CA ATP systems the prototype train is also equipped with ETCS Level 2. There were also mentions about the German PZB. However, its installation was envisaged in connection with the plans that the first client for a Class 36WEh EDMU could be Województwo Lubuskie, in western Poland, which on 16 November 2018 awarded Newag a contract for two three-car DMUs, to be operated by Przewozy Regionalne. At that time the accompanying illustrations showed the Impuls 2 units designated Class 36WEhd („d“ stands for „diesel“). Their delivery was scheduled by November 2020.

However, in the subsequent negotiations, Województwo Lubuskie refused an EDMU design, and as confirmed by the press department of the voivodship, the latter will receive two DMUs (which will be operated by Przewozy Regionalne). However, Województwo Lubuskie does not exclude the possibility that in the future there may be an interest in retrofitting these DMUs with electric propulsion on the basis of a separate order.

The prototype Impuls 36WEh-001 was subjected to testing and also visited the Źmigród test circuit. Newag said that it is holding negotiations with other operators which have expressed an interest in buying the Impuls 2 EDMU. One of the possible clients would be Województwo Zachodniopomorskie in the northwest of Poland, which in 2019 was preparing an invitation to tender for new trains.