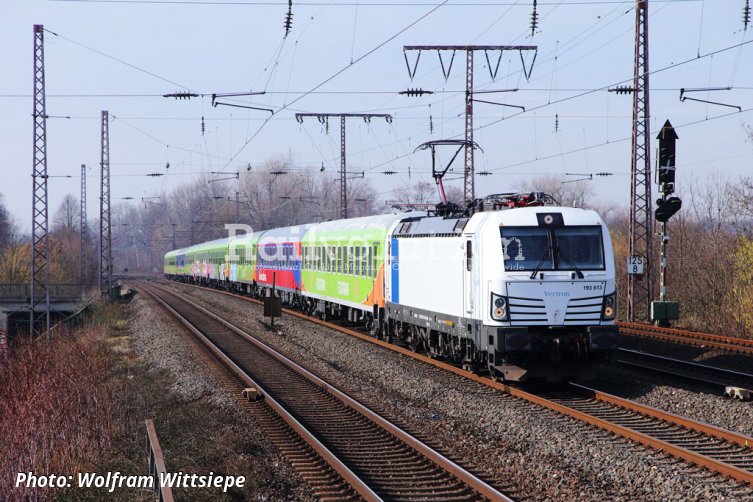 We asked FlixTrain how its plans to start operations in Sweden and France, which were announced in October 2019, along with the intention to purchase new trains, are continuing. The company answered: „On 20 September 2019, the Swedish Trafikverket published a draft for the 2020 timetable, in which capacity was allocated for FlixTrain trains on the Stockholm - Göteborg and Stockholm - Malmö corridors. Minor adjustments followed in the final version of the timetable, which was then published on 18 November. FlixBus Sverige AB has therefore been allocated train paths on these lines for 2020.

We are currently in the final stages of negotiations with potential partners who will operate the trains. In Sweden, we plan to use trains with a maximum speed of 200 km/h and with the quality parameters that passengers there are accustomed, in order to compete with the other operators on the market. Traveling by train will therefore be faster than by car or bus, and our goal is to have a higher train capacity than other rail operators. Further details on trains will be available once negotiations with partners have been completed.

In June 2019, when the liberalisation of the French rail passenger market was on the horizon, FlixTrain expressed interest in entering five corridors for the 2021 timetable. We requested the train paths well in advance of the potential start of operations and in accordance with the procedure required by the French regulators. For the last ten months, our team has been conducting an in-depth analysis of the market and processes, which has resulted in the finding that the conditions for operating FlixTrain trains in France are currently unfavorable. Therefore, for 2021, we will not apply for the train paths.

A significant obstacle here are the high costs for train paths compared to other European railways. With the costs at the current level, it would be very difficult to offer customers an affordable product similar to what FlixTrain successfully offers in Germany. If the French authorities show a willingness to compete with other European markets and improve conditions, FlixTrain is open to reconsider the possibilities of expansion in France.

As for our future new trains, we are still having discussions with various manufacturers about the new trains, so we cannot provide any news or details in this regard.“