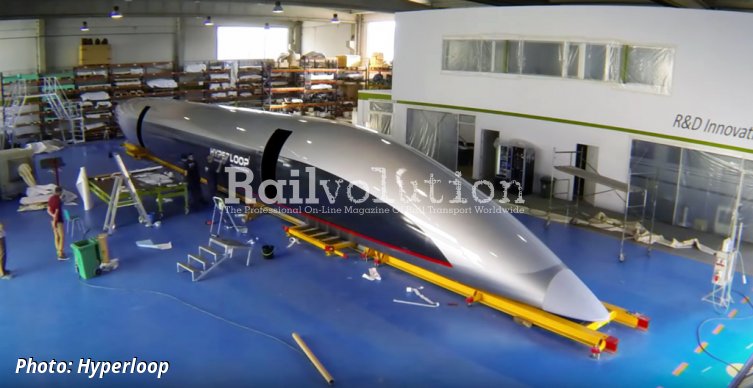 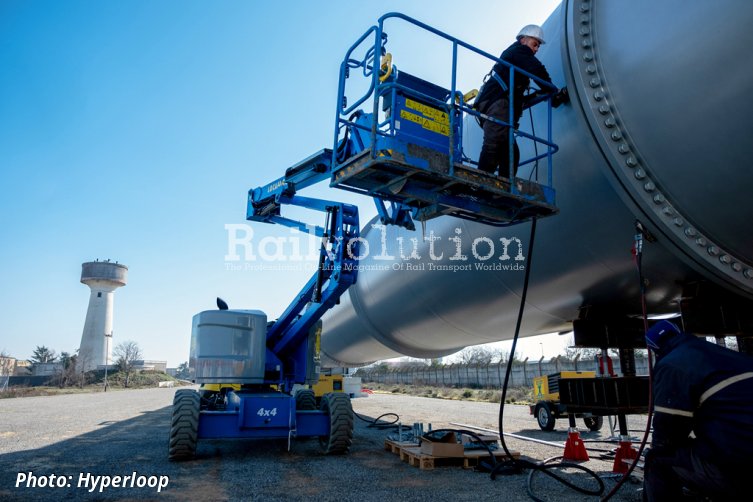 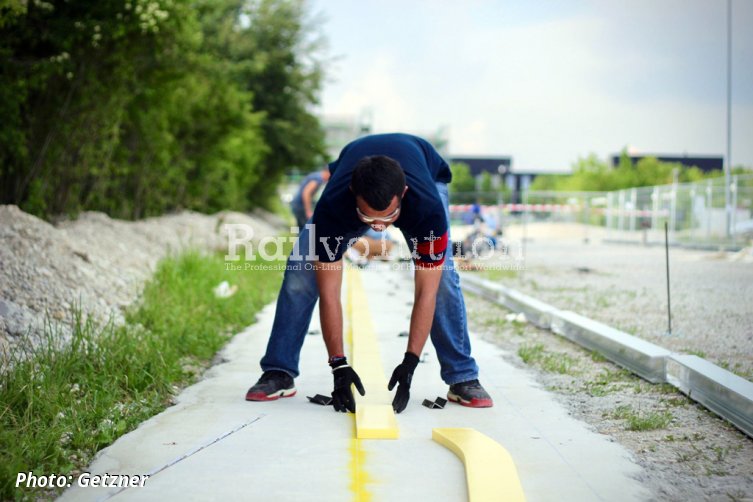 In the 19th century most railways were built by private companies, which raised finance through the issuing of shares, some shareholders and financiers being large commercial banking institutions. Such companies were vertically integrated, being both operators and infrastructure owners. In many instances the private companies eventually encountered financial difficulties, and were taken over by the State, which pursued the vertical integration.

Nowadays, on account of the open-ing up of the European rail market to competing operators, vertical integration is not generally practised. Infrastructure and operations have to be clearly and separately accountable. This is reflected in the way that railway development and rail operations are financed.

Given the positive results of rail market liberalisation, which has now spread beyond the EU area, it would be unlikely that national governments and EU would support the development of a vacuum tube transport system, in which it would be very difficult to enable operators to compete with one another in providing services. A vacuum tube system would, given its nature, have to offer a monopolistic service.

Evidently, without national government or EU-level support for a vacuum tube project, the commercial banks would be very unwilling to provide large, and risky loans. The attractive and tempting Powerpoint presentations offered by the promotors of schemes like Hyperloop are a world removed from the hard-hitting world of state guarantees and banking loans. We have seen the same thing happen with efforts to secure private funding and bank loans for nuclear power station construction. So, without any clear and secure funding, schemes involving vacuum tube public transport systems are on a dead-end course.

The road to today’s standard high speed railways, of which there were around 47,500 km worldwide in early 2019, was not entirely straightforward. Various initial experiments with reactive propulsion or with combustion turbines are a proof of the vague exploratory moves of the mid-1900s. Only functioning high speed railways, created over the past 50 years or so, have given the railways real credibility in this field. The high speed railway has won the confidence of the banks, politicians, railway companies and the travelling public. And now, high speed railways in Europe are currently defined by TSI guidelines, which are being introduced in more and more European countries and also beyond Europe.

On the contrary, vacuum tube public transport systems have failed to take off on a large scale. Since the mid-1900s they have been marginalised, only occasionally reawakening the interest of researchers. Most transport specialists do not waste their time considering them as viable options.

There are various reasons why, suddenly, in the USA in 2012 the Hyperloop project emerged from the sands of time. Perhaps the most probable reason can be summarised thus. Over the years culture has changed, in response to warfare technology. Firearms are almost a thing of the past in modern warfare, except at a miserable personal level of revenge and vendetta. Smart countries prefer to wage international warfare using the latest IT. Battles are fought from computer screens and keyboards. Now the same applies for vacuum tube high speed transport.

In 2010 or thereabouts serious consideration was given in the USA to the construction of high speed railways, particularly on the western seaboard, where road congestion and atmospheric contamination from road traffic were endemic problems, both being far above acceptable limits. Both the local population and politicians were in favour of a high speed rail construction programme.

The high speed railway programme, in spite of being technically and financially realistic, met with opposition. This came from those who had vested interests in older forms of transport technology - cars and domestic air services. They could not assert that high speed railways would be a „bad thing“ since they were by then in successful use on other continents. There was no reason why they would not work in the USA, a country where in the mid-20th century the Niagara-class steam locomotives regularly hauled passenger trains at speeds of well over 160 km/h.

Instead, opponents to the construction of high speed railways asserted that they were technically outdated, slow, too expensive, and unnecessarily complex. Why repeat the past? Why not boldly go where nobody had ever gone before, and reinvent the vacuum tube? Give it an eye-catching promotional name - Hyperloop. Building a Hyperloop would be faster and cheaper than building a railway.

Or would it? It is a well-known fact that whereas once a project has been fully realised its deficiencies are revealed, when a project is still in the development phase, only its potential benefits are talked about. Weaknesses are only revealed as a project is brought to fruition. And in many situations, those weaknesses are often carefully skirted around in information released to the general public.

The real aim of a heavily promoted high speed vacuum tube system is to keep the general public wedded to their private (fossil-fuelled) cars as long as possible, and encourage them to use short-haul flights. The objective of those in powerful industries such as fossil fuel extraction, automotive and aerospace manufacturing are interested in preventing the building of modern high speed railways and are keen to stop people from forsaking these two modes of transport and switching to the use of more environmentally-friendly, more comfortable, and faster trains.

Highly reputable universities and research institutions are thus encouraged to focus on the potential offered by „new“ vacuum tube transport (which was described in books around a century ago). This appeals to the global media, always ready to pander to politicians and management, who enjoy basking in the limelight. This is all the more the case while such projects are still in the development phase and nobody is in a position of running the risk of making
a mistake for pursuing that particular research channel, regardless of whether it is the right one or not, or being held responsible for any financial losses that might one day occur.

In reality this is mere play-acting, with rich dividends for those who profit at present from clinging onto the extravagant personal mobility practices established during the second half of the 20th century. Practices which have involved the squandering of the world’s limited resources of fossil fuels for consumption by road vehicles and aircraft... The small quantities of investment consumed by this drama will reap rich harvests for the actors - the individuals and institutions which are acting out their misguided and uninformed roles on the public stage.

One thing is for certain. The global situation is evolving nowadays very rapidly, and so are technological developments. There is now a rapidly growing awareness of the need to change our current patterns of personal and collective mobility. The old forms, energy-intensive, heavily dependent on the use of fossil fuels, and highly contaminating, with consequent serious health risks, must be abandoned, and as soon as possible.

In attempts to face up to the future, numerous innovative solutions are being proposed. Some will be successful and popular, other not. Some will be appropriate, others may be so, but only under certain conditions. It will not be easy to judge which ones will be the most appropriate to be furthered.
Higher education is not infallible. But in order to recognise genuine development trends from misconceived ideas, a high standard of education is the most reliable tool that humanity can posses. With this discerning approach it should be possible to handle positively those breakthrough innovations that will eventually bear promising fruit.

A complete caption for picture 1: The first full-size Hyperloop capsule, known as Quintero 01, designed by PriestmanGoode, was presented at Carbures’s factory in El Puerto de Santa María, near Cádiz, on 2 October 2018, and in the autumn was sent to Toulouse to the aerospace test institute. In early August 2018 it was announced that a Virgin Hyperloop One test facility was to be developed near Bobadilla, in Andalucía, possibly making use of some of the buildings erected for use in conjunction with the development of a high speed rail test circuit, a project which was abandoned several years ago. To date there has been no further news regarding Virgin Hyperloop One’s plans.

A complete caption for picture 2: At the former military base at Toulouse-Francazal the 320 m long, 4 m diameter Hyperloop test vacuum tube is taking shape (the photo was taken in early 2019). Construction began in January 2018 with a view to tests starting six months later. However, by February 2019 construction was still in progress, as shown here, and the first test runs were planned for 2020.

A complete caption for picture 3: There are also plenty of subcontractors who are proud to announce that they have boarded the Hyperloop bandwagon. Getzner Werkstoffe announced in June 2018 that it had developed Sylomer - a polyurethane high-tech material which introduces a defined elasticity to the track along a length of 300 m and a width of 125 mm, meaning that uniform deflection is guaranteed at high speeds.