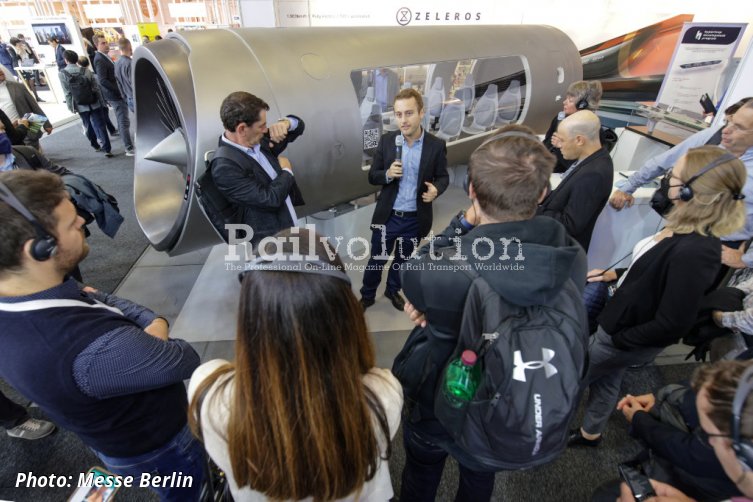 Different, exciting, highly controversial: the Hyperloop. The who's who of the scene will meet today, Friday, at the International Hyperloop Conference starting at 09.00 at InnoTrans in Hall 15.2.

Although the Hyperloop system is technically and physically nonsense, as we have detailed here and here, and although no real results have been achieved so far after many years of research and trials, nor have any of the contracts signed around the world so far been realised, more and more companies are appearing to be involved...

The leading companies in the industry such as Hyperloop One, Hyperloop TT, Zeleros and Hardt Hyperloop will be represented at the InnoTrans’s International Hyperloop Conference. In six master classes, visitors can dive deeper into particular aspects, such as the question of how Hyperloop technology could be used in the freight business or what a global Hyperloop standard could look like.

The company Nevomo, which has developed a kind of intermediate solution between Hyperloop and conventional rail-guided railways with its MagRail technology, is also be presenting itself there. The company will also be part of the International Hyperloop Conference.