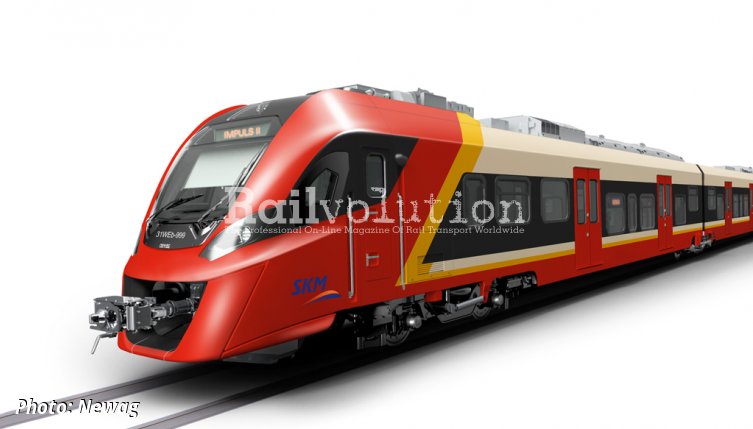 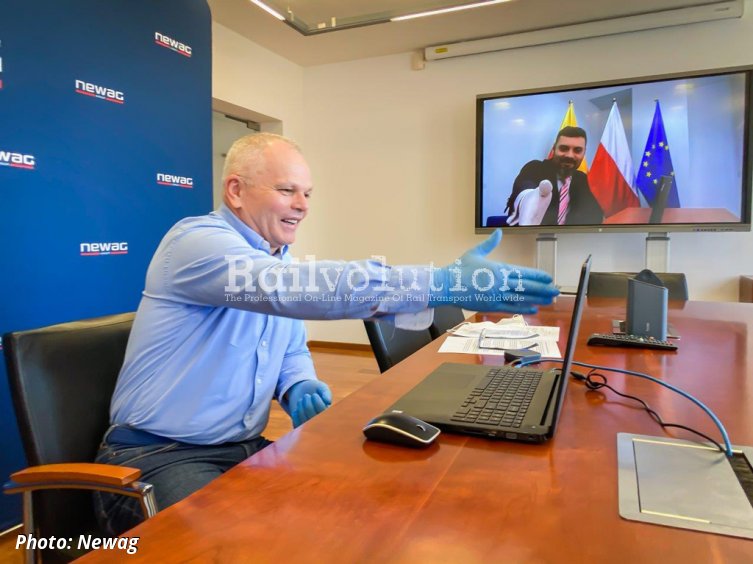 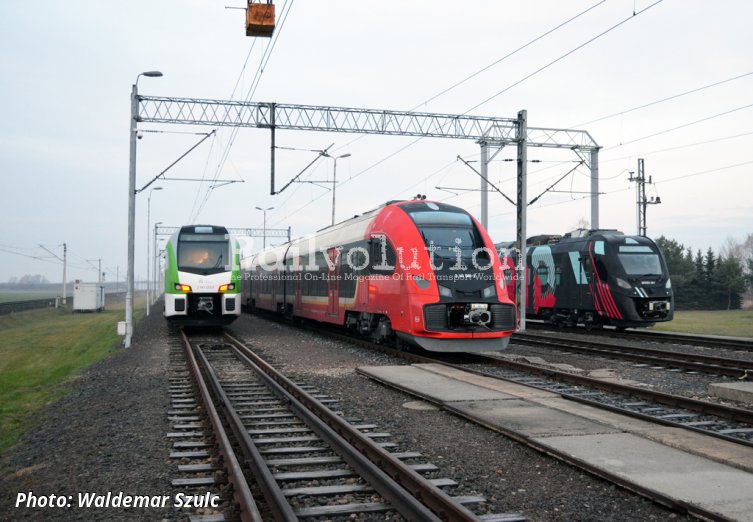 Delivery of the first two trains is scheduled for early 2022, with remainder to follow at the latest by the end of November that year. They will be located in the modern SKM Warszawa-Odolany depot. The contract also includes the driver training and providing maintenance of the Impuls 2s by the manufacturer for a period of seven years.

Already in 2012, Newag started delivery of the first batch of six Impulses (Class 35WE) to SKM Warszawa ordered in April 2011, this being the very first contract for the company’s new EMUs at that time. Then, in December 2012 followed a SKM Warszawa order for three more Class 35WE EMUs, which were delivered in 2013.

Impuls 2 EMUs Instead Of Elf 2 EMUs

SKM Warszawa trains carry over 22 million passengers annually. The most recent contract for 21 Impuls 2 EMUs is replacing the one for the batch of Elf 2 EMUs ordered by the operator on 21 May 2018, when a framework contract was signed with PESA for up to 21 Elf 2s, with 13 trains (eight five-car and five four-car) being ordered as a definitive step, with an option for eight more (seven five-car and one four-car). The contract also covered 15 years of maintenance and staff training, including delivery of a simulator.

The 310.5 million PLN (around 72.3 million EUR) contract was the largest in SKM Warszawa’s brief history (the operator was founded in early 2004). Deliveries of the 13 new trains were to start in July 2019, ten to be delivered by the end of the year. The eight trains in the option were to be delivered by the end of 2023. However, the first train, 22WEg-015, was ready for testing in mid-October, and was subjected to its first test runs at speeds up to 160 km/h at Żmigród test circuit.

The bombshell came on 17 October 2019. SKM Warszawa announced that it had decided to cancel the order for all 13 trains, since deliveries were running so late. It stressed in its announcement that compliance with the delivery schedule was crucial, because the contract was being co-financed by the EU. The terms agreed with PESA justified SKM Warszawa to cancel the order should the delivery of any of the trains take place 30 days or more behind schedule. Under the Public Procurement Act SKM Warszawa was then entitled to a refund amounting to 20 % of the whole value of the contract, by way of compensation.

The operator stated that it had been advised by the Centrum Unijnych Projektów Transportowych (CUPT, Centre for EU Transport Projects) that any changes to the planned delivery dates or any other terms of the contract would result in the EU not providing 25 % of the co-finance for the new trains. This could result in SKM Warszawa losing around 100 million PLN (around 23.2 million EUR).

At a press conference in Warszawa on 21 October SKM Warszawa’s Director clarified the problems with deliveries. The first train was delayed in May 2019 on account of component deliveries being late, and was complete in early October. Once the envisaged two-month testing session of the first Elf at Żmigród has been completed type approval has to be granted by the UTK. This will take time, so delivery during February 2020 is the most optimistic possibility. By mid-October the second Elf 2 had reached the final assembly stage, and bodyshells had been welded to form the four more trains.

SKM Warszawa needs more new trains, and soon. It stated that it planned to invite a further tender for 21 more EMUs before the end of 2019. PESA said that the operator’s decision had taken it by surprise, since until the end it had been working closely together with SKM Warszawa to try to sort out the problems. Moreover, it reckoned that, in spite of the delays experienced with the first few trains, it would be able to deliver the last in the batch in advance of the contract deadline. In any case, PESA informed that it would have no problem in selling the SKM Warszawa Elf 2s that had already been built to other operators.