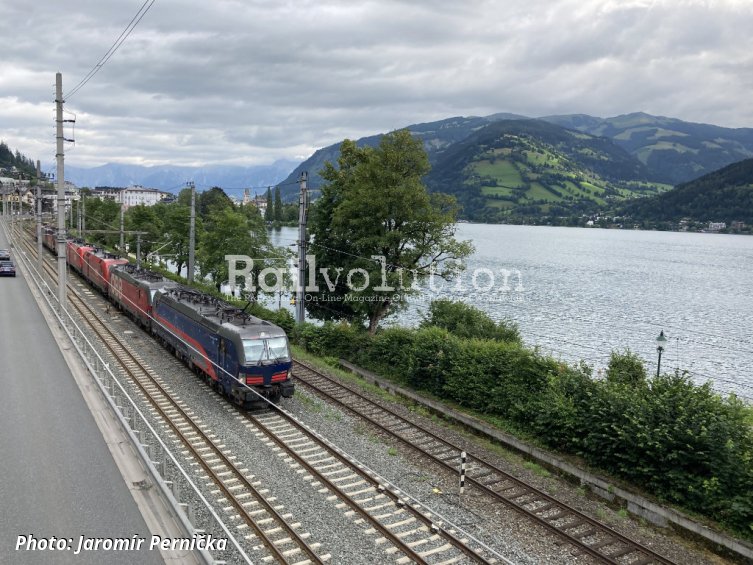 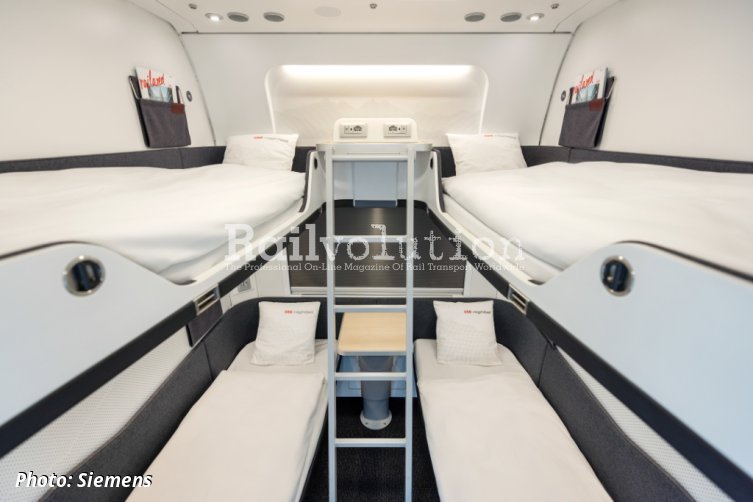 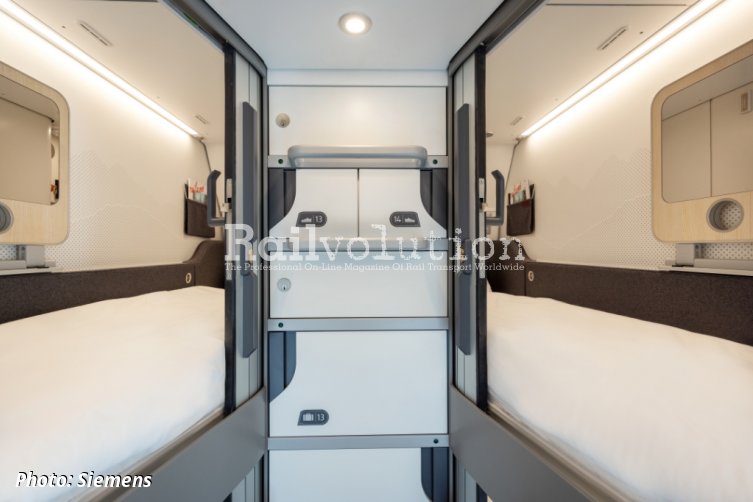 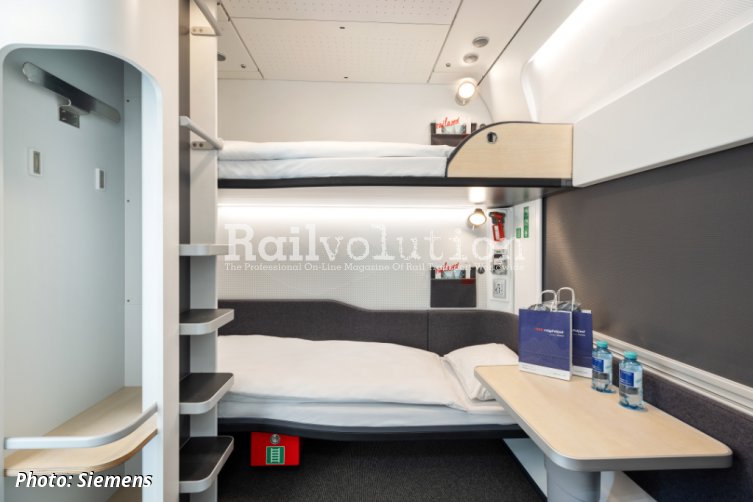 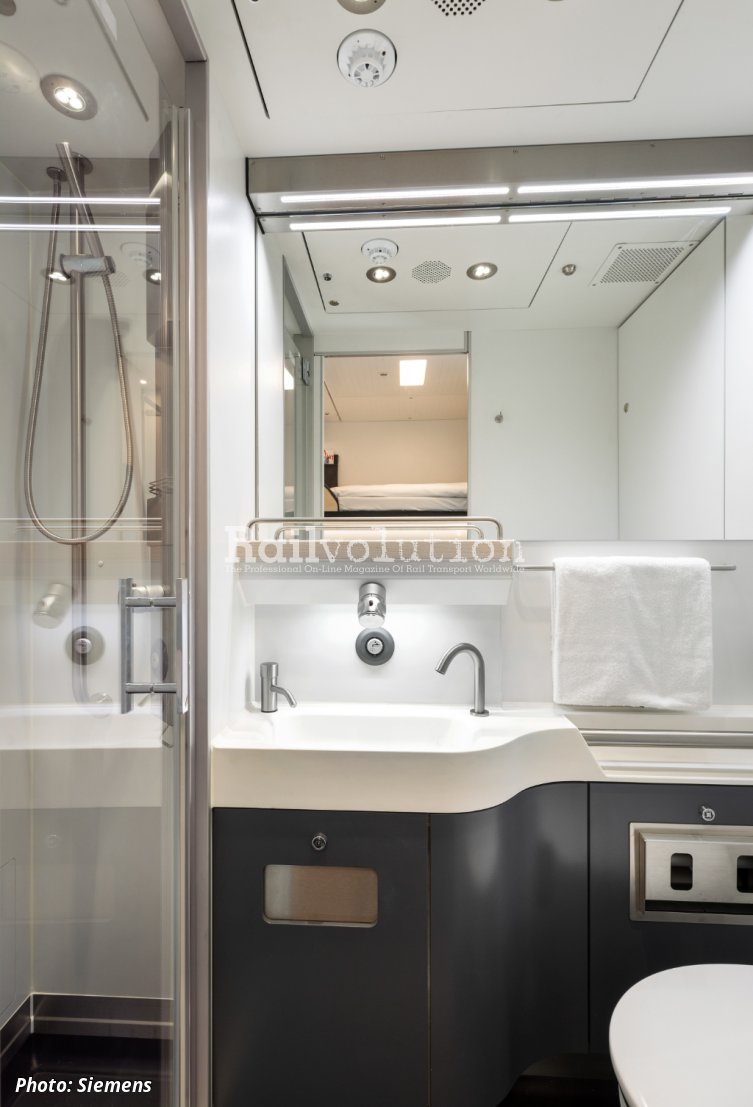 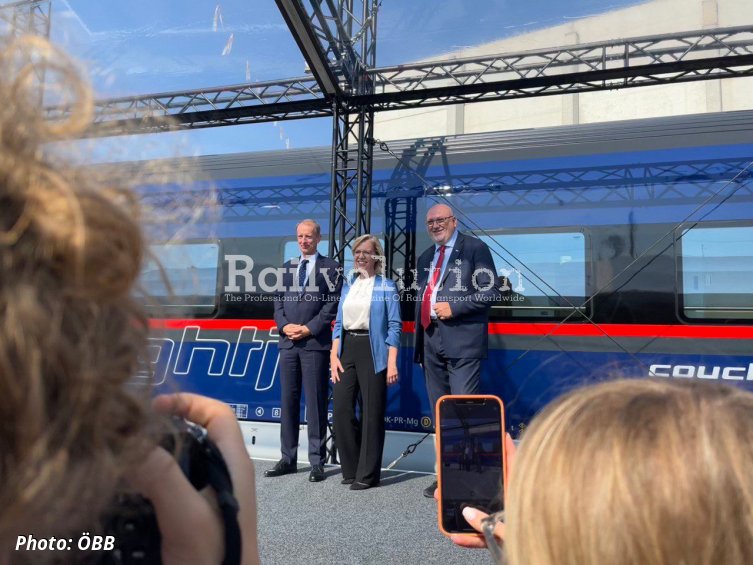 On 6 September 2022, ÖBB and Siemens Mobility presented the new generation of Nightjet sleeper and couchette rakes at the Siemens’s Wien production site. The first of these trains are scheduled to be deployed in Italy at the end of summer 2023 on services from Wien and München to Rome, Venice and Milan. By the end of 2025, a total of 33 of these non-powered units with a maximum speed of 230 km/h are to be in service, replacing a large part of the existing ÖBB locomotive-hauled trains.

They will be used in Austria, Germany, Italy, Switzerland and the Netherlands. The seven-car Nightjets of the new generation consist of two seat cars (a driving car and a multi-function car), three couchette cars and two sleeper cars. The maximum capacity of one set is 254 seats.

We asked ÖBB whether the issue of new locomotives with a maximum speed of 230 km/h has been resolved, or whether the purchase of Vectrons 230 is being considered and in what numbers. ÖBB answered us: "We will use our existing Taurus fleet."

We therefore asked: We expect that it is possible on account of the fact that the Class 1293 Vectrons take over some haulings of freight trains from Tauruses. However, how long these more than 20 years old locomotives can be used for the very new Nightjet and Railjet rakes? Anyway, sometime ÖBB will be forced to buy new 230 km/h locomotives… And then ÖBB will have the new locomotives and around 20 years old Nightjets and Railjets? We don’t undestand this policy. Thanks for your explanation.

ÖBB added: "At the moment there is no decission to buy additional locomotives for passenger service yet."