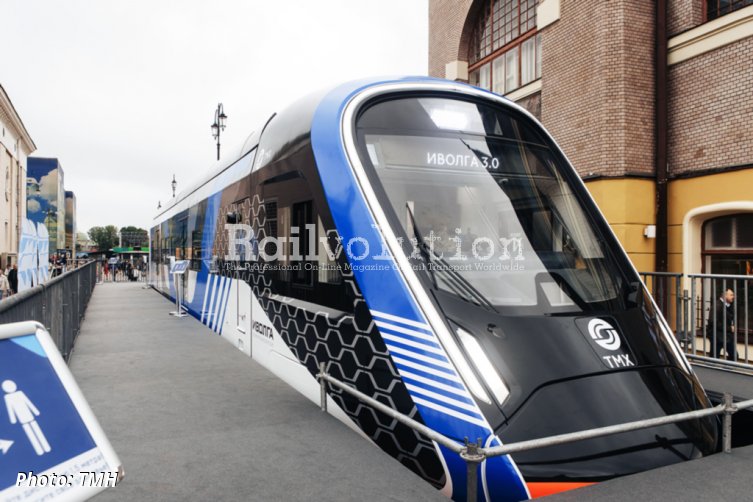 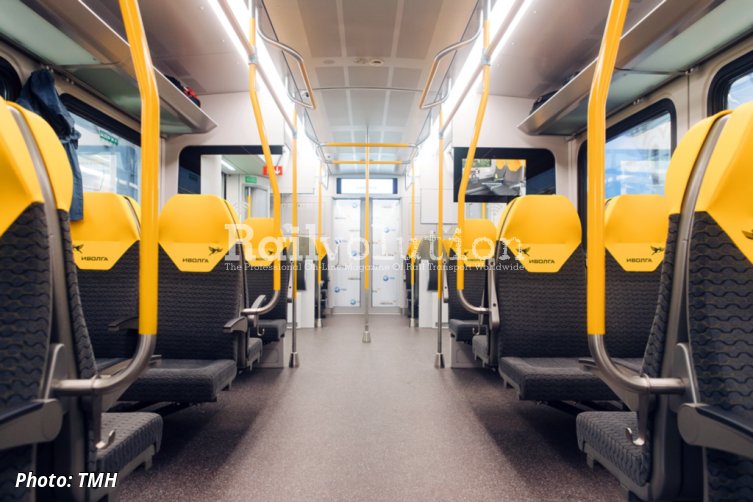 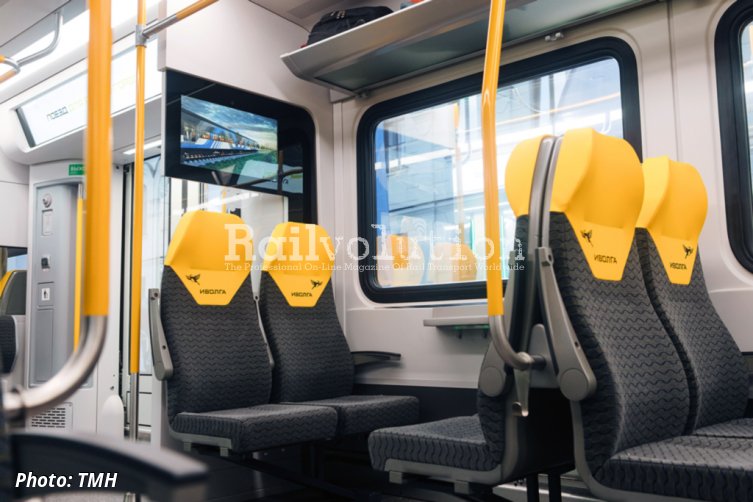 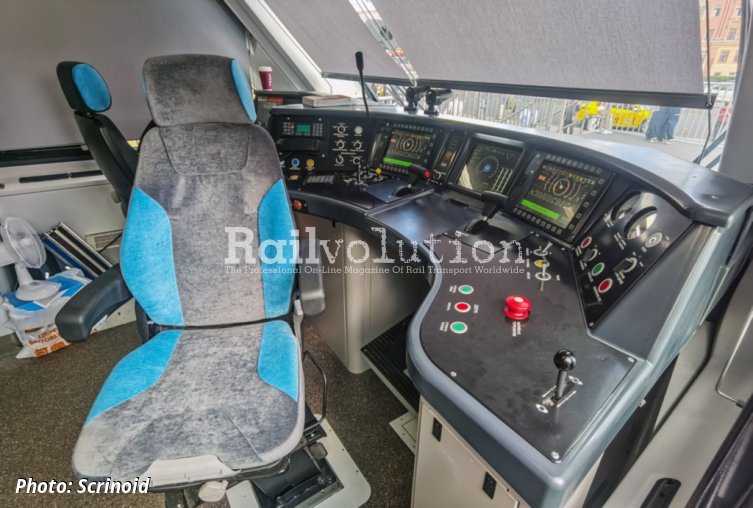 During the 10th MOSCOW URBAN FORUM 2021 international congress, which will take place between 1 and 4 July in the Zaryadye Park (near the Kremlin), TMH will show the public a mock-up of the end car of the future Ivolga 3.0 EMU, to be produced by TVZ. The mock-up will be displayed near Yaroslavsky station and its design is being developed by 2050.LAB, which is also involved in the interior design proposals for the new TVZ-built sleepers.

The exterior uses the design of the Ivolga 2.0 EMU end cars. The interior layout of the new cars has been modified so that the 11-car set can increase its seating capacity by 50 seats to 718 instead of 668. In addition, this number can be further increased upon the operator’s request. The seats have been redesigned and each is equipped with folding armrests and a charger for small passenger electronics.

Hooks for personal belongings are located under the window tables and on the vertical handrails. The end cars can accommodate a bicycle room and an electric scooter charger. A passenger counting system will be installed to inform passengers of the cars' occupancy using a smartphone app. The width of the entrance doors will remain at 1,400 mm as before.

Technically, the future Class EGE2Tv features a higher top speed of 160 km/h instead of 120 km/h at the 3 kV DC Class EG2Tv, and a higher acceleration of 1 m/s2 instead of 0.9 m/s2. The traction power will depend on the number of powered cars, and more powerful asynchronous traction motors will be used (300 kW so far). The Ivolga 3.0 EMU can have 4 to 12 cars, while the Ivolga 2.0 and 1.0 units had 5 to 12 cars. The two sets can run in multiple. Thanks to modern technical solutions, the Ivolga 3.0 can change travel direction only within 2 - 3 minutes.

The Class designation is interpreted as follows: „E“ stands for „elektropoyezd“ (EMU), „G“ for „gorodskoy“ (suburban), „E“ for „Express“, „2“ indicates 3 kV DC operation, and „Tv“ is an abbreviation of „Tverskoy“.

The aim of the mock-up presentation is to survey visitors, and then the wishes of potential passengers will be submitted to the design team working on the Ivolga 3.0 project for study.