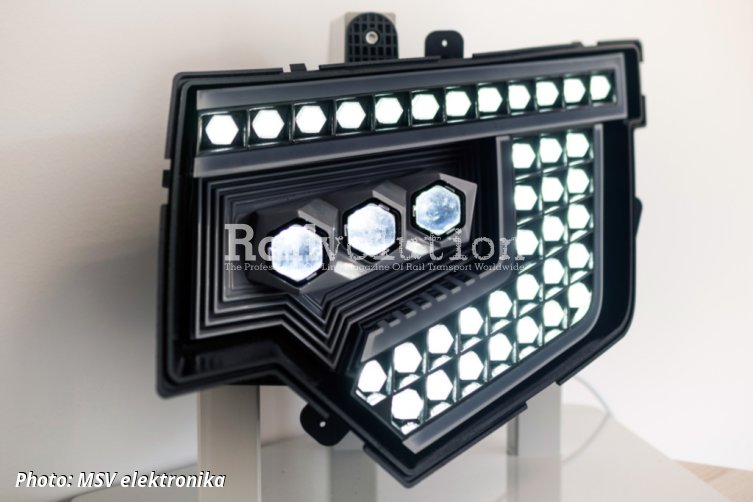 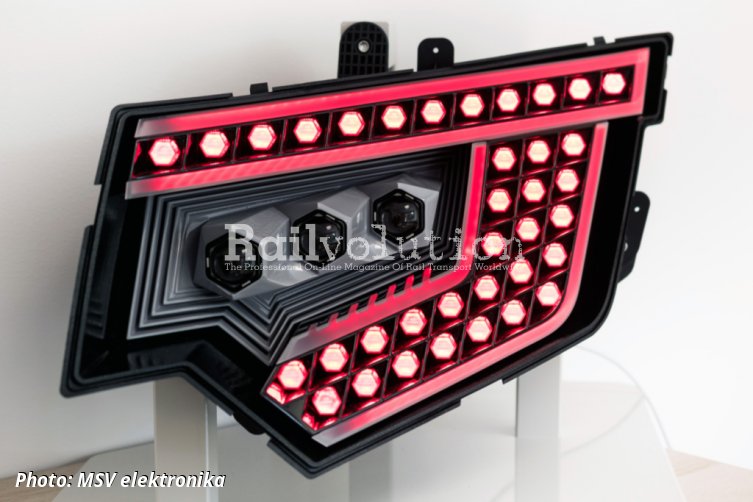 Over the past two years, MSV elektronika of Studénka in the Czech Republic has developed a new optical system of LED design lights for railway vehicles. This is modular system and allows many different shapes to be assembled according to customer requirements, making it particularly suitable for atypical and non-standard solutions. Currently, the MTL system is mounted on ČD's Class 646 series (GTW 2/6) DMU, AŽD's Class 654 (RegioSprinter) DMUs and CZ LOKO's Type DS2000 (DualShunter 2000) locomotive.

The MTL allows the combination of different types of lights: headlamp, marker lamp and tail lamp into one assembly. Highly luminous SMD LEDs are used as light sources, which are controlled and operated by an LED driver that also provides their diagnostics. In the event of a fault, it is signalled at the diagnostic relay output, which can be connected to a higher-level control system. The MTL luminance can be selected in multiple stages, the system operates in both dimmed and non-dimmed modes.