New Carriages For Caltrans And IDOT 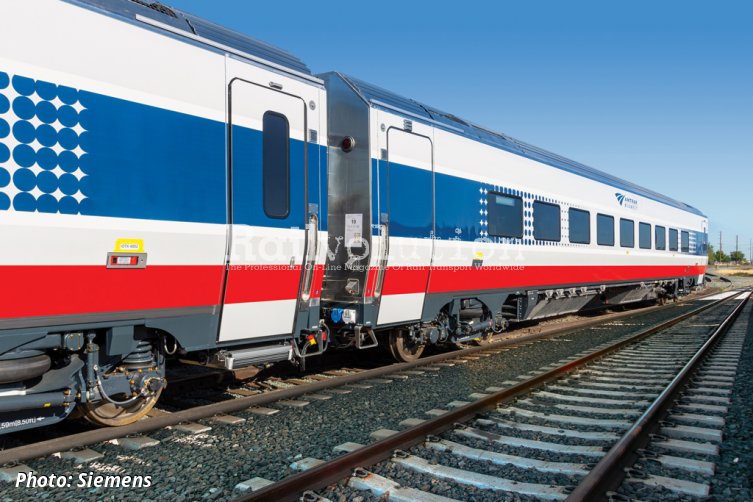 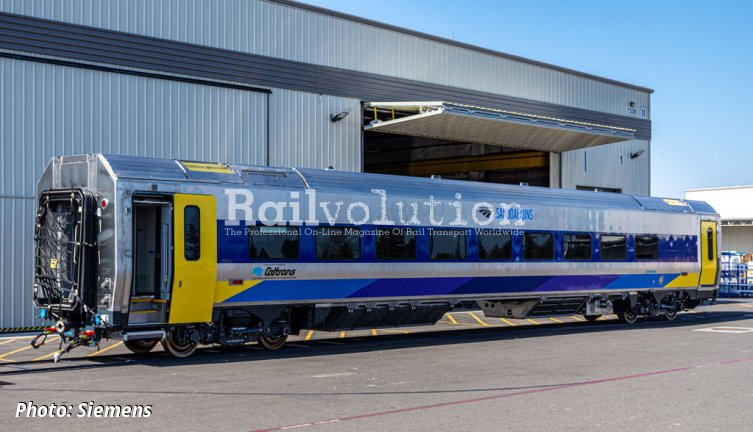 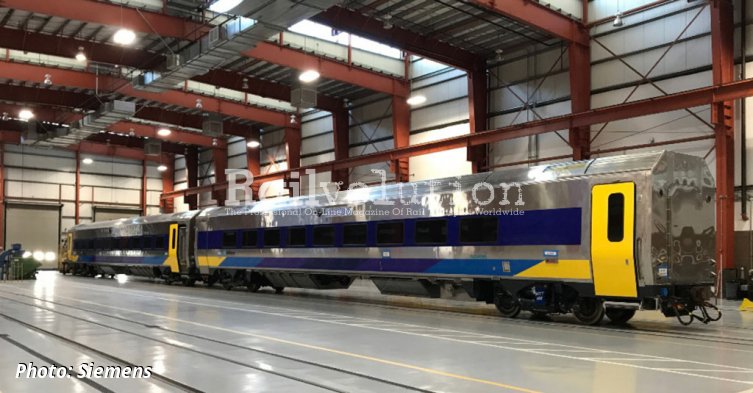 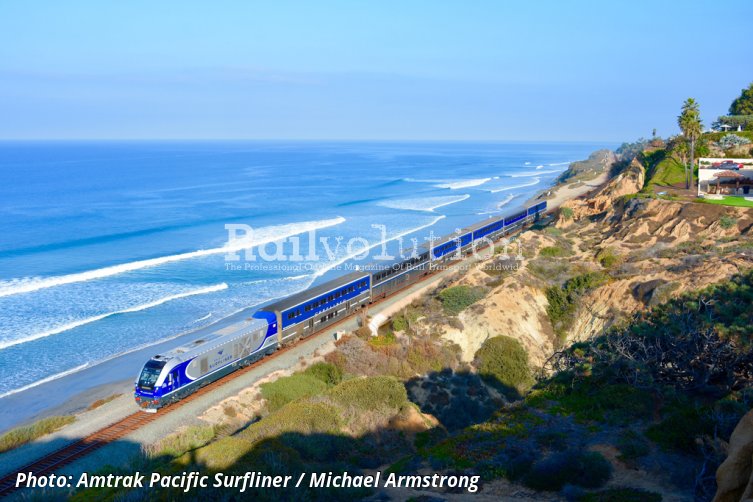 In early 2020 Siemens Sacramento finished first of the 137 single-deck cars belonging to the manufacturer’s Viaggio Comfort family. Of those, 49 are destined to Caltrans (California Department of Transportation) and 88 to IDOT (Illinois Department of Transportation). A history of this batch began on 9 November 2017, when both authorities announced they awarded a consortium of Sumitomo Corp. of Americas and Siemens a 371 million USD contract for 137 new carriages.

They are destined to replace double-deck carriages from an initial, delayed 2012 order, which was awarded to a consortium of Sumitomo and Nippon Sharyo and which lapsed in 2015 when a prototype car failed to pass a mandatory U. S. crash safety test. Then in August 2017 it was announced that Siemens would replace Nippon Sharyo as subcontractor, and that the specifications were modified to single-deck cars.

The new Viaggio carriages will be of similar design to that of the cars delivered to Brightline in Florida. They will feature the power sockets, bike racks, work tables, Wi-Fi and full ADA accessibility throughout. The Caltrans carriages will be used on the intercity lines throughout California that serve almost 6 million passengers annually, ie. on the Pacific Surfliner, San Joaquin and Capitol Corridor trains. IDOT will use its cars on Midwest services.

We asked Siemens:
- what are the main parameters of the new Viaggio cars (their maximum speed, length, width, height, bogie wheelbase, distance between bogie centres, weights empty/occupied, passenger capacity),
- how many driving trailers will be included in the fleet,
- what Sumitomo does specifically within this contract, and where,
- when and where the cars are being tested,
- how many cars were built until now,
- when the completion of authorisation is expected,
- when the start of regular service is envisaged,
- when the final car will be delivered.

We also asked for the interior photos.

Now Siemens sent us the basic technical description as follows.

The carriages are named Venture by Siemens. They are operating in married pairs, coupled by the way of semi-permanent couplings and fitted with weatherproof gangways, creating a comfortable, safe and fully-ADA compliant passenger movement between the cars. The cars can also be configured for operation in conventional rakes, fitted with standard couplings and weatherproof end doors.