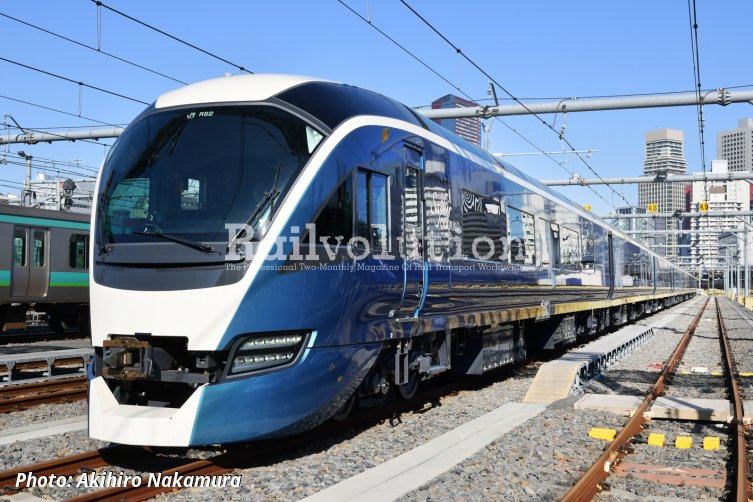 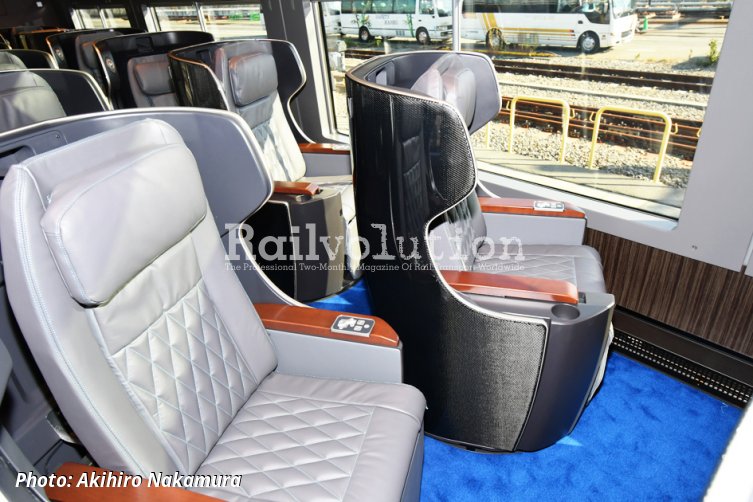 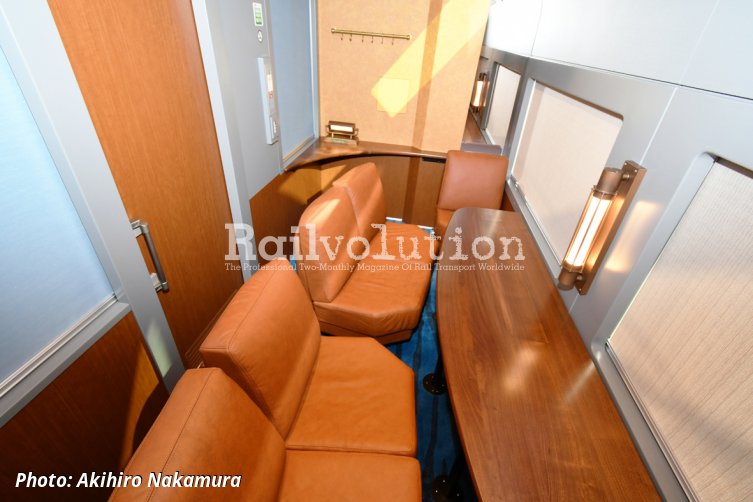 JR East has taken over two E261 Series EMUs built by Kawasaki Heavy Industries, destined for special sightseeing limited express trains running between Tokyo and Fuji-Hakone-Izu National Park, which is very popular for its hot springs. The eight-car 1,500 V 120 km/h DC 1,067 mm gauge trains have bodyshells made of aluminium and consist of five powered cars and three non-powered ones (both end cars and an intermediate car No. 5). Each of the traction motors is rated at 140 kW, giving an overall traction power of 2,800 kW. All bogies has fully active suspension to ensure smooth ride.

The train which was designed by Ken Okuyama was named Safir Odoriko. Safir means "saphire" and Odoriko is a character from book Izu no Odoriko (The Dancing Girl of Izu) written by Nobel Prize winner Yasunari Kawabata. All seats in the train are reserved, the Green class (First) in car No. 1 has a 1 + 1 configuration with 20 large comfortable seats. Cars 2 and 3 have two types of compartments for up to four or up to six passengers, basically intended for traveling families or groups. Car No 5 is a dining car with open kitchen, planned to serve Japanese noodle meals. Remaining cars have open space saloons with a 2 + 1 seat configuration, with a pitch of 1,160 mm.

Limited Express trains on which E261 Series will be operated run from Shinjuku station in Tokyo to Izukyu-Shimoda station at Izu peninsula using JR East and Izukyū Corporation lines. E261s will replace the MOHA 251 EMUs, built between 1990 and 1992, used on this services until now.