New Rail Shuttle From Middle Sweden To The Göteborg Port 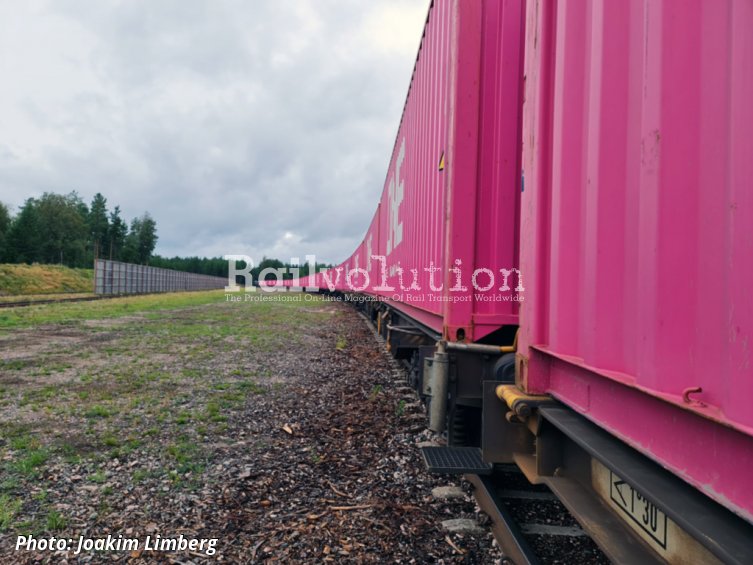 A new rail shuttle is about to begin transporting timber products from Malungsfors in Dalarna to Asia via the Göteborg port. It will generate substantial carbon savings and logistical benefits, consolidating the port as the principal hub for the export of Swedish timber products.

The driving force behind the newly established rail shuttle is the Fiskarheden sawmill, working in close collaboration with the forwarding company Träfraktkontoret. The first train to depart will carry 32 40-foot containers from the Japanese shipping company ONE and will arrive at the Port of Gothenburg on 30 August.

Previously, timber products were transported by road via the Gävle port. The new arrangement via Göteborg offers both logistical benefits and carbon savings. Transporting freight from the Fiskarheden facility in Malung-Sälen by rail to the Göteborg port and on to the final destination in Japan reduces the carbon footprint of each container from 406 to 207 kg of carbon dioxide per TEU (20-foot container).

Fiskarheden – which produces more than 370,000 m3 of sawn timber per year, of which more than 90 % is purchased outside Sweden - has invested heavily in the transformation of the rail terminal in Malungsfors to facilitate container handling. “The fact that we can handle and stuff containers here in Malungsfors is a major step forward. It is a long-term investment that will open up new markets for us via the Port of Göteborg and it is definitely the right path to follow in our ambition to reduce our climate footprint,” said Magnus Larsson, Fiskarheden chief executive.

The forest industry has for a long time been a cornerstone of Swedish basic industry with annual exports totalling 145 billion kronor (2020). More than 80 % of Swedish forest products are sent abroad (23.4 million tonnes in 2020), making Sweden the fifth-largest forest product exporter in the world. The trend in Sweden has been positive for many years and particularly so in recent times with exports rising by 6 % since 2018.