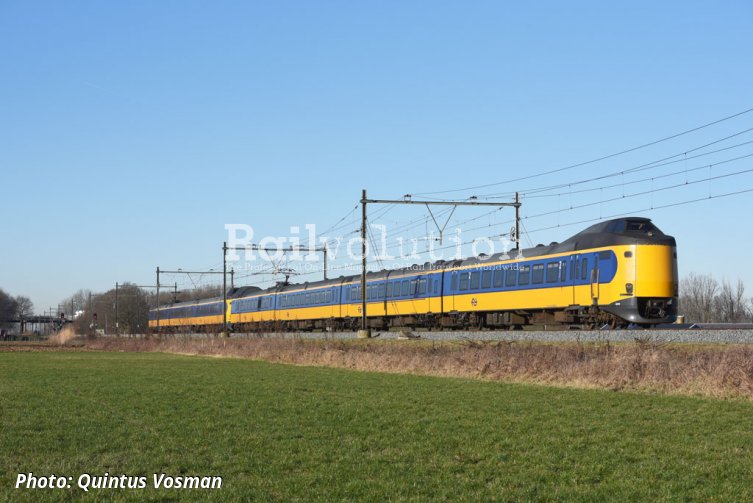 NS has started the tendering process, based on EU legislation, for a new generation of double deck trains. The process is beginning with market consultations to the manufacturers which is part of pre-selecting potential suppliers. NS takes it as the first step in a process to end up in ordering new trains in 2022 in case of a positive decision, while delivery is scheduled to start from 2027.

NS is in particular interested in trains which offer both high capacity and easy access. That might be found in rolling stock which is composed from both double deck and single deck cars. The single deck trains are to provide the facility for passengers with reduced mobility, which is obligatory and prescribed by European legislation and a hard requirement with regard to awarding the Authorisation to Place is Service (APS), the necessary permit to take a train into service. A granted APS is a condition for acceptance by and delivery to NS.

With the interest into mixed single/double deck train compositions, NS is following developments in the railway industries and some European countries. Such train concepts are already in service in Germany, like Siemens-built Desiro HC EMUs, operating at the RRX Rhein Ruhr Express network, and in France at SNCF which has Bombardier-built OMNEO EMUs, also known as Regio 2N.

The new 160 km/h EMUs are to be up to 160 m long, and fitted with on-board ETCS including an STM for ATB, the Dutch train protection system. The total requested capacity of the new fleet is 30,000 seats - a usual way by NS to leave opportunity to the industries for their own ideas and innovation in train concepts. NS claims to have options for expanding the order or to have more orders, even with some variation in similar stock.

That includes option for trains which are suitable for cross border operations into one or both neighboring countries, including a requirement for a 3 kV DC traction equipment. Moreover, 3 kV DC might be the future a power supply on the conventional Dutch network. A feasibility study for this conversion is under way, in particular at Prorail, the Dutch railway infrastructure manager. NS explains the wish for new trains with high capacity by the estimation that the increase of passengers will exceed the forecasted growth from the study of National Market and Capacity Analysis (NMCA), which is taken as a standard by the Dutch government for developing the railway network.

Furthermore, the new trains are needed for replacing the aging double deck stock, in particular the Type DDZ double deck trains which were created out of DD/AR coaches (240 coaches; delivered early 1990s) and 50 Type mDDM Bo’Bo’Bo’ single deck power cars at the midlife refurbishment. Also the characteristic three- and four-car Type ICMm EMUs with the high driver’s cab from the 1980s will be withdrawn when new trains will be delivered.

NS counts on a necessary seven-year period for starting the tender until the moment of starting commercial operations. However, it will be at the end of the first step (which has started now), i.e. the market consulting, for a go/no-go decision to continue the tender leading to an order for new trains.

In the Netherlands public passenger transport by train is a regulated market: it is forbidden to operate public transport without having a concession. The concession is legal tool by the competent authority giving an operator the exclusive right to operate, but also impose the obligation to operate. NS operates the so-called Core Network (Hoofdrailnet) based on the concession granted by the Dutch Minister of Infrastructure. This concession has a validity of 10 years and will expire at the end of 2024. However, new trains will be delivered not earlier than 2027.

If NS will be granted the next Core Network Concession, it will receive the new rolling stock in the next concession period. If not, NS has to fulfill the obligation from the concession to „guarantee“ continuation after this concession. If another operator would take over the operations on the core network, it will get the delivery of these new mixed single/double deck trains.