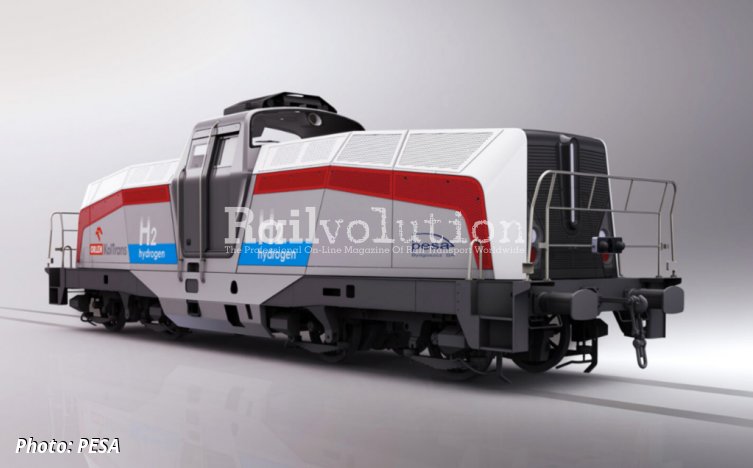 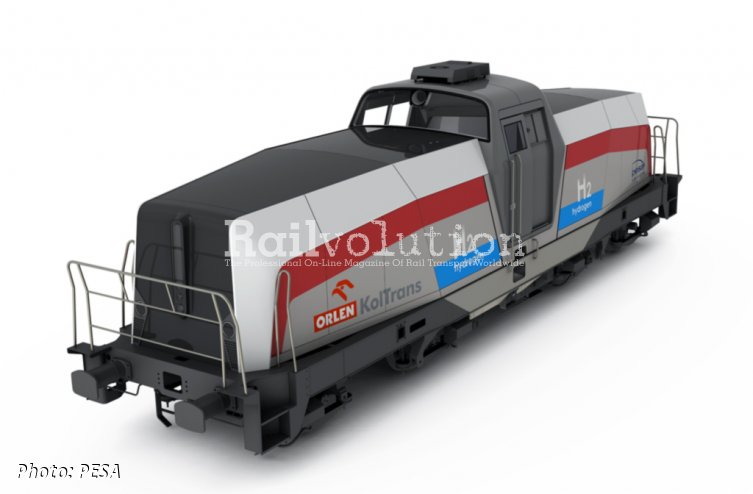 In 2019, PESA created a research team focused on the development of hydrogen fuel cell rail vehicles. The first practical result is to build prototypes of a shunting locomotive and a multiple unit with this type of drive.

Now the manufacturer has announced that it will present a prototype locomotive with the designation SM42 6Dn at this year's TRAKO trade fair in September. It is to have an output at wheel rim of 720 kW and will be used in the Orlen refinery in Płock. It is being projected in cooperation with PKN Orlen and Orlen Koltrans and will be built on the basis of the Class SM42 diesel shunter.

The 90 km/h Bo’Bo’ locomotive, initially with the DC/DC electric transmission and a power of 600 kW, will retain its principal traction characteristics, therefore it will still be able to haul trains weighing of up to 3,200 t.

The „new“ Class SM42 6Dn locomotive will be fitted with four 180 kW traction motors built by TSA, and with two liquid-cooled ABB traction converters (one per bogie). The prototype with the 167 kWh LTO traction batteries and two fuel cells (each of 85 kW) will have hydrogen tanks with a total volume of 175 kg. The vehicle will be now equipped with an electrodynamic regenerative brake.

The implementation of this project is advanced, at the level of 70 %, and key components, including hydrogen cells, have already been delivered to Bydgoszcz. Simultaneously, PESA is also working on a prototype of the hydrogen multiple unit, designated Regio160, destined for PKP IC.