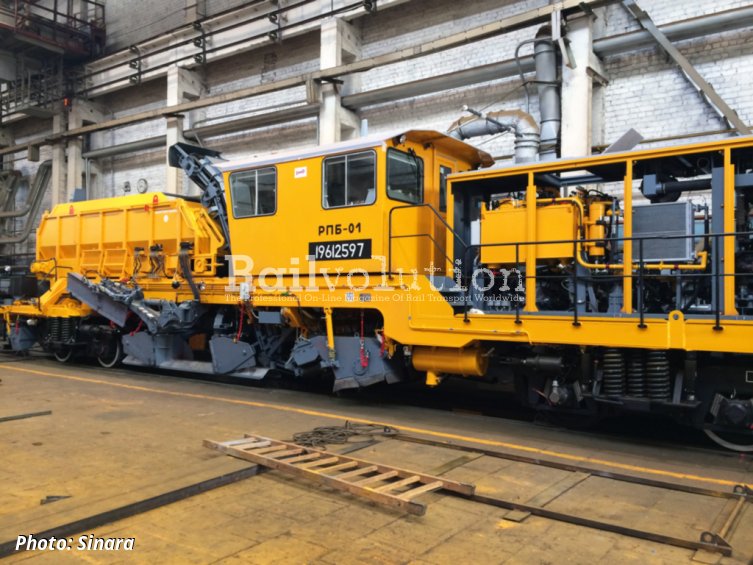 The agreement applies to the contract with Indian Railways signed in 2020 for delivery of one prototype and 18 batch-built Type BRM-01 ballast regulating and leveling machines. They will be assembled between 2022 and 2023 at SAN Engineering & Locomotive Co. of Bangalore, according to „Make in India“ national initiative, which assumes at least 50 % of products localisation.

According to Valery Savchenkov, Kalugaputmash CEO, the agreement with the Ministry of Industry and Trade will simplify the company to successfully meet all contractual obligations. It is to be noted that signing the agreement does not necessarily mean that STM will take the loan. It only means that the company will have this option in one year, and it is up to STM financial team to decide whether to use this opportunity or not.

As part of the agreement, KPM is committed to meet certain requirements of the corporate competitiveness program (if implemented). One of them is creation of additional production facilities at Kaluga works, which can be used also for future projects. In addition, Kalugaputmash will be directly involved in the BRM-01 final assembly at SAN Engineering & Locomotive Co. of Bangalore using the kits of components supplied from KPM, and will also conduct the acceptance tests in India.

In January 2021, also the first set of components and assemblies produced by Remputmash of Kaluga for the Type RTM-32 track tampers arrived at the port of Chennai, followed by the second set in February. Both machines, which are being built at SAN Engineering & Locomotive Co., were ordered by Indian Railways in June 2020. However, on account of the severe covid situation in India, the production site was closed down. As the situation gets better, the company hopes that in the coming months it will be able to send its technical specialists to Bangalore to begin the working process.