SBB Class Tm 234-4: The Next Chapter In The WINDHOFF Success Story 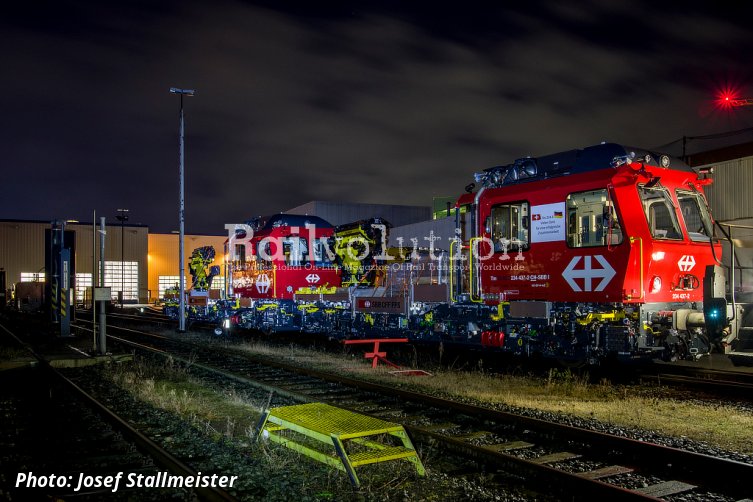 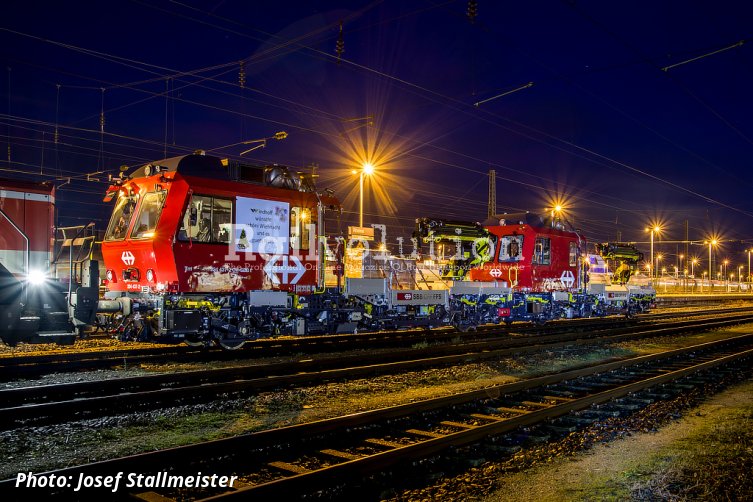 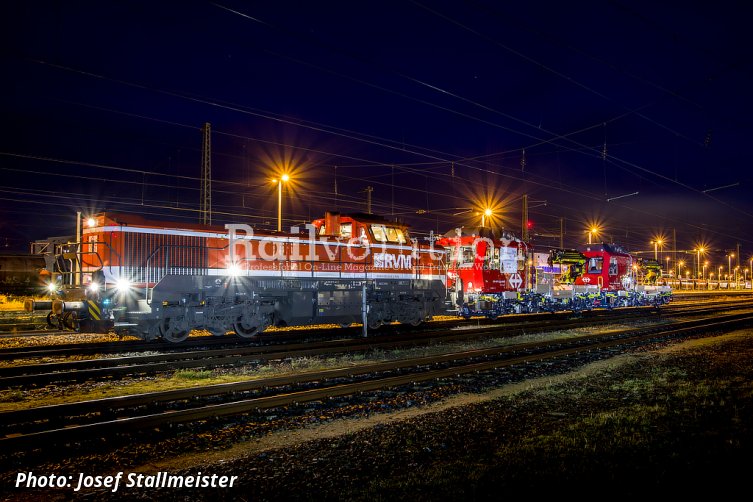 On 11 November 2015, a delivery contract was concluded between SBB and WINDHOFF Bahn- und Anlagentechnik GmbH regarding the development, building and delivery of 35 Class Tm 234-4 Baudiensttraktoren (multi-purpose vehicles for track construction and maintenance). Worth more than 70 million EUR, this contract is the largest single order to date in the WINDHOFF history.

At the start of the project in November 2015, the versatile Class Tm 234-4 vehicles and the associated high expectations for the new type were defined based on 1,776 requirements. The aim was for the features of the Tm 234-4 to be characterised by compact dimensions, high levels of flexibility, performance and economy as well as a high degree of reliability and availability.

In 2018, the first five pre-series Baudiensttraktoren were subjected to six months of intensive testing in the form of field trials during regular construction site operation directly at SBB in Switzerland so that the high performance characteristics of the vehicles could be validated as planned.  The pre-series vehicles were received positively by SBB and their performance was tested in hard practice.

In addition to the fact that the Class Tm 234-4 has a compact design while still boasting a high engine power of max. 651 kW, other obvious reasons for this success include the smaller loading area of just over a metre, the intuitive partitioning of the cab interior as well as countless other practical refinements. Modification proposals arising from the practical trials were adopted for batch production, meaning that the Tm 234-4s could ultimately be produced in compliance with all of the requirements set out by the client. All of these many subtleties support SBB employees in their work in a special way every single day, and are one of the reasons that the Tm 234-4 has been able to assert itself as a practical maintenance vehicle.

WINDHOFF’s approach to the project, which stipulates customer involvement right from the design phase, as well as intense collaboration with SBB, has led to vehicle development and production being conducted in a way that has been successful for both parties. In many cases, such as those in the area of fuel consumption measurement, wear-reduced deceleration or boost mode, where working diesel can be added to the main diesel engine as traction support without any interruption to the tractive effort, the expectations for the vehicle were fully fulfilled.

With the beginning September 2019, after completing the pre-series phase and the associated technical and planning consolidation, the series vehicles have been successfully supplied to SBB right on schedule. An initial delivery cycle of one vehicle every three weeks was significantly increased due to various optimisation measures in the production process. As a result, WINDHOFF could, in coordination with SBB, shorten the delivery of the final vehicle forward by six months to the original delivery schedule. This provided the customer with considerable benefits at an operational level.

For this trailblazing project, there was a particular focus on life cycle costs (LCC) as well as on the specific technical features. This focus allowed SBB to add highly economical vehicles to its state-of-the-art fleet. In addition to other test criteria, the fuel consumption of all 35 Baudiensttraktoren will in future be measured over a period of 25 years and checked against a default nominal value defined in advance by SBB for use as an acceptance criterion. This proof of economic viability is complemented by the continual monitoring of maintenance times and costs. The aim is to ensure the defined availability of the new vehicles.

The last two Tm 234-4s were delivered to Biel in early December 2021. The project will be completed with the final vehicle acceptances in March 2022, the final vehicle documentation as well as evidence of vehicle reliability and life cycle costs for corrective maintenance.

Outlook - The Drive For Innovation At WINDHOFF

Due to the products that have been developed, produced and successfully delivered over the last few years such as the Class Tm 234-4, WINDHOFF has an excellent reputation. This explains why the company was so very successful on the market over recent years and how it was able to generate several new railway vehicle orders.

In the area of standard-gauge railways, WINDHOFF secured some orders for the Norwegian railway infrastructure manager Bane NOR or from the DB Bahnbau Group. In local transport, the company has won innovative projects for Verkehrsgesellschaft Frankfurt GmbH and Duisburger Verkehrsgesellschaft AG.

WINDHOFF’s drive for innovation is also clear in these projects. The VentuS® NV SF50, for example, uses various state-of-the-art assistance systems such as a camera assistance system instead of the rear view mirrors, a warning system for the blind spot, a driver assistance system with collision detection or rain sensors to improve road traffic safety.

In the standard-gauge railway sector, WINDHOFF has been making an important contribution to improving the efficiency and safety of rail networks for over 10 years by preparing rail vehicles for and directly equipping them with the ETCS. The Class Tm 234-4 Baudiensttraktoren has therefore been fitted out with the on-board ETCS Level 2 Baseline 3.4.0, which is used for all ETCS lines in Switzerland.

WINDHOFF also has a strong presence on the international market. Being able to call Bane NOR a customer is something that WINDHOFF is particularly pleased about, as this infrastructure manager has recently commissioned 12 latest-generation multi-purpose vehicles. With the MPV®-VentuS®, Bane NOR will be tackling the demanding environmental influences in Norway and successfully implementing maintenance projects on tracks in Norway.

The name of this modular vehicle system shows WINDHOFF’s move towards innovative and sustainable mobility. The superior nature of the four-axle MPV-VentuS is down to its strictly implemented modular system. While the customer can carry out all of its tasks in the area behind the cab, known as the multifunction zone, which comprises a range of different working modules based on the  intended assignment, all of the drive units are located in the underfloor area. This maximises the working area in the vehicle that is available to the customer.

In addition to the constant drive for technical development, WINDHOFF attaches least the same amount of importance to the issue of a sustainable mobility, which is even more relevant than ever in the current context of climate change. In order to keep the exhaust gas emissions from the combustion engines as low as possible, modern machines in EU Stage V NRE are used.

The modular system of the MPV-VentuS also offers various options for achieving emission-free propulsion and operation. The pre-defined interfaces for the modular system take into account the assemblies that allow for energy supply from an overhead line, a traction battery, a fuel cell or also the energy source of the future.

In line with this, both the vehicle frame and the sub-assemblies in the cab are based on a modular concept, meaning that between two and seven people can be transported in a driver’s cab and vehicle lengths of between approx. 16 and 22 m can be realised. Social containers have been designed for transporting additional people.

Workshop modules make it possible to carry out work on the vehicle and preliminary tests have already been performed on the modular underfloor installations with regard to assembly space and interfaces. It is therefore conceivable that the drive module could be replaced over the coming years taking into account future statutory regulations (such as emission standards) that do not yet exist. It is also possible to upgrade the vehicle in order to integrate technological advances relating to the cell technology used in the traction batteries.

Approval is granted based on the 4th railway package and the regulations on interoperability in connection with the nationally applicable standards. The customer will therefore receive a completely approved vehicle this ready to drive and ready to work. Consequently, the vehicle concept behind the MPV-VentuS is definitely one thing, and that’s future-proof!