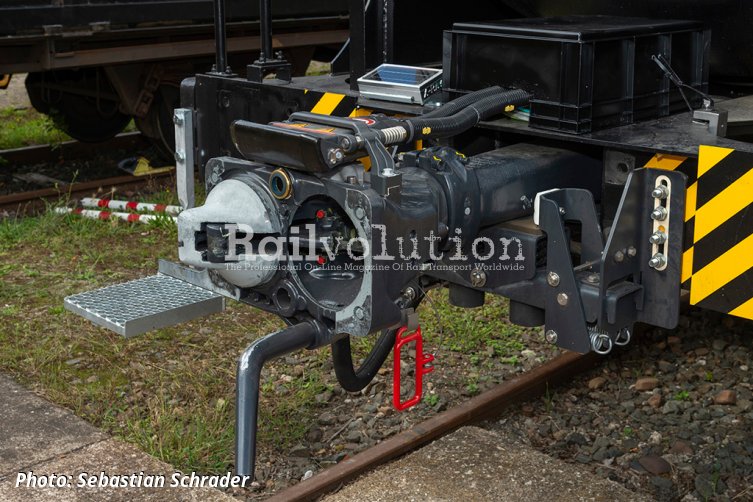 On 21 September, the Supervisory Board of the European DAC Delivery Programme (EDDP), on a proposal of the Programme Board, has adopted a decision on the selection of the Scharfenberg design for the future Europe-wide Digital Automatic Coupling (DAC) standard coupling head design.

This decision is the result of a transparent process started early this year with the definition of the criteria for the selection process and a series test campaigns conducted on a series of couplers’ heads. Around 100 EDDP experts from 36 companies assessed the results of two test consortia (DAC4EU funded by BMVI and Trafikverket/Swedish Winter Tests funded by Shift2Rail) and of previous Shift2Rail works in dedicated workshops for each coupling end of July 2021.

The results of the test campaigns were examined in different specialised workshops, where the criteria were assessed. Consensus was reached on the assessment and at its meeting on 14 September the EDDP Programme Board confirmed the consensus reached at working level on a latch type design (Scharfenberg) as the European DAC coupling head type.

However, the decision was not made in favour of one of those tested prototypes yet. In the next phase, specific solutions will be presented by the manufacturers to cover the remaining other DAC requirements and DAC Life Cycle costs will be determined. Through this, the EDDP will develop further the DAC specification and compatibility/safety interfaces, later resulting in product pilots, definition of proposals for the TSI revision in 2022, and follow-up open points relevant for batch production. The process will thus lead to the final design of the selected coupling head, ensuring interoperability and operational performance free of royalties/licenses.

All three manufacturers participating in the current test programme are competent in latch type couplings and can boost further development. More manufacturers will join the process in the upcoming stages, all aiming at establishing the Europe-wide DAC standard and enabling the introduction of DAC in Europe.