The 200th FLEXITY In Berlin 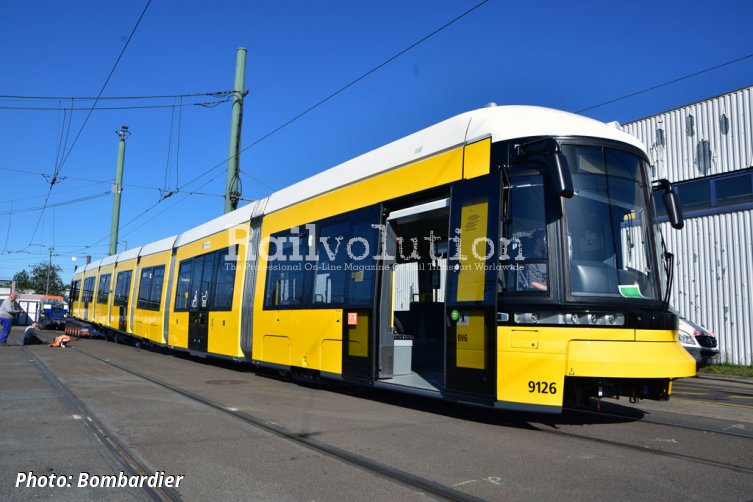 At night 19/20 May 2020 Bombardier Transportation delivered the 200th FLEXITY Berlin low-floor tram to Berliner Verkehrsbetriebe (BVG). 31 more such trams are yet to join Germany’s largest tram network and also the third-largest tram system in the world.

„For 30 years we’ve had a very good partnership with BVG, which has reached another joint milestone with delivery of the 200th FLEXITY. Since 2008, our modern and innovative FLEXITY trams, which were developed in close cooperation with BVG, have been running on Berlin's rails. Over the years, the FLEXITY fleet has covered 65 million km in total“ said Michael Fohrer, Head of Bombardier Transportation Germany.

A designation scheme of the FLEXITY Berlin trams is as follows: