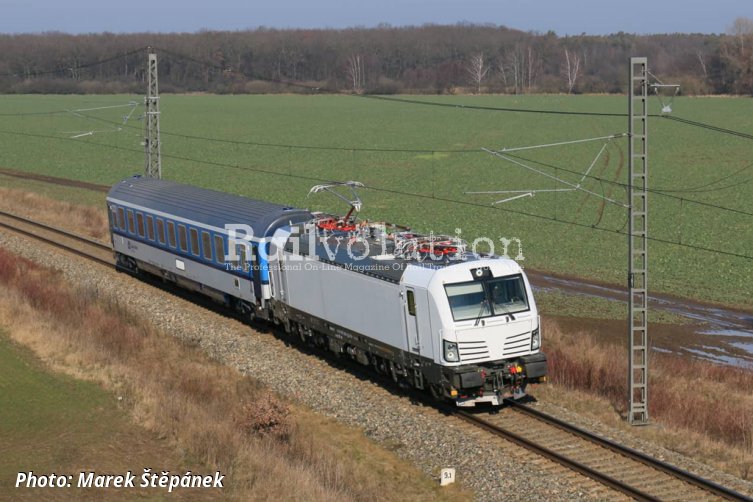 EP Cargo Invest acquires three more Vectron MS locomotives. After two previously acquired 193 823 and 844, together with three 383.060 - 062 delivered less than a year ago, the company ordered additional three Vectrons as an option to the three latter. The first of these, 383.063, was transported to the Czech Republic on 28 January, after which it completed its commissioning run on 9 February 2020. As usually, this took place at the VUZ Velim test centre and in the Poříčany - Velim section. On the same day, 383.063 was used on the large test circuit for test runs of ČD’s Class Bmz carriage (earlier acquired from ÖBB), following its modernisation by DPOV.

383.063 is scheduled to be handed over to the customer at the end of February 2020. The remaining two Vectrons are expected to follow around the turn of March/April and May/June 2020. Like the previous ones, they will be used both for EP Cargo's own services and for the hirings to other operators provided by EP Cargo's sister company LokoTrain.