Traction Equipment For The Elf.eu EMUs 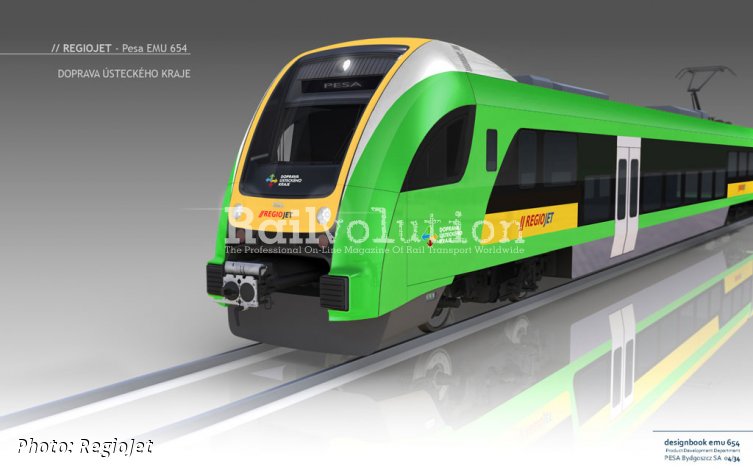 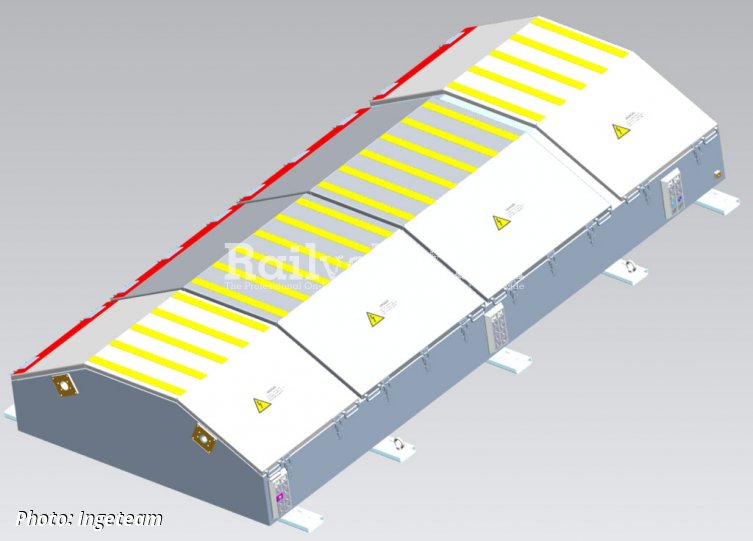 Ingeteam announced today that it was awarded a new contract to design and supply traction equipment for seven dual-voltage EMUs manufactured by PESA, Bydgoszcz. The batch of seven was ordered by RegioJet in March 2019 for regional services in Ústecký kraj in the northwest of the Czech Republic. The two-car trains are of a new, third generation of Elf EMUs, designated by PESA as Elf.eu (not a website address!), since they are intended as an export product, and are an evolution from Koleje Śląskie’s Elf 2 EMUs, ordered in October 2016.

Compared to the latter, the Czech Elf.eu EMUs will feature two essential design differences. They will not be mounted on Jakobs bogies and will thus have a Bo’2’ + 2’Bo’ axle arrangement. They will also have dual-voltage (3 kV DC and 25 kV AC) traction equipment. The latter is in readiness for the future conversion of the 3 kV DC lines on the Správa železnic (ex-SŽDC) network to 25 kV 50 Hz. PESA is also developing a 15 kV AC version of the Elf.eu for other export possibilities - such as to Germany and Austria. This will be the first occasion on which PESA has actually built an AC-voltage EMU of any kind.

The Ingeteam supply will include 14 roof-mounted traction converters, based on the INGETRAC medium power solution, and auxiliary equipment. The solution chosen is based on the three-level technology on the line side (AFE) and on the motor side. This arrangement has been chosen to meet challenging requirements of this project and to optimise the converter’s modular design, maximising energy efficiency while minimising space needed. To simplify maintenance, new diagnosis tools have also been included.

Ingeteam expects to supply its first set of traction equipment during first quarter of 2021. The manufacturing will take place at the company’s converter plant in Ortuella (Bizkaia) factory, inaugurated in 2019. The trains are to be delivered from Bydgoszcz during the second half of 2021 so that they can be put in service in December that year. Until then, during the first two years of the contract, RJ will use its batch of Class 845 DMUs (ex-DB Regio Class 628s).

The PSO contract with RegioJet is to run from December 2019 to December 2029. As the illustration shows, the design of the Elf.eu end cars has been changed significantly from the original Elf 2 designs. The trains will be decked out in a green livery, reflecting the colours of transport system of Ústí region. The contract for these seven trains, worth over 0.5 billion CZK (around 19.5 million EUR), was awarded to PESA on 7 March 2019.

It was very close to the date of the eighth anniversary of PESA being awarded a contract by ČD for a batch of 31 Class 844 LINK DMUs (17 March 2011). This was PESA’s first export order for the LINK, as will be RegioJet’s order for the Elf.eu - both export debuts being in the Czech Republic. It will be interesting to see if the Elf.eu EMU design follows in the footsteps of the LINKs.