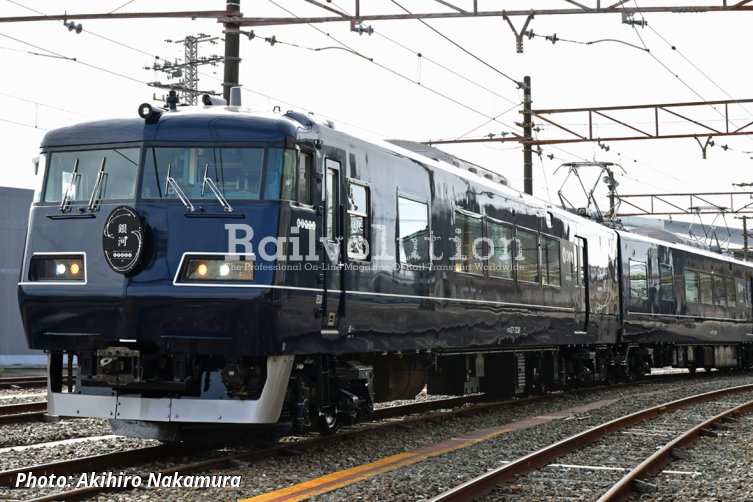 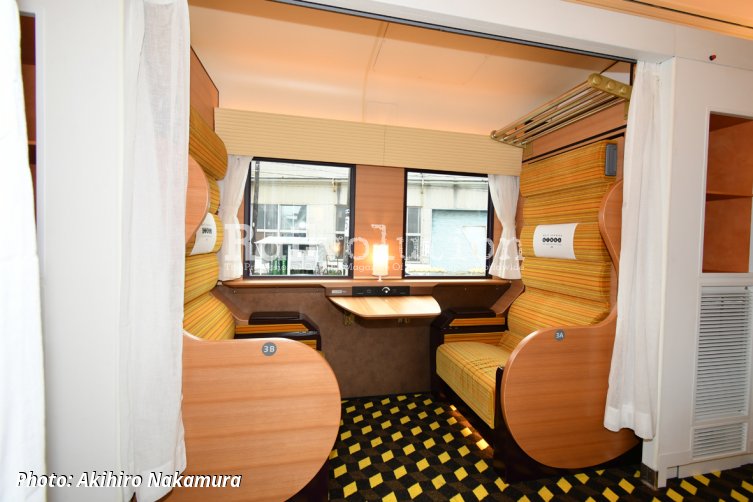 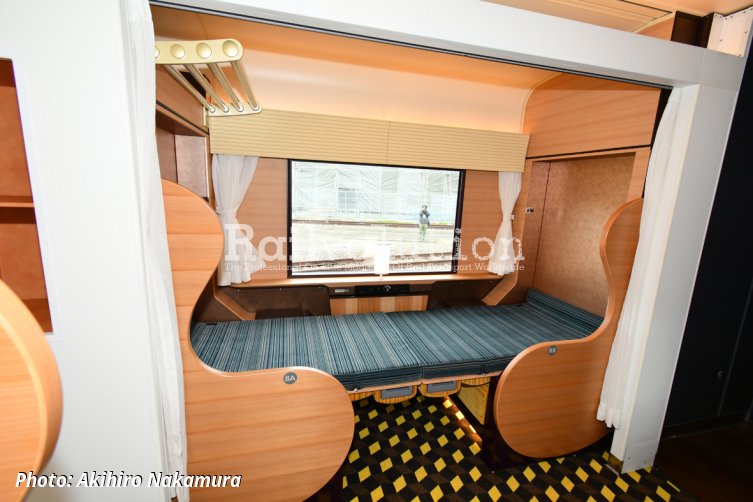 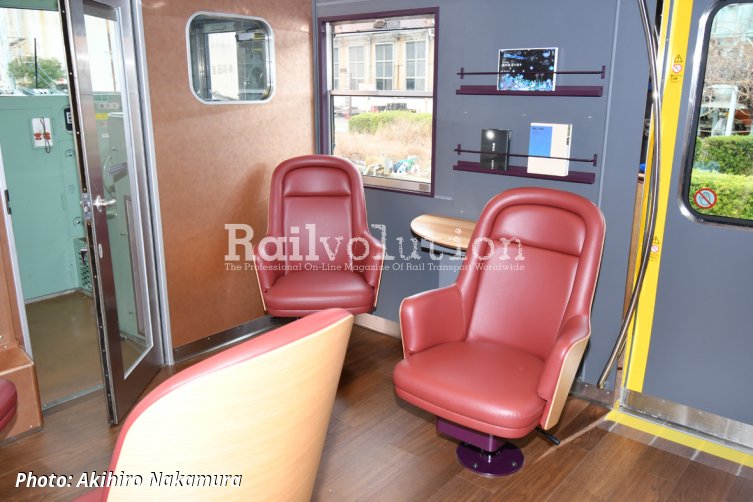 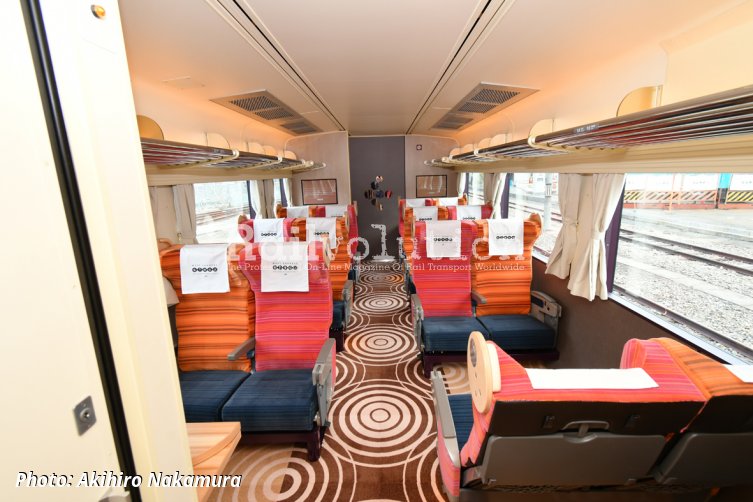 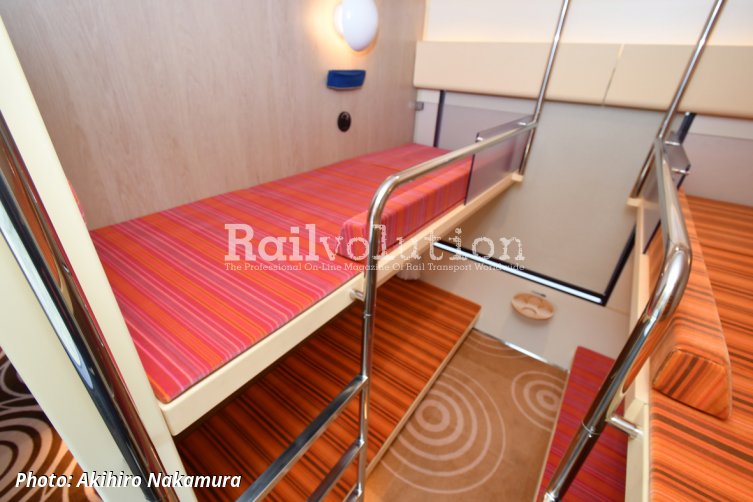 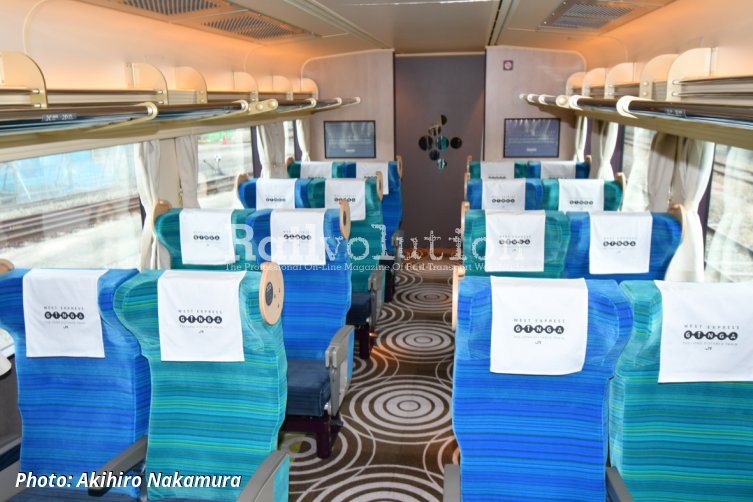 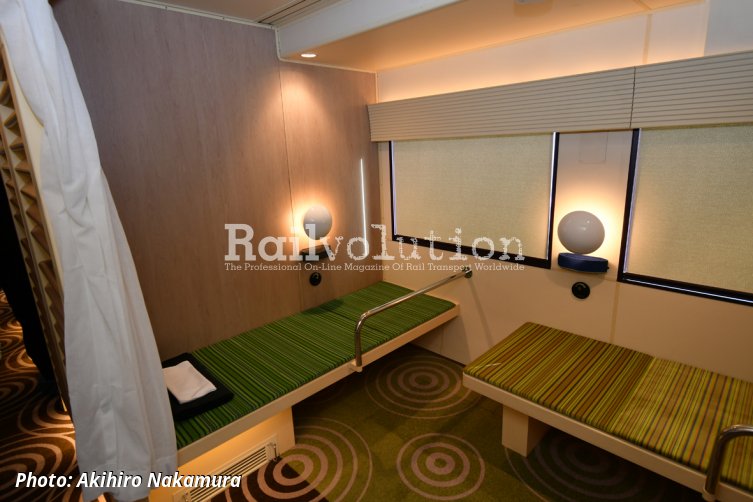 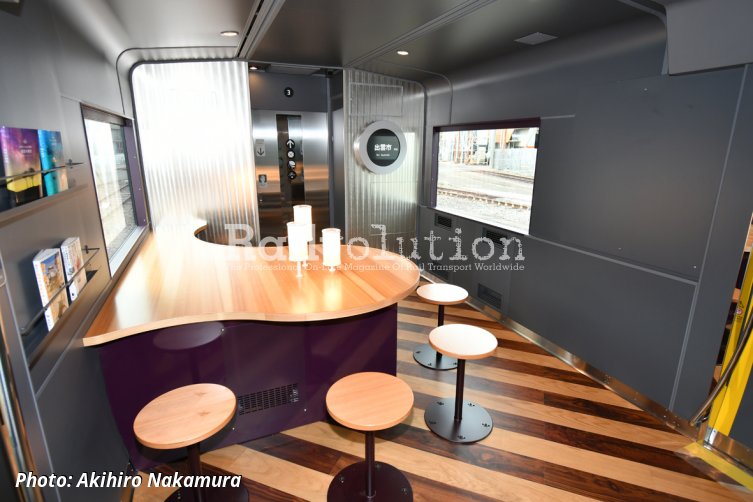 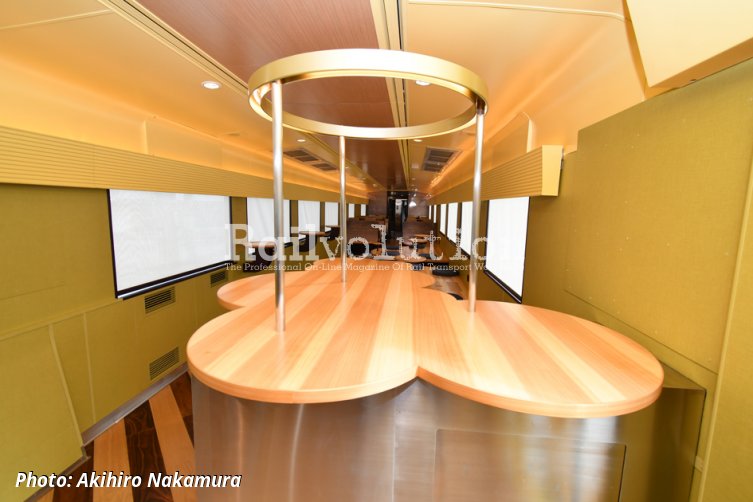 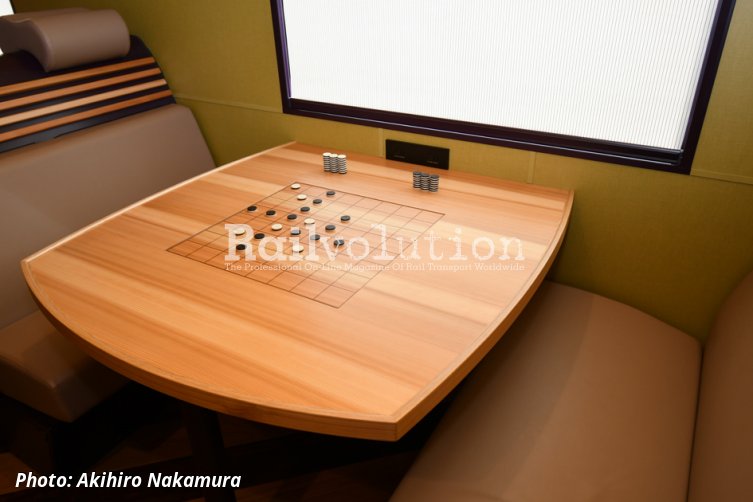 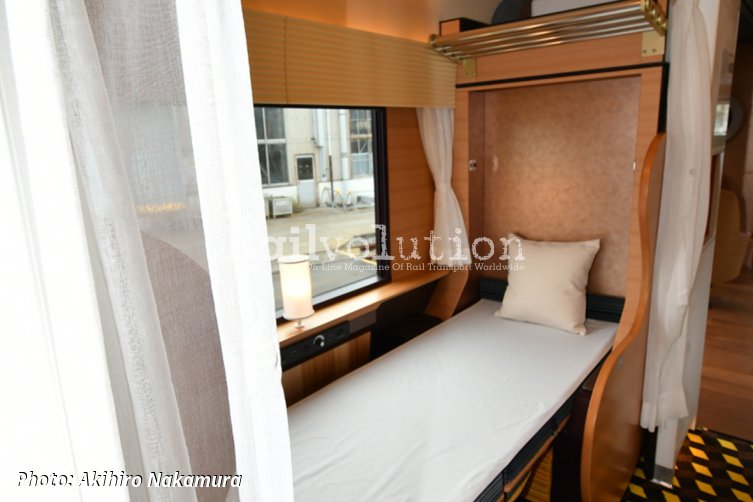 Most of night trains in Japan disappeared with the growing and improving Shinkansen network in last decade. Nowadays there is only one such service using two coupled EMUs on part of the line from Tokyo to Okayama (on its way using three different Railways), where they split and one part continues over Seto-Ohashi bridge to Takamatsu on Shikoku island and the second one to Izumo city in the west of the south part of Honshu island.

On 25 January 2020 JR West introduced a new night train for the new service planned to connect Kyoto and Osaka with Izumo by two pairs of trains weekly. JR West’s brand name for the service is West Express Ginga, where Ginga means Milky way in Japanese. The six-car Class 117 sleeper EMU is rebuilt from the former MOHA 117 EMU used on rapid trains operated on the 1,067 mm Tokaidō and Sanyō main lines.

The sleeper EMU now has 16 first class reclining seats in car 1 used during daytime. There is also a lounge for first class passengers. Second car is ladies only with 3 couchettes and 14 reclining second class seats. There are also dressing compartments and women-only toilets. Car 3 is second class with two four-bed compartments for families and 20 reclining seats. There is also a free space called Venus. The fourth car is a free space available for all passengers. There are various seats and tables and also table games for entertainment. In the car 5 are 18 couchettes, one of them accessible for persons on wheelchair. Car 6 is Green car with four single- or double-bed compartments. There is also a free area, called Comet.

The Class 117 was delivered to JNR between 1979 and 1986 and consists of two trailers and four powered cars, each with four 120 kW traction motors, and with resistor power  control. It operates off 1,500 V DC, a maximum speed is 115 km/h (a maximum design speed 120 km/h). West Express Ginga train is painted in sapphire blue color.