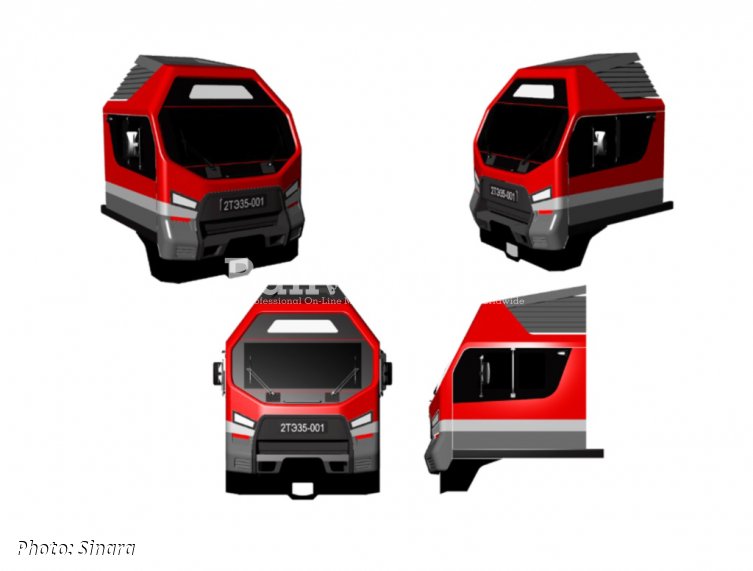 The order, based on the November 2020 agreement, envisages delivery of the locomotives until 2031 and construction of maintenance infrastructure in the territory of the Far East and East Siberian Railways. It is planned that the first two 2TE35A locomotives will start test operation in 2022. The batch production will be carried out at the UL works at Verkhnyaya Pyshma.

The 16-axle locomotive, which will be able to haul trains weighing up to 7,100 t, was developed by the STM Research centre according to the RZD requirements. Almost all components are stated to be from Russian enterprises. The 3,650 kW Type 16DM-185T diesel engines will be produced by UDMZ (Uralsky dizel-motorny zavod, Ural diesel engine plant, part of STM) and will meet EU Stage IIIA requirements. The Type TAD430 asynchronous traction motors will by built Tyagovye komponenty (Traction components), also part of STM.

Anton Zubikhin, STM Deputy General Director for Sales, commented: „The new RZD order is an important step in the development of domestic railway engineering. We enter into a principally new sphere of business - the mainline diesel locomotives. I would like to emphasize that the Class 2TE35A locomotive has a serious sales potential in the 1520 mm gauge market.“