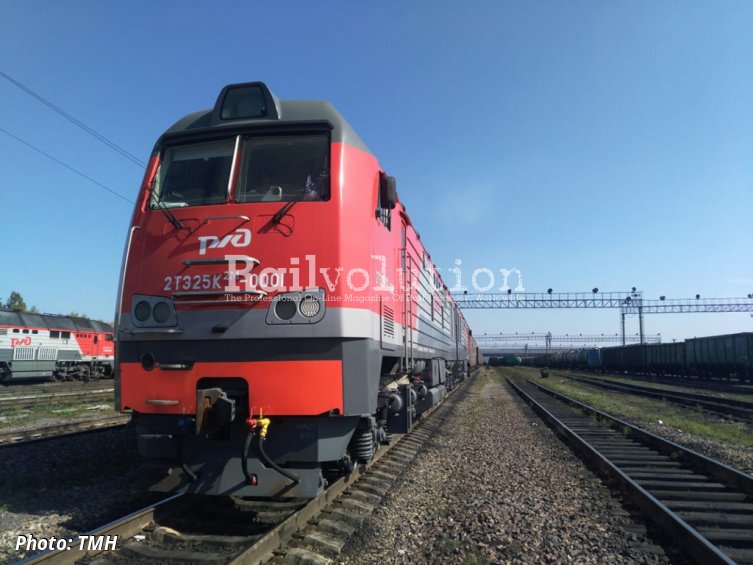 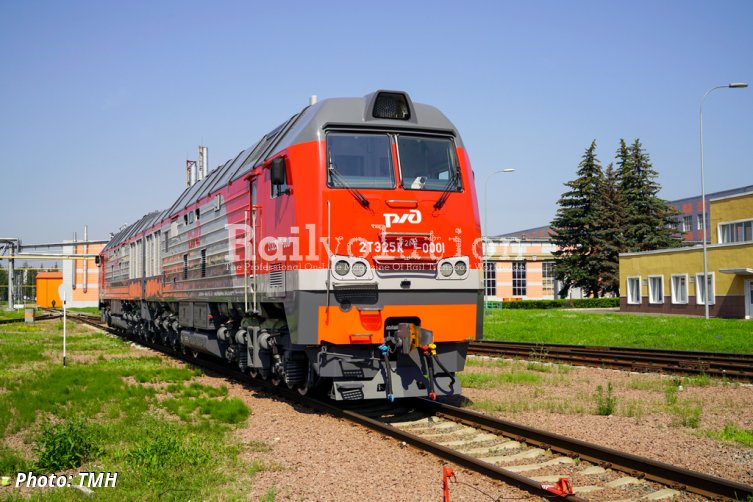 In the first half of November 2020, 2TE25K2M-0001 diesel locomotive completed comparative tests on the BAM (Baykalo-Amurskaya magistral). 2TE25K2M-0001 was built in June 2020 and is first of the new two-section Class 2TE25K2M manufactured by BMZ.

It is a two-section „sister“ of a three-section Class 3TE25K2M which was created in 2017 for operation on the BAM, to haul trailing loads of up to 7,100 t under harsh climatic conditions. This family carries the designation 2M, which stands for Second Modification. It has a top service speed of 100 km/h and General Electric 12-cylinder GEVO12 diesel, rated at 3,100 kW, in each section.

The new two-section version was designed to haul trailing loads of up to 5,600 t. The design of the „2M“ locomotive makes it possible to create even a four-section version, which would result in a total power of 12,400 kW.

The 2TE25K2M-0001 prototype is located at the Tynda depot, and its November tests were organised on the BAM stretches Taksimo - Tynda and Tynda - Shturm on the Far Eastern railway (Dalnevostochnaya zheleznaya doroga). The main objectives of the tests were to confirm the possibility of hauling the 5,600 t trains on the BAM without a banking locomotive, and to compare the fuel consumption of a two-section Class 2TE25K2M and a three-section 3TE10MK Class hauling there the trains of the same weight at present.

2TE25K2M-0001 demonstrated its high traction parameters on the sections with a difficult profile - with the curves of a small radius, with steep gradients and tunnels. The locomotive also passed the highest point at 1,316 m above sea level on the Ikabyekan - Mururin climb without any problem, confirming the requirements defined in its technical conditions. The Class 2TE25K2M locomotive showed a 10 % fuel savings compared to the Class 3TE10MK locomotives.

Comparative tests of 2TE25K2M-0001 resulted from the RZD plans to renew its locomotive fleet at the Far East. Based on the test results, the prospects for the batch order by RZD and the use of Class 2TE25K2M locomotives on the BAM will be assessed.

The batch-built three-section Class 3TE25K2M locomotives started operation in early 2020. To date, 40 of these have been built, they are allocated to the Komsomolsk-na-Amure depot. In 2019 BMZ also built Class 2TE25K3M and 3TE25K3M prototypes of a Third Modification (3M). These 100 km/h locomotives are equipped with 2,850 kW Type 18-9DG diesel engines, produced by Kolomensky zavod. So far, only the mentioned prototypes were built.