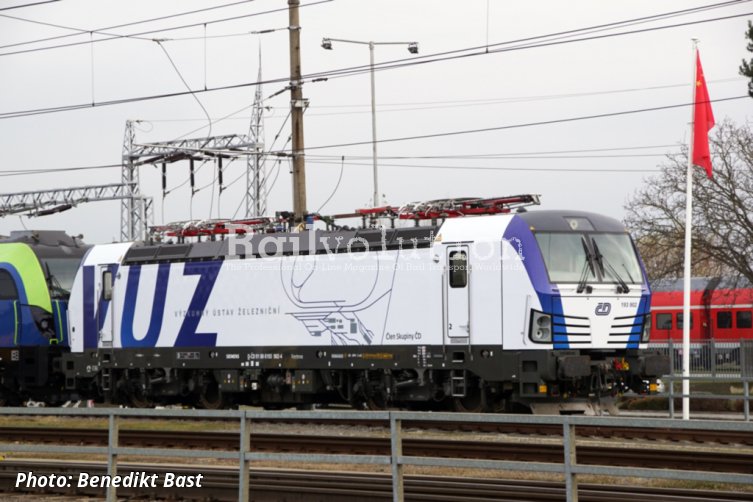 A newcomer to the ČD fleet - Vectron 193 902 - has already received the new vinyls. They clearly shows that the locomotive will be used for tests realised at the VUZ Velim test centre (and elsewhere on the public network). However, it will also be used to haul trains in regular service.

The quadruple-voltage locomotive has a 6,400 kW output. For tests on the large circuit at the VUZ Velim centre, the maximum speed will be increased to 210 km/h (compared to the standard 200 km/h).